According to a report from the Sun, Crystal Palace are set to make a move for West ham’s Michail Antonio in the coming days. The report reveals that the Eagles view the Hammers speedster as a replacement to their star forward Wilfried Zaha, who is expected to leave the club in the summer.

Antonio has been with the Hammers for four years now since making the switch from Nottingham Forest back in 2015. The report reveals that West Ham are reluctant to sell the 29-year-old and rightly so considering the circumstances.

The Hammers finished 10th in the league last campaign but with a bit more consistency, they could well have broken into the top-seven. A new season brings new hopes for the Hammers fans and Manuel Pellegrini with a little help could take West Ham to new heights next season. 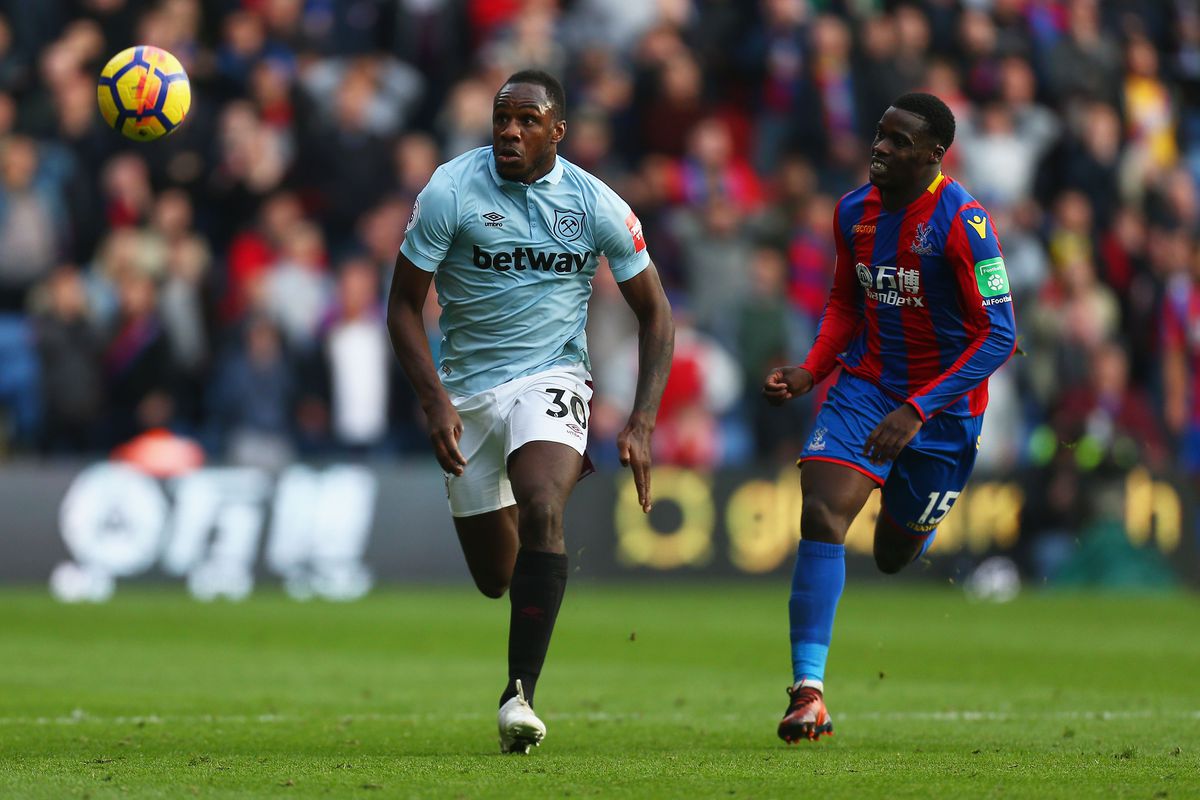 The Hammers will be in a little spot of bother as a number of their forwards are expected to move on. Lucas Perez has been sold; while Javier Hernandez and Andy Carroll could also move away from the Olympic Stadium in the coming weeks.

This would massively increase the need for a new attacker for West Ham, with whom they can line up a deadly trio, with Felipe Anderson and Andriy Yarmolenko either side of him. However, the Hammers will again need to reinvest on a backup if Michail Antonio is sold.

This would be needless as Antonio is an incredible asset for the Hammers, as proven time and again over the past few years. The Englishman scored 7 goals and provided 7 assists last season in all competitions, which is an impressive number for someone who isn’t really a consistent starter.

Antonio is one of the most versatile players in world football, thanks to his ability to play anywhere across the front three, as well as in either full-back positions. The 29-year-old is incredibly quick and is capable of taking on players to cause serious damage to the opposition.

This could be used as a very important weapon by Manuel Pellegrini next season by bringing Antonio in the latter stages of the game to use his energy which would cause immense damage to a tiring side in the last quarter of the game.

Michail Antonio is a wonderful asset for the Hammers and losing him would make very little sense, especially considering the number of players that they are already set to lose. Antonio’s versatility will be a huge asset to the Hammers next season and he at no point should be sold by Pellegrini in the summer.