According to a report from The Sun, Ajax’s Moroccan sensation Hakim Ziyech is eager to complete a move to the Premier League and to Arsenal in particular.

The report reveals the Gunners will have to pay up his release clause of £25million to secure his services and it would arguably be one of their best signings in the last decade.

The Gunners came ever so close to returning to the Champions League but slipups in the Premier League combined with a hugely disappointing performance in the final of the Europa League ruined their chances of a return to Europe’s most elite competition. 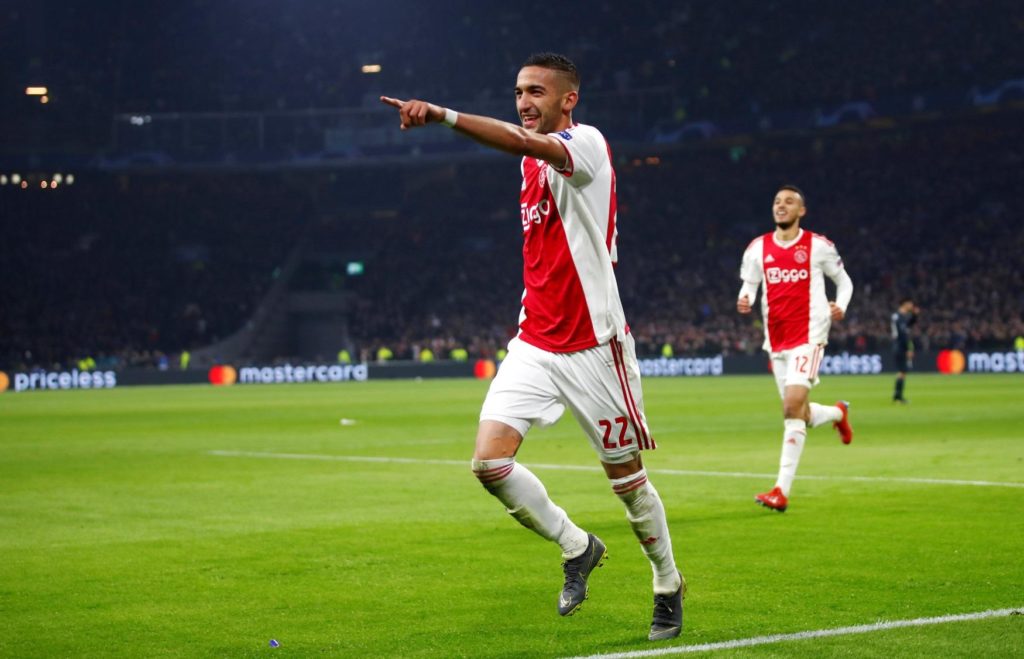 Unai Emery, on the whole, should be satisfied with his first season in charge of the Gunners after Arsene Wenger stepped down at the end of last season but his true colours will be visible next campaign.

The Spaniard has a massive summer transfer window ahead of him and if he fails to get his signings right, Arsenal could well remain in the place that they are at the end of next season.

Emery has brought in a completely different philosophy to that of Wenger’s and that has had an impact on the performances. However, with a season’s worth of experience of playing under the former PSG boss, Arsenal will have no excuses to deliver the goods next season.

Arsenal’s biggest problem this season in the attack has been their issues with the wide players. Young Alex Iwobi has been used consistently by Emery and the Nigerian has brought in a different dimension to the Gunners.

Iwobi’s driving runs have certainly had an impact on Arsenal’s attacks but his decision making in the final third has been a let down on more than one occasion.

Unai Emery’s utilization of Mesut Ozil has hampered the German’s performances while Henrikh Mkhitaryan has had a highly underwhelming campaign.

Arsenal will have to solve the issue ahead of next campaign and no player would be better than Hakim Ziyech. The Ajax superstar had a phenomenal season, having scored 21 goals and provided 24 assists in all competitions.

Ziyech comfortably tore defences apart last season and he can do the same for the Gunners next season. The 25-year-old can play on either wing as well as in a number 10 position, which is a massive boost for a side like Arsenal.

His work-rate will definitely be pleasing to Unai Emery and his ability to have a real impact in the forward areas of the pitch will propel the Gunners’ chances of a successful second season under the Spaniard.

Hakim Ziyech has the potential to be one of the best players in the world and Arsenal will be lucky to get him this summer.

£25million for a player of the Moroccan’s calibre is a throwaway price and Arsenal missing out on him could prove to be one of the biggest transfer blunders since making a mockery of a bid for Luis Suarez a few years ago.