According to a report from the Daily Star, Arsenal have enquired AC Milan over the possibility of signing Gianluigi Donnarumma in the summer. The Gunners will lose Petr Cech in the summer after he announced that he will retire.

This leaves Arsenal with just Bernd Leno as their experienced goalkeeper but the report reveals that Unai Emery isn’t convinced that the German is good enough at the highest level.

Leno struggled initially after joining the Gunners from Bayer Leverkusen but he has been solid since the turn of the year.

However, Arsenal’s need for a new shot-stopper is evident and a player like Donnarumma will be an immense addition to the squad and the competition between the two keepers will give Emery a good headache in terms of team selection.

Arsenal missed out on the Champions League after the loss to Chelsea in the Europa League final on Wednesday. A win will be a perfect farewell for Petr Cech and it will open a perfect opportunity for the Italian to take over.

Emery has had Leno as the first choice in the Premier League, while Cech has been a regular in the Europa League. The same system is expected to carry on next season if the Gunners sign a new goalkeeper in the summer and it would be perfect for someone as young as Donnarumma.

The young Italian burst onto the scene as a teenager and took the world by storm with his impressive performances.

Donnarumma is highly talented and despite only being 20 years old, has played over 160 games for Milan since making his debut back in 2015.

Standing at 6 feet 5 inches, The 20-year-old has all the traits to be one of the best goalkeepers in the world and is the rightful heir to Italian legend Gianluigi Buffon’s number one spot in the national team.

Donnarumma’s reflexes are top notch and his agility while coming off the line has been impressive. The Italian, despite his huge frame, is incredibly quick to go down to stop a shot but the most impressive trait is his ability to get back up just as fast.

The shot-stopper is extremely comfortable with the ball at his feet, which ticks the box for Unai Emery’s system. His eye to pick out a teammate from the back is fantastic and he would be a brilliant addition to Arsenal next season. 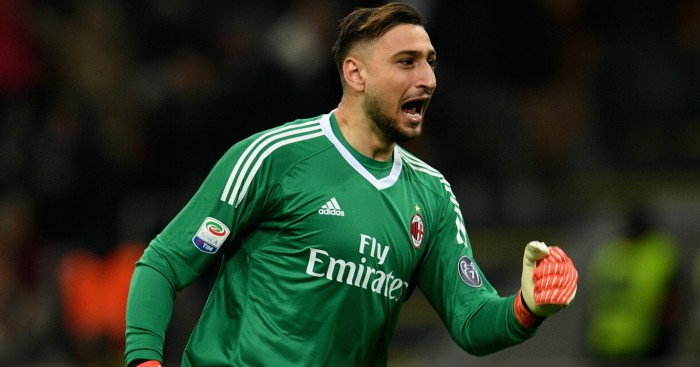 Arsenal signing Gianluigi Donnarumma would be a massive statement of intent in the summer and their goal would be secure for a long time.

The Italian will massively improve in the Premier League and Unai Emery has identified a real gem.