According to a report from GFFN, Crystal Palace are set to battle it out with Arsenal and Paris Saint-Germain for the signing of Nancy’s 18-year-old attacker Bilel Hassaini in the summer.

The former French under-17 international has reportedly rejected a new deal at the club and has his sights on a move to Ligue 1 champions PSG.

However, the report reveals that at both Arsenal and PSG, he will have to come through the youth setup before he can have a go with the first-team but Palace have made it clear that he will be given a chance with the main squad under Roy Hodgson next season. 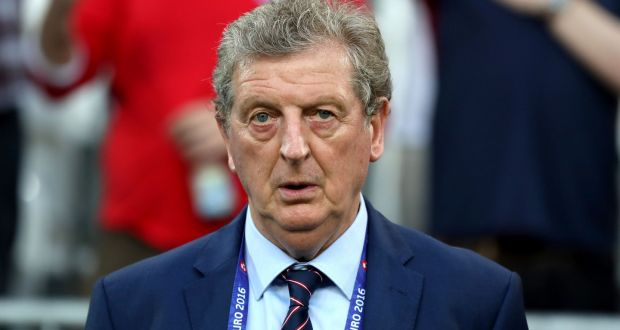 A chance in the biggest league in the world as a first-teamer is an exciting prospect for any footballer in the world and Hassaini would surely be no different. Palace would have a real gem on their hands if they can pull off this deal and he fits perfectly in their squad.

The Eagles had a pretty decent campaign in the Premier League last season and if they had somehow managed to be a tad more consistent, they could well have broken into the top half of the league table.

However, a poor run of form at home squandered any chance they had of making it to where they should have but Hodgson should be pleased over how well his side performed against some of the bigger teams last season.

Hodgson will obviously look to improve next season and there are multiple areas of his squad that need addressing. Andros Townsend had a hit and miss season despite scoring 6 and assisting 5 more in the league.

The former Spurs man should have done a lot more but inconsistency cost him his chances of getting into double figures. Palace had nobody but him as an out and out right winger to use but that could change with the signing of Bilel Hassaini this summer.

The teenager has all the qualities to succeed at the highest level in the coming years and attention from the likes of Arsenal and PSG is enough evidence as to why he is so highly rated in France.

An absolute machine on the right flank, the Frenchman has the pace to burn for days and his dribbling skills are already one of the best in France.

If he was to be compared to someone else, he looks to be the perfect hybrid of Lionel Messi and Mo Salah and under proper management, he can very well emulate the two future legends of the game in the coming years.

Bilel Hassaini still has a long way to go in his career and a move to the Premier League will certainly benefit him in the long run.

His ability to cut inside from the right flank before dribbling his way into the box is reminiscent of the best player in the world (Messi) and if he can keep his head down and work hard, he could well reach those levels in the next decade.