West Ham United is a club that is on the rise in the English football. Having seen a topsy-turvy period for the large part of the past decade, the Hammers have managed to achieve stability and under manager Slaven Bilic, they are looking to scale new heights and the move to the Olympic Stadium ahead of this season has represented a major signal of intent by the Londoners of their future ambitions.

Throughout the last ten years, managers have come and gone at West Ham. The club has seen some very high moments, none so than the top-half finish in the Premier League last year and at the same time have suffered the ignominy being relegated to the Championship back in 2011. Plenty of players have gone through the doors during this period. Some have gone on to achieve bigger thing with the club while quite a few have dwindled out and have moved on. Here we give you, two of the best and the worst signings the Hammers have made in the last ten years: 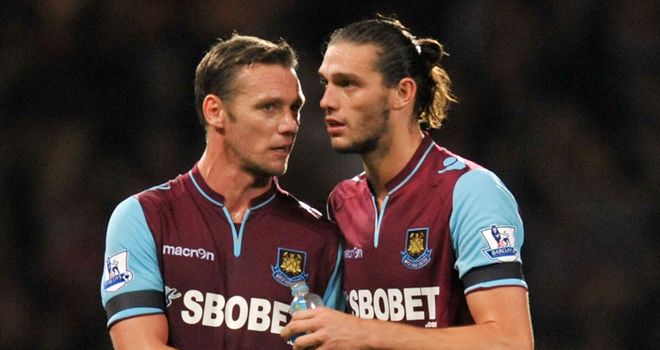 There haven’t been many West Ham players over the past five years that have been as dependable and reliable as Kevin Nolan.

Having donned the captain’s armband since his arrival in 2011 till his departure in 2015, Nolan commanded the middle of the park with his wisdom and bucket loads of experience, and played a massive role in his first season at the Upton Park, guiding the club back to the Premier League in 2012, scoring 12 goals in the process.

The former Newcastle midfielder continued to set the standards and lead by example in the Premier League and played a key role in and consolidating the club in the English top division. While his influence began to wane down not long after, the impact he had at the Hammers was immense and Nolan deserves to be recognized as one of the best footballers to have donned the West Ham colours in the last decade, having made 157 appearances in all competitions scoring 31 goals.

Winston Reid was signed in 2010 from FC Midtjylland amid some controversies, but since ever since he completed the move, the New Zealander has been an ever-present in the Hammers’ backline.

Not often does he receive the credits and plaudits that he so clearly deserves, but managers past and present have been able to rely upon the defensive stalwart to deliver when needed. An old-school defender in all senses, Reid may lack the technical skills or the ability to play the ball, but he more than makes up for it with his aggressive and no-nonsense approach to defending.

An astute tackler and a big physical presence at the back, Reid has made 191 appearances for the Hammers so far in his six and a half seasons and looks good for many more.