Tranmere 0-7 Tottenham: Spurs into the 4th round of the FA Cup

Tottenham faced a trip away from London to face League 1 side Tranmere Rovers in the 3rd round tie of this year’s Emirates FA Cup. The gulf in quality was visible right when the starting line-ups were announced. Spurs had 3 first team regulars in theirs but Tranmere had no players with any Premier League experience whatsoever.

The home side began with a 3-5-2 formation with James Norwood and Connor Jennings as the two real attacking options. Spurs began with Juan Foyth in the heart of the defence and gifted rare starts to Oliver Skipp in midfield along with the Spaniard striker Fernando Llorente.

Spurs began positively and could’ve gone ahead on more than one occasion before the 30-minute mark. Heung Min Son and Lucas Moura both had chances from close range but Tranmere keeper Scott Davies was up to the task on both occasions. 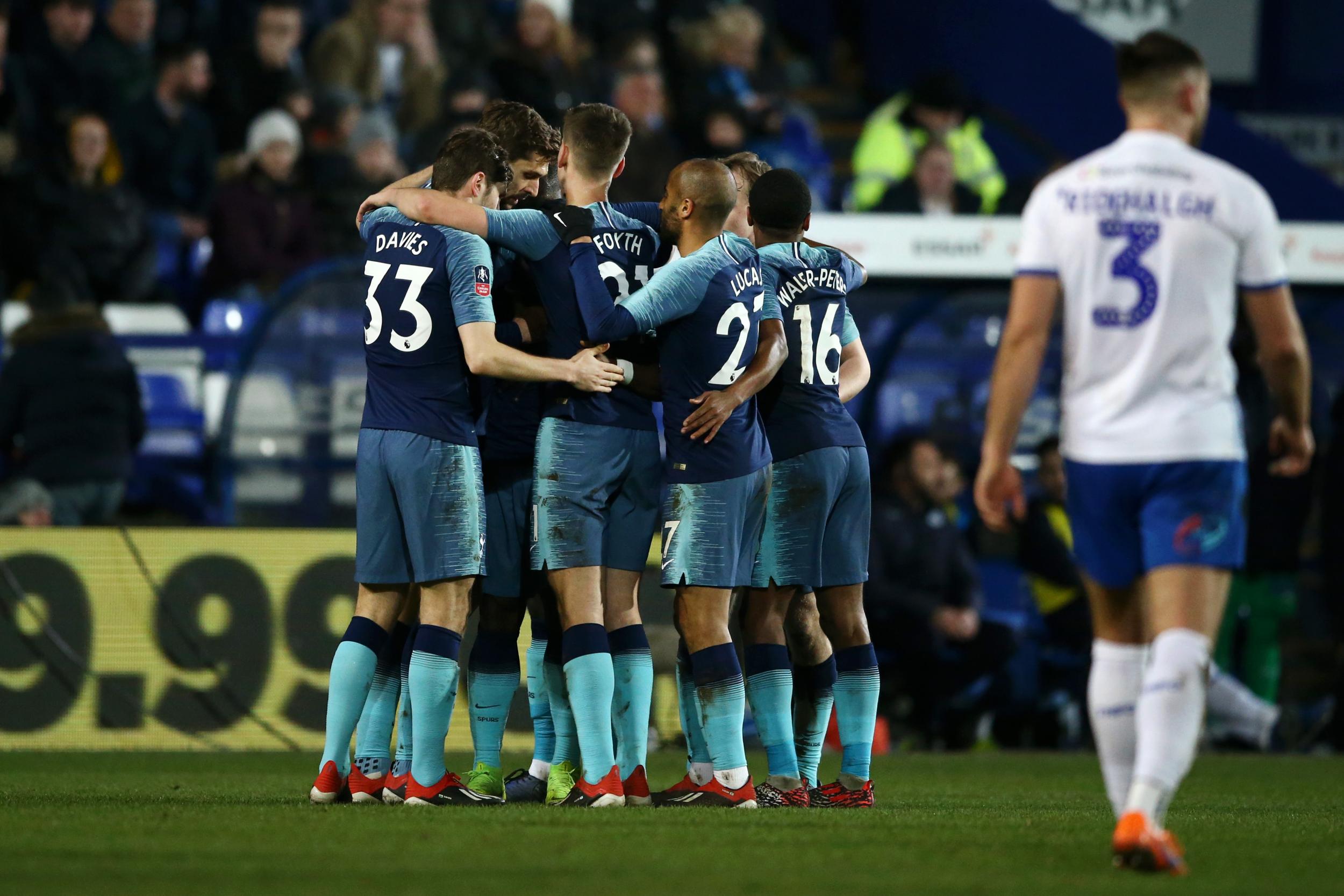 Tranmere had an excellent chance in the box from a corner. Emmanuel Monthe lost his marker and had a free header on goal which knicked just over the bar. From then on, there was a flurry of Spurs half-chances. But the Tranmere defence stood strong until the 40th-minute mark.

A strong run into the box from Walker-Peters sent the Tranmere defenders into panic mode. His run was finally stopped in near the 6-yard box from where it was hoofed clear. The clearance went straight to Norwood who was looking to turn the defenders but his touch let him down. Serge Aurier stole the ball off his feet and released a rocket that swerved into the right-hand top corner of the Tranmere net.

Three minutes after the halftime break, this was a different game altogether. Son was able to run past Monthe with ease on the right-hand side and went straight to the by-line. His cut back expertly found Llorente who couldn’t have asked for an easier chance than the tap-in.

A few minutes later Tottenham tripled their lead when a long ball towards the box was controlled by Son and he was given the time he needed to turn, look up and find a pass to Serge Aurier who was bombarding down the right flank. Aurier finished the chance well and Spurs were 3-0 up all of a sudden. The game was beginning to unravel and in the next few minutes, Son got another chance when he was given the space and time to go on an adventurous dribble into the box and was even able to find the net from an acute angle to make it 4-0.

The 70th-minute mark saw Oliver Skill carve the Tranmere defence in half with a gorgeous grounded through ball in between centre-halves. Llorente controlled in the box and finished with composure – his second on the night. He immediately got his 3rd goal on the night as well when a minute later, Lucas Moura dribbled down the left-hand side and delivered a low cross that was beautifully flicked into the net by an arriving Llorente.

To finish the game off, Dele Alli played another brilliant through ball that found substitute Harry Kane in the box who dinked the ball over the onrushing keeper to make it 7-0 to Spurs on the night.

We must protect Sonny at all costs to prevent him from creating a Twitter account. He’s too innocent to enter this dark world. 😆🙏

We can beat Chelsea Tuesday coys

Well played knew a 3 back system will work wonders for this team considering Aurier, Trippier and KWP playing attacking much better than defending. Not to mention Lucas and Son acting more like forwards. However against a decent side in the Premier League 4/7would have been saved

Thank you for taking us to the 7 heavens 😉