Maurizio Sarri is the new epitome of making a team play in attractive fashion. His style of football at Napoli was something brilliant and reminded us of how the Pep Guardiolas and the yesteryear greats like Johan Cruyff used to play. It is a bit surprising that Sarri, who is Italian-born, learnt the art of playing “the beautiful football.”

No disrespect to the Italians though, it is just that they are quite different to what the Spainiards offers to the game. So, Sarri adopting the so-called “Spanish or Barcelona way” of playing is credit to him, and the players with which he implemented the system successfully at Naples.

Here we take a look at how the Italian team played under the enigmatic manager, and what Chelsea fans can expect to witness this season: 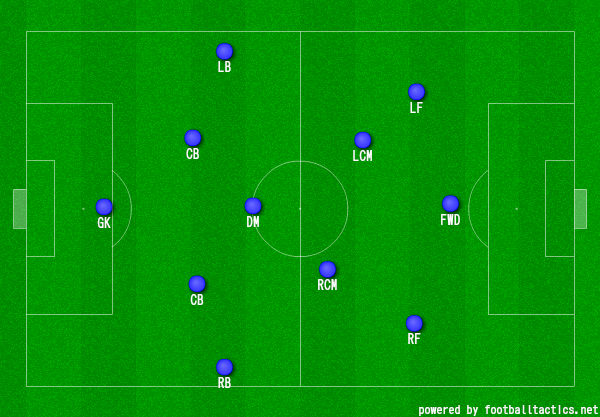 As shown in the above image, this is the starting formation of a team playing under Sarri. A unique thing to witness here is the way the midfield is set up. At Napoli, Jorginho played in that defensive midfield/anchorman role, dictating the tempo of the game. Allan generally played in the right central midfield position (RCM) and make a box-to-box run depending on the situation.

Meanwhile, the left-sided midfielder, who was Marek Hamsik, made the runs made by a second striker in possession. The two wide attacking forwards are narrow in possession, allowing the full-backs to have space on the outside. The central forward player is more of a false nine, linking up play and interchanging positions with wide players. 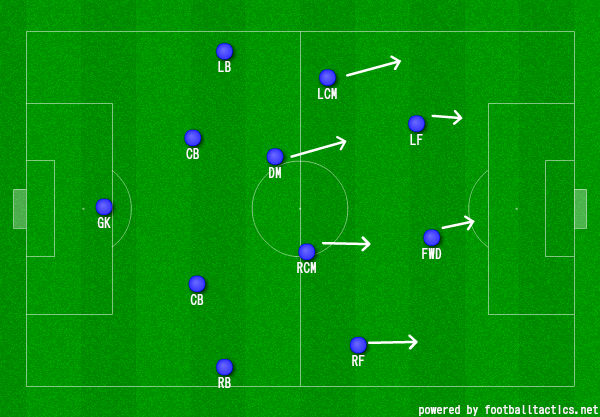 Now, here is something different to talk about, which is not very common – the change in formation while pressing higher up the pitch. The centre-forward is joined by either of the wide players (depending on which side the ball is being played), so that both of them combine to mark the opposition centre-backs.

Going by the above image, the left-forward is up there, making the formation 4-4-2 without the ball. In this situation, the left central midfielder has to cover the left-wing, pressing the right-back. It is quite distinctive and fascinating, to say the least. 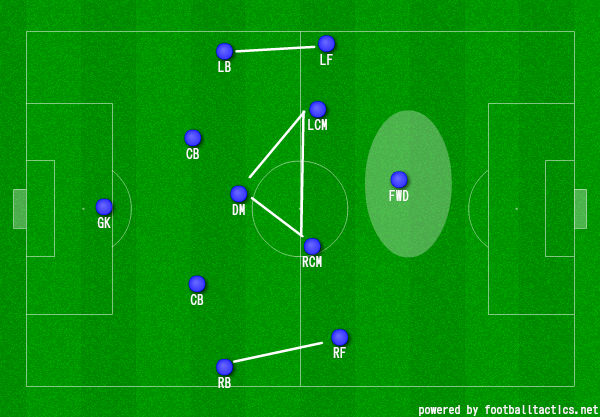 The above image shows the defensive shape of a team under Sarri. The two wide forwards will track and be as close to the full-back as possible. The main forward will track back and join the midfield to man-mark the opposition defensive midfielder. The midfield three will be close together to make it tough for the creative players to find space.

In general, the defensive line will be high, squeezing up to not offer space in between the lines.

This is the general overview of what “Sarri-ball” is. Chelsea fans should be excited by the prospect of playing a brand of football which is completely opposite of what it has been for the past decade under the likes of Jose Mourinho and Antonio Conte.