Why Swansea City should keep hold of Andre Ayew amidst interest

According to a report in Sky Sports, German side Werder Bremen and Italian side Sampdoria are both keen on taking Swansea City forward Andre Ayew on loan for this season before the European transfer deadline day.

It is reported that the Bundesliga and Serie A clubs want the Welsh side to continue paying a portion of the player’s £80,000-per-week wages in case of any potential deal. (h/t Sky Sports)

Ayew, who joined Swansea on a free transfer from from Marseille in 2015, played for Turkish side Fenerbahce before returning to the Liberty Stadium this summer.

The Ghana international has so far played three Championship games, assisting two goals and looking threatening as a wide forward.

Here’s why it won’t be a good move for Swansea to let go of him on a loan deal, that too while paying a portion of his wages:

Ayew is now an important player for the Swans

Predominantly a left-winger, Andre Ayew is a versatile forward player who can play as a striker, right-winger or as a number 10 if required.

With two goals and two assists in four appearances in all competitions so far this season, the Ghana international has shown that he is ready to make a positive impact in a Swansea shirt this season. 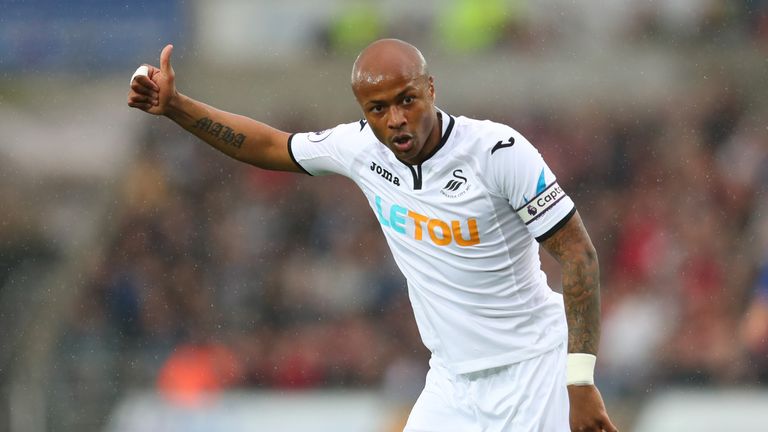 In terms of his attributes, Ayew has good pace to burn and is an excellent dribbler of the ball. He can pick out key passes in the final third while finishing chances and being capable of running the channels on the counter to stretch the defence.

We can clearly say that the 29-year-old is good enough to really be a positive presence in the Swansea squad throughout this season and beyond. His experience and quality can help the Welsh side to overcome the loss caused by the departure of Oli McBurnie.

Thus, we can conclude by saying that Swansea City shouldn’t let Andre Ayew go amidst interest. By keeping him, the Welsh side is better placed to finish in the top-six.