Tottenham 3-1 Leicester: Spurs grab an important win to stay in touch with the leaders

Tottenham continued their quest to keep themselves interested in the title race with a tight 3-1 win over Leicester City at Wembley. Davinson Sanchez, Christian Eriksen and Heung-Min Son were the scorers for the home team, while Jamie Vardy was on the scoresheet at the other end.

The Foxes made a very good start to the game and had a couple of very presentable opportunities. Harvey Barnes once had a chance to slot the ball past Hugo Lloris but his lack of composure in front of goal came to the fore.

In the 33rd minute, Spurs worked their corner routine very well, with Eriksen finding the run of Sanchez in the box. The Colombian made no mistake in heading his side ahead.

A few minutes into the second half, Leicester got a penalty. Vardy, who was just subbed on, stepped up to take it. The Englishman went for placement instead of power and Lloris read that to save it. That was a big moment in the game as Tottenham were on the ropes and an equalising goal would have punctured their confidence. 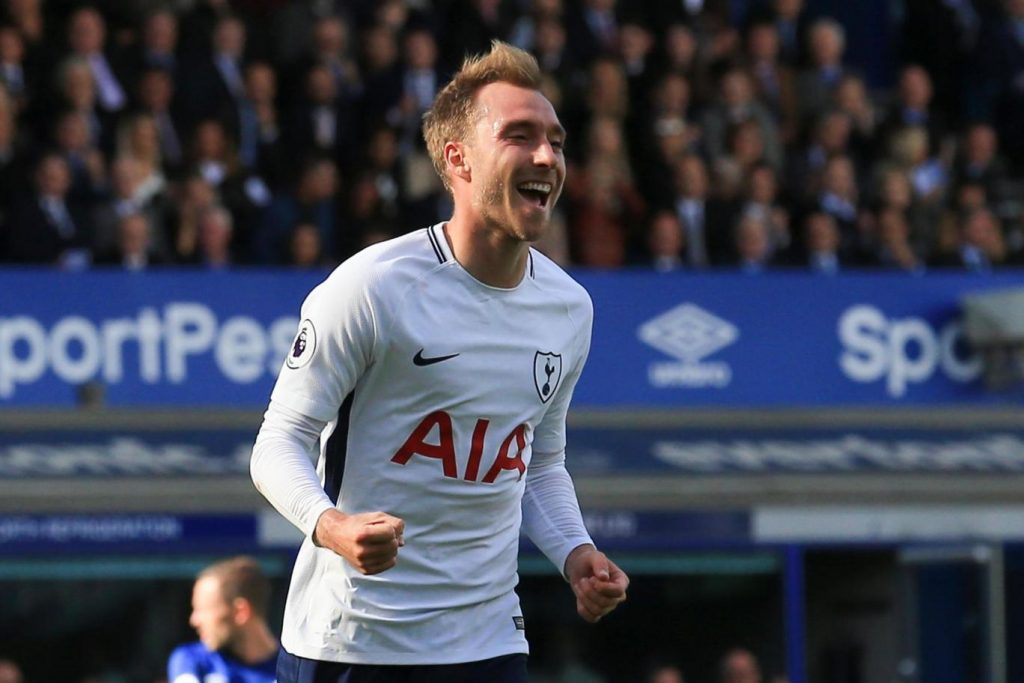 A couple of minutes later, Eriksen doubled the home team’s advantage with a good strike from outside the box. The Foxes then straightaway had a great chance with Barnes to pull one back but the youngster couldn’t place his shot away from the keeper.

The visitors eventually pulled one back 12 minutes from time after some tidy possession work led to Ricardo Pereira having the ball at the byline. The Portuguese did well to drill the box across the six-yard box and Vardy was there to score.

Just as the Foxes were pushing for the second goal, Spurs broke on the other end in stoppage time with Son having half the length of the field to run with the ball. He beat Kasper Schmeichel to seal the points.

It was relief in the end for Mauricio Pochettino’s men, who were a tad lucky to come away with three points.

OMG I swear, supporting Spurs is not good for my heart 😂

The finishing has been the difference today. Leicester had some terrific chances. Four wins in a row when we really haven’t played that well!

Hugo deserves a huge shoutout today, if he didn’t save that penalty we wouldn’t of won the game. Definite MOTM

Trash ref. Michael Oliver should never be allowed to referee any more professional football matches from now on.
Sissoko and LLoris MOTM

Not our best performance Leicester defo could’ve got something out that game but what’s important is we grind out results when times are tough which is exactly what we’re doing rn. This team is maturing massively. #COYS #TOTLEI