Arsenal Player Ratings vs Brentford: Here’s how the Gunners fared

Thanks to a first-half brace from Danny Welbeck, Arsenal were able to pick up a 3-1 win against Brentford in the League Cup. The Gunners dominated the game for much of the first half that saw Welbeck score a superb brace before Alan Judge restored some hope by curling in his free-kick in the second half.

But all those hopes faded away when substitute and in-form striker Alexandre Lacazette came off the bench to score a third in stoppage time. Arsenal continued their winning form under Unai Emery after losing two of their opening fixtures of the season.

He was unable to do anything about the goal but did look comfortable with the ball at his feet. He certainly helped the defenders feel more at ease. Leno also made a couple of decent saves on the night.

His pace, energy and intelligence were all on display as the former Juventus man put in a good shift. He also made a couple of vital tackles late in the second half.

The German was once again nervy and made clumsy decisions at times. But he did make a few important clearances in the first half.

Holding’s ability on the ball is phenomenal. His decision making was brilliant and he is starting to get better.

A good display from the Spaniard who has been consistent for the Gunners. He picked up the assist for Welbeck’s second goal but didn’t offer much going forward apart from that. He was defensively solid. 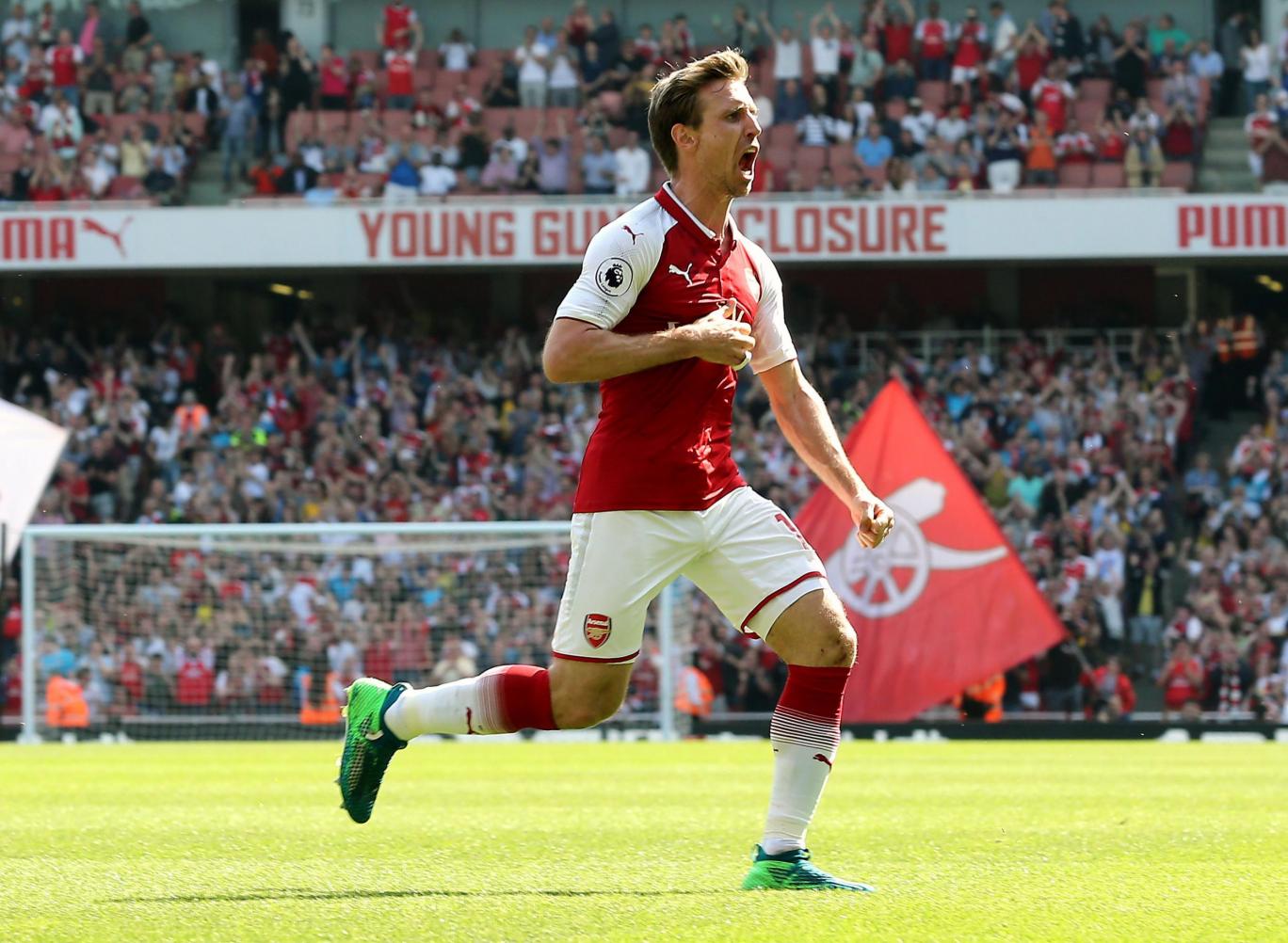 The teenager was fruitful with his distribution and was excellent in possession. But the Frenchman needs to watch his tackles.

A solid performance from the Egyptian who was exceptionally calm and composed in possession. He was impressive pushing forward with the ball from deep areas.

Iwobi looks a transformed player under Unai Emery. He is more decisive and clinical in the final third. The Nigerian was always trying to make things happen.

Not the best performance from the Armenian but he did get going in the final third. His passing was excellent but he did occasionally overplay the game a little.

Showed energy and intensity in the final third but a lot of what he tried didn’t come off. He pressed high and worked hard off the ball as well. The youngster will definitely improve under Emery.

Man of the match performance from the former Manchester United striker who scored two superb goals and linked up well with his teammates.

Scored the third and final goal but also wasted a couple of chances before that. He also missed a one-on-one and gave away the ball under pressure.

Came on and showed tenacity in the middle of the park. Torreira will definitely pay dividends for the Gunners in the long-term.

Read more: Who is this 19-year-old prodigy Arsenal & Man United are targeting? The next Toni Kroos?

The Welshman didn’t have enough time to influence the game.