Liverpool are the Jekyll and Hyde team of the Premier League this season. They have taken apart teams such as Manchester City, Southampton and Aston Villa but fail to deliver week in and week out.

This was on show at Villa Park again and we would not be surprised if Liverpool somehow put up a dire show in their next game. Jurgen Klopp though will have his team fighting and raring to go since they face Augsburg from the Bundesliga in the Europa League. 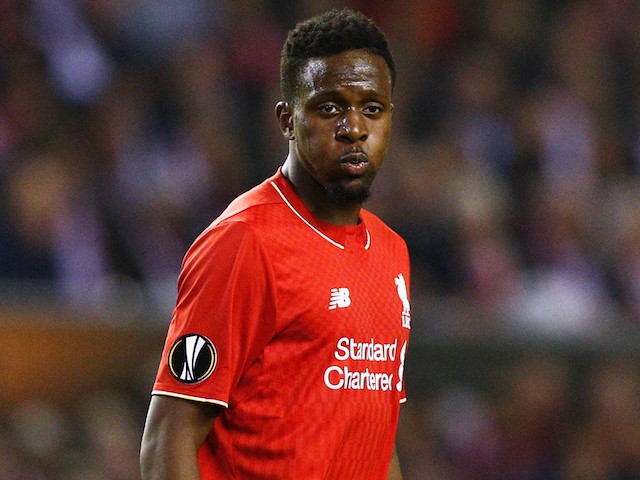 Liverpool know that they would have the weekend off as well since they are out of the FA Cup and would be looking to put out as strong a first team as possible. The home side aren’t doing all that well in the Bundesliga and if Liverpool do play like they did at the weekend, they could have a comfortable lead to bring back to Anfield for next week’s fixture.

We predict the starting lineup for the Reds in their Europa League Round of 32 tie.

Unfortunately, Liverpool have no other option, they should give a chance to Danny Ward but Mignolet might get the nod ahead of the youngster.

The right-back scored in the 6-0 demolition of Villa and should keep his place in the team.

Liverpool don’t have fit defenders and Sakho is the best among the fit ones, hence he must start.

The Englishman on loan should get a run out in the Europa League and hopefully will be looking to produce a solid display at the back.

Alberto Moreno might not be the best defender out there and the Australian Smith has done exceptionally well whenever he has played, the youngster should get a chance in the Europa League.

Brannagan was another youngster who was impressive in Liverpool’s FA Cup games and he should start for the Reds in this tie against Augsburg.

The English midfielder should start in midfield and give Henderson a rest before the next leg.

Coutinho was magical against Aston Villa and should remain in the side as he is the spark that creates attacks for Liverpool.

The Brazilian has been a revelation under Klopp and must start against a team that he should know a lot about.

The youngster should get a chance to show his ability as one of the wingers but he has to play better if he dreams of staying at Liverpool.

Origi scored within seconds of coming on as a substitute against Villa and start ahead of Christian Benteke.