According to reports, Matej Vydra’s £11m move to Leeds United from Derby County has collapsed due to the forward failing to agree on personal terms with the West Yorkshire outfit.

One club though, who could make a surprise move for Vydra, might be Stoke City, with manager Gary Rowett, who managed him at Derby last season, sharing his admiration for the Czech Republic international.

“He’s been available since the start of the summer if you’re prepared to pay the money,” said Rowett. 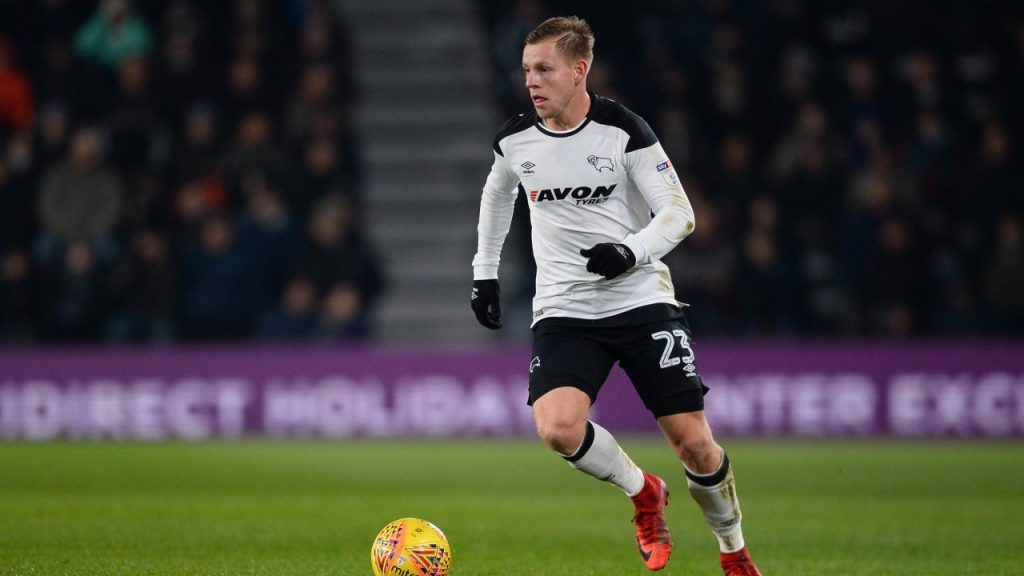 Vydra, 26, was outstanding for Derby last season, scoring 21 goals in the Championship that earned him the Golden Boot. He also supplied 4 assists but the Rams missed out on Premier League promotion.

With new Derby manager Frank Lampard having already completed the signing of Jack Marriott from Peterborough, Rowett must quickly snap up Vydra to bolster his attacking options at Bet365 Stadium. Stoke City were relegated from the Premier League this past season and are doing everything to bounce straight back to the top-flight.

The Potters could do a fantastic job by Vydra, who knows the Championship in and out and has been successful in the second division ever since he joined from Watford.

Even though Stoke do have forwards Peter Crouch, Mame Biram Diouf, Saido Berahino and summer signing Benik Afobe, a player of Vydra’s quality would add so much value to the team.

Capable of playing as a centre-forward and also as a No.10, Vydra is a clinical goal-scorer and is a poacher inside the box. He is quick with the ball at his feet and possesses the ability to ghost past defenders.

The Czech Republic international is brilliant at linking up with fellow teammates with his quick passing.

There is no doubt about Vydra’s quality when it comes to scoring goals in the Championship and he could be such an enticing prospect for Stoke. He has all the required attributes to become a star at the Bet365 stadium next season and his presence up top could certainly see more flair in the final third.

Read more: Forget it Dyche – Burnley are better off without completing £500,000 deal for 60-goal veteran

Stoke’s current crop of attackers is not capable of finding the back of the net on a regular basis, which paves the way for Vydra’s entry into the team. The 26-year-old would certainly strengthen the team with his abilities.

He could go on and become one of the signings of the season, giving Rowett’s Stoke the cutting edge they need for their promotion surge next term.