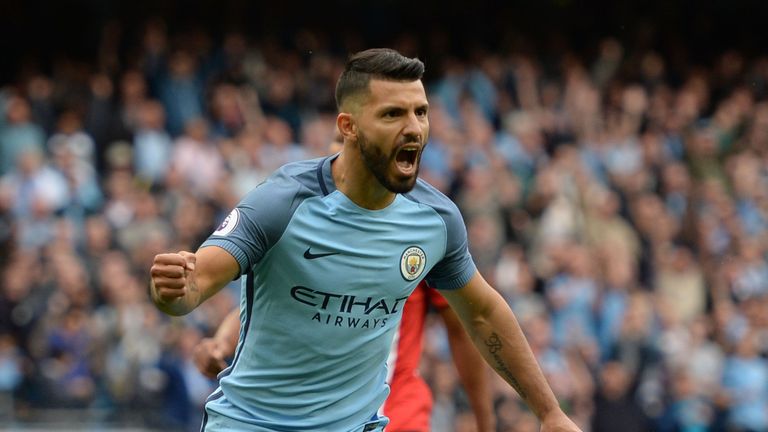 Manchester City overcame their number disadvantage to defeat Burnley 2-1 in the Premier League on Monday. Pep Guardiola’s team lost midfielder Fernandinho in the half-hour mark due to a red card, his third in six weeks and with a defiant Burnley holding on, they struggled to break the Clarets’ defence open.

However, things started to happen for the Citizens post the break, with Sergio Aguero, who was surprisingly left out on the bench, coming on. And soon they were ahead through before Aguero doubled their lead with an excellent finish from an extremely difficult angle. Burnley pulled one back soon after, but could not thwart the home team from taking three points.

Aguero was the key on Monday as his presence on the field turned things around for City. After having had to sit out for almost the entirety of the festive period due to a suspension, the Argentine returned to the starting line-up against Liverpool but did nothing to impress, leading to Kelechi Iheanacho being preferred on the evening against Burnley. However, it was Aguero’s introduction that offered City a cutting edge in the final third of the pitch and he sealed the victory with a surgically precise finish around the hour-mark.

The 28-year old has become a key cog at the Etihad Stadium over the years and now has 11 goals in the Premier League. But how do City fare without their star striker in the starting XI? Let’s take a look;

Manchester City: With and without Sergio Agüero in the Premier League this season #mcfc pic.twitter.com/Mgke0kFzf9

According to the stats from Whoscored.com, prior to the Burnley game, Aguero has featured 12 times from the start this season, of which City have won 7 games and lost three. Two matches have ended in a stalemate. The Citizens average 1.92 goals per game when the Argentine is a part of the starting XI while they tend to concede 1.17 goals per game.

Aguero had been handed a two-match suspension earlier in the season when he had elbowed West Ham defender Winston Reid. He missed the Manchester derby, which the Citizens won 2-1, followed by a 4-0 win against Bournemouth. The 28-year old was again reprimanded for his challenge on David Luiz and was banned for four games during the Christmas period during which City defeated Watford, Arsenal and Hull City quite comprehensively.

One isn’t wrong to think that City would have struggled in Aguero’s absence, but contrary to that the Citizens have had better outcomes without their talismanic striker featuring. Out of the 7 games he hasn’t featured from the start in the league, City have won five, drawn one and lost one each. Their goals per game scored increases to 2.29 while they also seem to let in fewer goals as indicated by the average of 1 goal per game conceded when Aguero hasn’t featured from the start.

As vital as Aguero has been over the years for the City team, they have shown that the team isn’t over-reliant on the Argentine and that they can perform even without their star man in the ranks. There is no doubting the quality of Aguero and the impact he has, but this City squad is not all about him, as indicated by the results during his absence.