According to a report from the Daily Star, Tottenham were offered a chance to sign Edin Dzeko by the Bosnian representatives this summer. However, Mauricio Pochettino’s side rejected the opportunity to bring him in mainly due to his age.

Dzeko turned 33 a few months ago, which is clearly an unattractive proposition for any club in the world. However, with Spurs not in any need of a first-choice striker, signing Dzeko makes a lot of sense and Spurs should genuinely reconsider their decision before another club snaps him up. 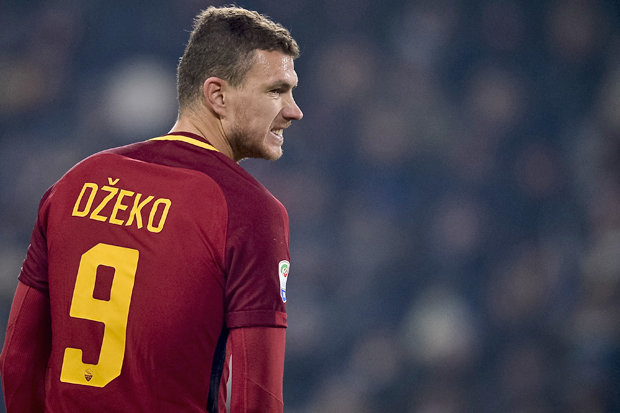 Mauricio Pochettino’s side were in the title race for long periods of the season but the lack of squad depth proved to be their downfall. Injuries to Harry Kane and Dele Alli at a crucial phase brought down the morale of their squad.

Spurs eventually ended the campaign in fourth, just one point ahead of their fierce North London rivals Arsenal, who should have run away with a place in the top-four long before the final game of the season.

Tottenham will have to fork out the big bucks to land players who will have a serious impact on their squad but that pursuit should at no cost overshadow their need for quality backup that will help them stay competitive throughout the season.

Edin Dzeko would definitely be one such player, who can have a real impact on the squad, both from off the bench and from the start when needed. The need for a backup striker has increased massively after the North Londoners allowed Fernando Llorente’s contract to expire. Dzeko would certainly be a massive upgrade over Llorente and the Bosnian’s previous experience in the Premier League will allow him to hit the ground running next season. The 33-year-old played three seasons for Manchester City, mainly as a backup, but he was super effective off the bench.

Dzeko is a lot more mobile than Llorente and the veteran can still have as good an impact as the Spaniard in the air. The Roma hitman is a very clinical finisher and Tottenham will certainly benefit from his goals and hold-up play if Harry Kane is ever absent next season.

Edin Dzeko will be a very smart signing for Tottenham and the club should reconsider their decision of opting against the move. Dzeko will be an able backup to Kane and if the Englishman is left out for any reason, the Bosnian can come in and do a good enough job.