According to reports from Southern Daily Echo, Rangers right-back James Tavernier had attracted significant interest from Premier League outfit Southampton as a possible replacement for Cedric Soares who departed the St.Mary’s stadium in the winter window.

Southampton haven’t had the best of seasons so far but since Ralph Hasenhuttl took over the club, things have certainly begun to look brighter in the south coast.

They had an abysmal lead up to the winter period and after suffering through the holidays as well, the turn of the year saw the flip of a switch within the Saints ranks and as it turns out, more than a month into the year already, Hasenhuttl’s men are yet to lose a game over 90 minutes this year.

Unbeaten in the Premier League since that defeat to Manchester City on the 30th of December, their only defeat came at the hands of Frank Lampard’s Derby County on penalties. This unfortunate debacle did come at the cost of elimination from the tournament though.

Despite this, the signs have been very positive and with players like Nathan Redmond in fine form, the unbeaten run threatens to continue as they face Cardiff.

One blow that was dealt to the Saints was the inevitable departure of Portuguese right-back Cedric Soares on loan to Italian giants Inter Milan. With an option to buy forcefully included in his contract as well, the possibility of him putting on the red and white of Southampton again seems like a bleak hope. 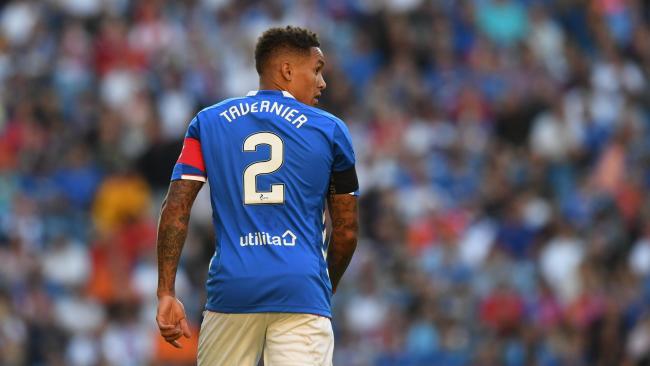 Hasenhuttl began to look for replacements in the January transfer window given that 19-year-old Jan Valery has been forced into becoming a first-team starter. Even though he will certainly develop better with regular game-time, the addition of an experienced head is necessary for the role.

As suggested by the Daily Echo, James Tavernier was the man identified by the Saints scouts but unfortunately for them, a deal couldn’t be finalised. The Englishman is contracted to the Glasgow based club until the summer of 2022 but this shouldn’t deter the Saints from trying to get their man in the summer.

He could the perfect replacement for Cedric with his amazing pace and crossing abilities. He reads the play extremely well and for a right-back, he has an almost unbelievable scoring record. In his 25 league games for Rangers this campaign, the captain has scored 9 goals and has set up a further 9, which is exceptional for a player who is a primarily a defender.

Read More: Why missing out on this prodigious Danish star could come back to haunt Southampton

His experience and defensive quality will be invaluable to Hasenhuttl, whose team are finally beginning to click. As big a football team as Rangers are, playing in the Premier League is the dream of many players around the world and a switch to St.Mary’s could be too much for Tavernier to pass up on if they come calling in the summer.