According to a report in Sydney Morning Herald, Premier League side Southampton are looking to sign Scottish champions Celtic’s Tom Rogic in the coming summer window.

The 26-year-old arrived at Scotland back in 2013 and has been a consistent player for the Hoops since. Despite injuries in the recent past, the attacking midfielder has come back strong and taken his place back in the team.

As per the report, Celtic value Rogic in between £15m and £32m, chiefly because the player has four years left on his contract. (h/t Sydney Morning Herald) While that amount may be on the higher side in Scotland, it shouldn’t be the case in top-flight English football.

Southampton have been tracking the progress of the 26-year-old for some time now. (h/t Sydney Morning Herald) Here’s why they should make a move this summer, and beat Leicester to it: 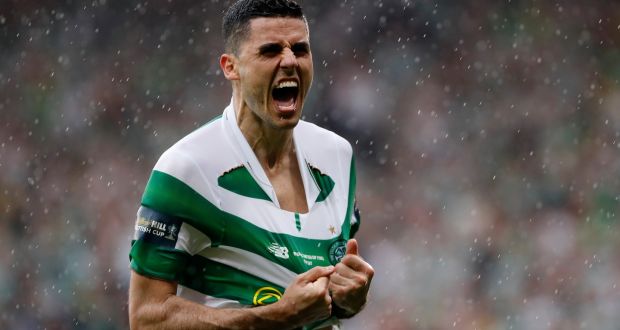 Saints could do with an attacking midfielder in their squad

Southampton have looked a far more decent unit since the arrival of Ralph Hasenhuttl. They are safe to play Premier League football next season, which looked a distant dream when Mark Hughes was in charge early on.

While surviving another season in top-flight football should be considered an achievement, the Saints’ squad has players who should do better than that and potentially target a top-10 finish from next year onwards. To make that happen, one of the first things they need to do is to sign an attacking midfielder, who can create things from the central areas of the pitch.

What that would do is lessen the load on wide players, who as of now, have the responsibility of holding the width, be the creative force, run at defenders in wide areas and also contribute in scoring goals.

Hence, signing a player of Tom Rogic’s ability would make sense. The 26-year-old is an attacking midfielder, who can play behind a striker and operate in between the lines. He is good at picking out key passes and make the best use of the ball.

Despite this being an injury-prone season, the Aussie has managed to score three goals and supply six assists in 20 league appearances (five appearances from the bench).

Therefore, Southampton should be proactive in the market and beat Leicester to the signature of Tom Rogic.