Why Southampton should not offload Cedric Soares in January

According to the Daily Star, Everton are willing to bid as much as £15million for Southampton’s Portuguese international right-back Cedric Soares.

The same report claims that Southampton are willing to raise some funds by selling the 27-year-old, which in turn, would allow manager Ralph Hasenhuttl to bring in some fresh faces to bolster the attack.

Cedric Soares, who was signed from Sporting Lisbon back in the summer of 2015, has been a first-team regular for the Saints. He has registered 2 goals and 10 assists from 116 appearances for Southampton across all competitions.

Southampton have had a poor season by their standards and the Saints find themselves in the relegation zone heading into the second half of the season. Their unimpressive start to the season prompted the club hierarchy to pull the trigger on Mark Hughes and his successor Ralph Hasenhuttl has somewhat changed the complexion of the team. 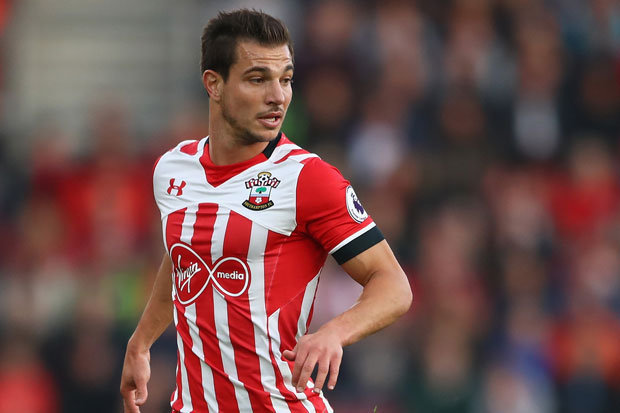 Although the Saints have looked a more confident unit under the Austrian, they have to turn promise and potential into results if they are to avoid the drop this season.

Failure of the strikers to deliver the goods has been one of the major reasons behind Southampton’s struggles this season, with Danny Ings, Charlie Austin and Shane Long blowing hot and cold in the first half of the season. Summer signing Mohamed Elyounoussi has failed to adapt to life in the Premier League and Southampton, as a unit, have not hit their stride this term.

While the attackers haven’t had much joy, the defenders do not have much to boast about either. The Saints have conceded 39 goals so far with a goal difference of -16, which really sums up their season so far.

However, Cedric Soares, along with midfielder Pierre-Emile Hojbjerg, has been one of the brightest sparks of Southampton’s lacklustre campaign.

In all honesty, Soares is currently one of the most high-profile international players in Southampton’s squad at the moment. A hugely experienced and reliable right-back, Soares has been capped 33 times by Portugal at the international level and he was one of the driving forces behind his nation’s triumphant campaign at the 2016 Euro tournament. After helping his nation win their first major tournament, Soares saw his stocks rise even higher after Portugal finished 3rd at the 2017 Confederations Cup in Russia.

To put things into perspective, Southampton definitely need reinforcements in the attacking third but not at the cost of Cedric Soares.

Offloading a player of his calibre can prove to be detrimental to Southampton’s chances of survival in the Premier League as the Saints do not have any quality options in their reserves to cover for his departure.

Youngster Yann Valery made his senior debut just a couple of months back and it would be too risky for Southampton to use him as the first-choice right-back week in and week out.

Read More: Southampton’s survival hopes would get a huge boost if they land this Barcelona outcast soon

Soares has been a very useful seasoned campaigner for the club and Southampton offloading would be an absolute mockery of his faithful service to the club.

They should forget about the idea of offloading one for their best and high-profile defenders midway through the season and focus on bringing in new players who are well within their budget.