According to reports, Bayer Leverkusen have cancelled negotiations with Napoli for goalkeeper Bernd Leno. This has reportedly interested Arsenal in making a move for Leno, who is currently contracted with Leverkusen until 2020.

At Arsenal, goalkeeper Petr Cech has come under a lot of scrutiny this season after a number of high-profile mistakes, while David Ospina inspires very little confidence. Stepping into next season, the new Arsenal manager would need to rebuild the squad and should aim for a new gloveman to replace the ageing Cech. That said, should the Gunners go for Leverkusen’s Leno?

The 26-year-old is Leverkusen’s No.1 stopper and has a €25million release clause in his contract. He has made 37 appearances this season and continues to be Leverkusen’s undisputed No.1 between the sticks.

A commanding presence on the pitch, Leno has been an ever-present figure at the back for Leverkusen since leaving Stuttgart in 2011. He is enjoying his peak years in the Bundesliga and has been unbelievably consistent, with calmness and composure being his forte. Such has been his exceptional fitness and commitment that Leno has missed just three Bundesliga matches in seven and a half seasons at Bay Arena.

As mentioned earlier, the German continues to be Leverkusen’s undisputed No.1 with 7 clean sheets this term to push the club back up the table after a disappointing 2016/17 season. Leno possesses outstanding reflexes and shot-stopping ability. In one-on-one situations, he is very difficult to beat. He is also efficient with the ball at feet, someone in the mould of Bayern’s Manuel Neuer. 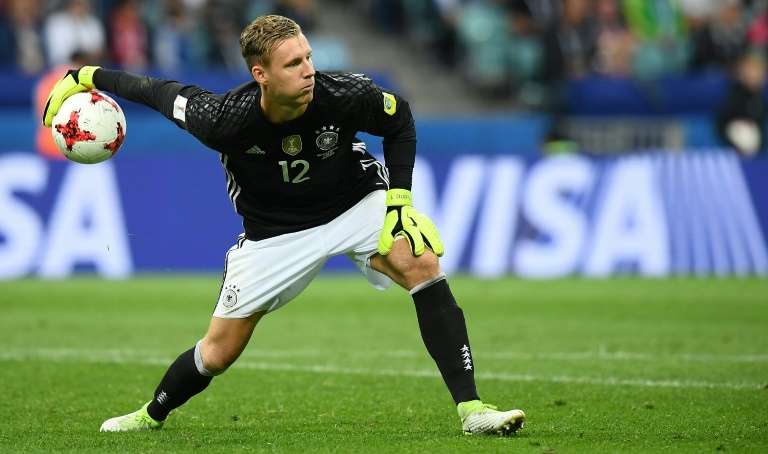 Leno can also act as a sweeper-keeper and often helps Leverkusen continue their fluid attacking style of football. It’s an effective tool when the opposition looks to press high. Instead of wasting possession, Leno is capable of gliding passes to the full-backs in advanced areas. He bosses the 18-yard area like a lion and hardly makes a mistake.

The German may not be the most expressive and vocal of the goalkeepers but he can pick a pass much better than Ospina and he’s quick with his distribution like Cech. The former Chelsea keeper has made a lot of errors when coming off the line, while Ospina has hardly looked commanding between the sticks.

With Neuer struggling to be fit for the World Cup, Leno is very much in the thick to fly to Russia in the summer, having earned 6 caps in the last 18 months alone. That speaks volumes about the goalkeeper’s development on the whole in the last couple of years.

That said, Arsenal must try to sign Leno at any cost. Cech is past his prime and Leno would be the ideal shot-stopper to replace him.