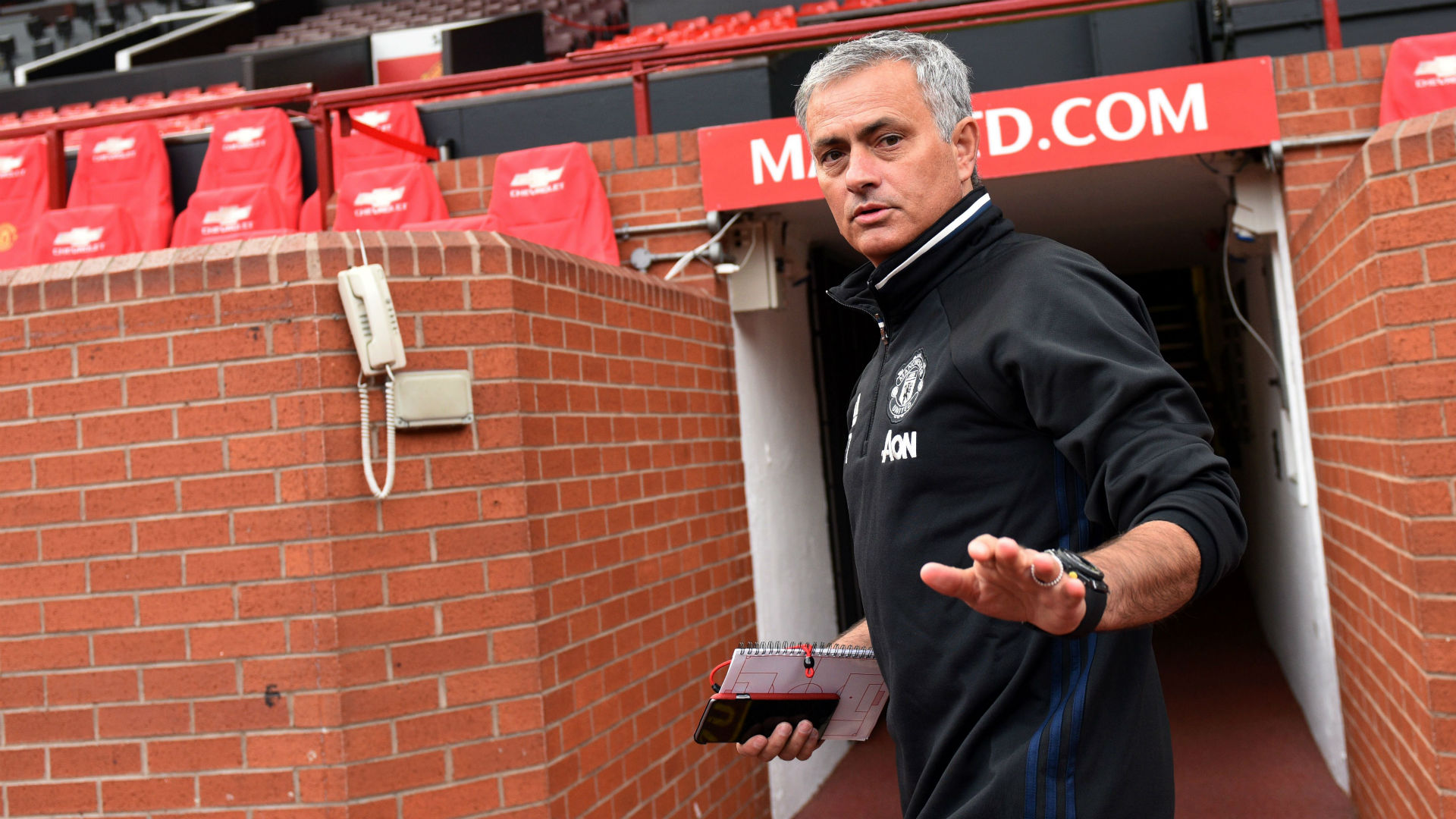 Manchester United fans have had a rather frustrating campaign so far. Although they are still second in the Premier League and are a part of the FA Cup and Champions League, United have endured a painfully underwhelming season. With their tendency to play an unnecessarily defensive style of football, not to mention the numerous draws and the many losses to other top-six teams, it is safe to say that the fans are reaching their saturation point.

Right after Sir Alex Ferguson left, the club went into a slump and have not recovered so far. Back then, one could say that they lacked a strong manager or that they did not have quality players. But now, they have no excuse whatsoever and have only themselves to blame for the poor performances. In fact, it has been a while since we saw some attack-oriented displays from the club and if they continue this way, even a top-four finish seems sketchy.

Regardless of what happens this season, the fact is that Mourinho will have quite some work to do over the summer. Here are 3 aspects the manager must take care of to improve the club’s overall displays.

Bring In Another Defensive Midfielder

Despite being a club with affluent resources, United look quite sparse when it comes to solid midfielders. Nemanja Matic has been their most influential midfielder this season but exhaustion has hampered his game. They are in dire need of bringing in a deputy for him and even though Ander Herrera has tried hard to mould his game to play more defensively, it has simply not worked out.

We have all seen multiple reasons as to why Paul Pogba is not the right choice either. Hence, with Marouane Fellaini’s future in jeopardy as well, Mourinho must make it a priority to sign a new midfielder.

Now, this is something a lot of people predicted when Alexis Sanchez was being linked to the club. Mourinho already has two options for the left-wing role – Marcus Rashford and Anthony Martial. With Sanchez in the mix as well, the game time of both these young stars has taken a hit.

Martial was deployed on the right-hand side but he clearly did not prove to be as effective as he was on the left, and it is a worrisome prospect, given what he has done for United this season. Something has to be worked out – either a change in tactics or a sale – to ensure adequate game time is allotted to both of them.

Need Of The Hour – A New Centre-back

Chris Smalling has been quite poor at the back and this does raise an alarm since United do not have many quality centre-back options. Phil Jones has been excellent this season but he has a tendency to pick up injuries. The same goes for Eric Bailly as well, thus making it necessary for the club to sign a top-class central defender.

David De Gea has been prolific for the club and that’s why they have a decent defensive record this season. So it is of utmost importance for Mourinho to sign a new centre-back in the summer transfer window.