Why Arsenal should make a January swoop for Kieran Tierney

According to last November’s report of the Daily Mirror, Arsenal had started their hunt for a new left-back as a long-term replacement for Nacho Monreal.

Nacho Monreal, 32, has been one of Arsenal’s most important players in the past few seasons but has struggled with injuries and is out of contract at the end of this season.

Monreal’s injury problems this term has seen manager Unai Emery use Granit Xhaka as a makeshift left-back, while Ainsley Maitland-Niles has also filled in that spot. Sead Kolasinac has been solid of late at left-back but even he remains undependable due to his past injury problems.

One area Arsenal might count themselves cursed is their defensive department. Since the start of the 2018/19 campaign, there had been injuries to key players at the back. It has become difficult for Emery to get positive results of late due to constant chopping and changing of the squad.

The Gunners were flat in December and after showing their total capabilities with a staggering North London derby win over Tottenham, although, they have failed to capitalise on that result, much due to their worn-out defence. Hence, it’s important for Emery to take a dip in the winter transfer window and sign a defender.

Kieran Tierney, 21, is considered as one of the hottest properties in Scotland. A product of Celtic’s youth system, he made his senior debut for the club in 2015. The 21-year-old has never looked back since then, helping the Hoops to double treble last season.

Strong in the air, a competent dribbler and a good passer of the ball, Kieran Tierney is a flying left-back, who can also play in central defence and right-back when required. He is a brilliant tackler and reads the game very well, making crucial interceptions. While excelling at the offensive side of the game, the Scotsman is also defensively diligent and rarely gets caught out of position. 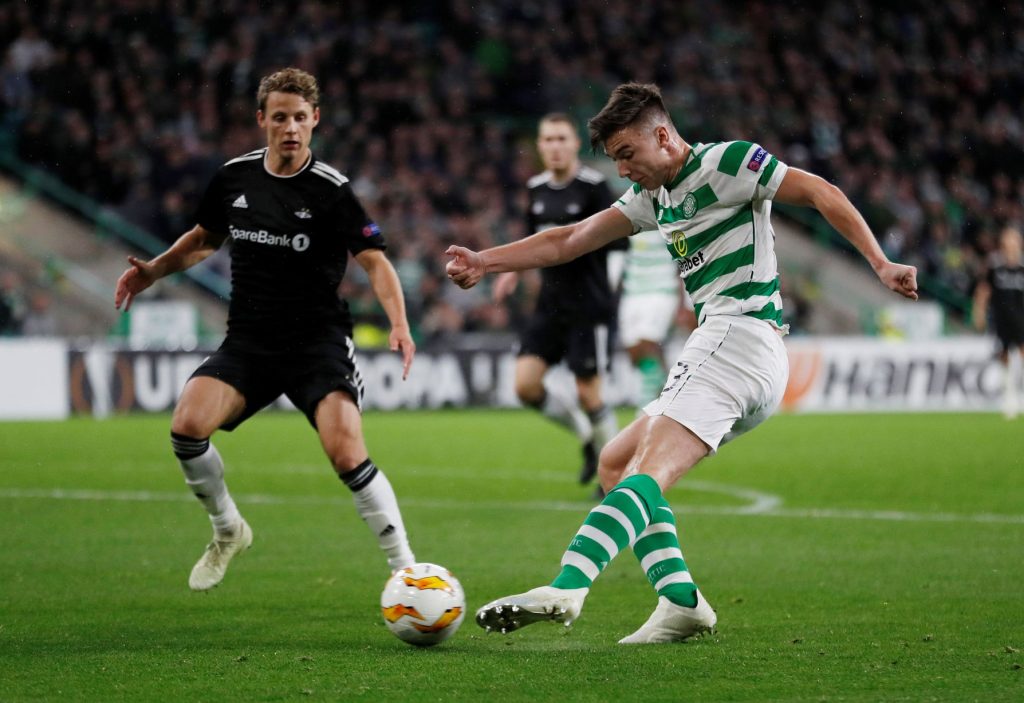 A very good crosser of the ball, Tierney always likes to play on the front foot and contribute his team’s attacks as much as he can. Furthermore, he is a real leader and has won every title in Scotland available under the guidance of Brendan Rodgers. What is more impressive is the fact the Scotland international has tasted so much success at just 21.

Read more: Why Arsenal should do everything possible to land this Tottenham star on the cheap this summer

In Tierney, Arsenal would not only get a brilliant long-term replacement for Monreal but also a pure defender that would fit in nicely with Unai Emery’s possession-based football. Hence, the Gunners must spend big to land the Scotland international in January itself.