When Marco Silva was appointed as the Everton manager in the summer, fans had massive hopes of seeing their team shine among the Premier League big boys. The signings of Richarlison, Andre Gomes, Lucas Digne, Bernard and few others gave the Toffees a strong look before the start of the season.

But then the season started and Everton picked up only six points in their opening four games. Since then, nothing has gone according to the scripts for Silva. The Merseysiders did get some momentum in their results, losing just two games over a three month period but consecutive losses have seen them fall ten points behind sixth-placed Manchester United.

The Toffees’ biggest problem this season has been their lack of goals, with the forwards struggling to find the back of the net. To make matters worse, both Cenk Tosun and Dominic Calvert-Lewin have been wasteful and haven’t scored in the league since the 2-0 win over Crystal Palace last October, while Oumar Niasse remains out of favour.

With the January transfer window in full flow, it’s time for Silva to consider bringing in strikers. That said, here are three strikers Silva must look to sign this month.

Troy Deeney, 30, has plenty of Premier League experience and has been a regular goalscorer for Watford since the club’s promotion to the top-flight. He is a strong, physical and powerful centre-forward who excels at hold-up play and is a composed finisher in front of goal. Moreover, the 30-year-old is well known to Silva having worked together at Vicarage Road.

Watford would be loath to sell Deeney in midst of the campaign but the Toffees must go all out to land the Englishman in this transfer window.

Having signed some big names from Barcelona in summer, Feyenoord striker Nicolai Jorgensen may not carry as much glamour but he could prove to be an effective player for Everton. 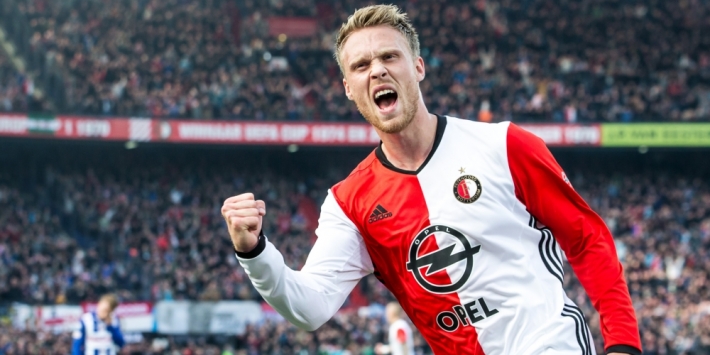 The big Dane has been a goalscoring machine for Feyenoord ever since joining from FC Copenhagen and has everything within his locker to hit the ground running in the Premier League. Jorgensen has the physique to deal with the Premier League’s toughest defenders, and his composure in front of goal coupled with aerial ability would make him a perfect fit for the Merseysiders.

Hence, it would be smart for Everton to take a gamble on bringing the Danish forward to Goodison from Feyenoord and shake up their current forward options.

From an unknown talent to one of the hottest properties in the Bundesliga, Haller’s career has taken off like anything. Just 24, the Frenchman’s best days are ahead of him and would be a huge statement of intent from Everton if they bagged his signature, especially when you consider he’s turning heads across Europe.

Read more: No Gueye, no problem – Everton splashing €30m on this Lille star would get them a worthy replacement

All in all, Haller has all the attributes to fill the void left by Romelu Lukaku in 2017.