According to a report from the Chronicle, Newcastle United are interested in signing Juventus’ Brazilian left-back Rogerio in the summer. The 21-year-old has spent an impressive season on loan at Sassuolo and the Magpies are willing to pay €20m-€25m in the summer.

The Magpies have a lot going on at the moment. Ownership of the club is up in the air with Arab billionaire Sheikh Khaled in talks to take over the club from Mike Ashley in the summer. Rafa Benitez’s contract situation is yet to be resolved and the Spaniard will be free to join another club at the end of this month.

A decision over transfers will be a difficult one to make, with the ownership and managerial situations undecided, but the Magpies are active and looking out for reinforcements. Rogerio is one player who has hit the headlines recently and he would be a brilliant addition in the summer. 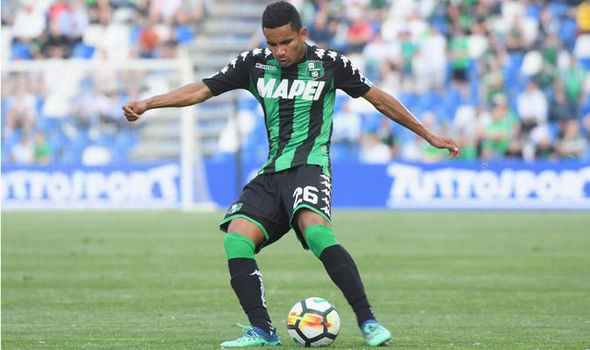 Left-back has been an area of concern this season, with the early injury to Paul Dummett. Benitez was forced to use Matt Ritchie on the left-hand side of the defence as a result and although the move worked wonders, it heavily limited their attack.

In his natural attacking position, Matt Ritchie is a real asset to the squad and he guarantees goals and assists on a consistent basis. Newcastle United should bring in a new capable left-back, who can do a good job both in the attack and in the defence, and Rogerio checks all boxes.

The Brazilian has had a phenomenal campaign on loan at Sassuolo, for whom he played 35 times in all competitions. Rogerio is more than capable of playing higher up in an advanced position but he would be a brilliant fit in the left wing-back role.

Very similar to his compatriot and Juventus star Alex Sandro, Rogerio is a powerful runner. He possesses immense strength and is very difficult to stop once he’s on the run with the ball.

The Brazilian is an incredible dribbler of the ball but his understanding of space in the final third is what makes him an impressive wide player.

Rogerio isn’t the one to shy away from a tackle. His slide tackling is brilliant and is rarely ever caught out of position. The 21-year-old has shown all the traits to be a top full-back and Newcastle should move for him in the summer.

A left-back is a huge necessity for Newcastle this summer and Rogerio would be a brilliant signing. The Brazilian can very easily emulate his compatriot Alex Sandro in the coming years and St James’ Park would be the perfect place to start his journey to become world-class.