According to a report from the Sun, Newcastle United have been offered a chance to former Liverpool defender Martin Skrtel in the summer. The Slovakian currently plays his football in Turkey for Fenerbahce but the report reveals that he is desperate to return to English football.

The Turkish giants have had a disastrous season in the Super Lig this season, where at one point they looked destined to go down. However, a brilliant turnaround in the latter stages of the league season pushed them back up and they finished the campaign in 6th place.

Skrtel only has a year left on his current deal with the Turkish outfit and the report reveals that he has been linked with a reunion with former skipper Steven Gerrard at Rangers but his wages will prove to be a humungous problem for them. 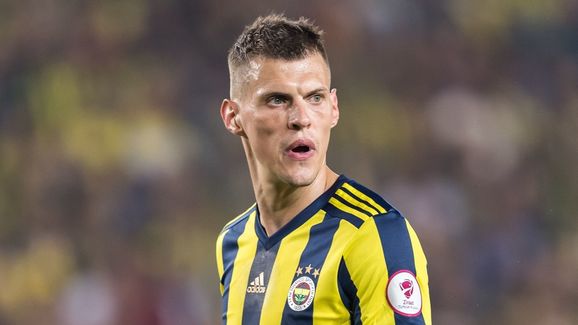 However, with the money available in the Premier League and with the potential takeover of Newcastle United by Arab Billionaire Sheikh Khaled, Skrtel’s wages will not be a problem and the Magpies should bring him in the summer.

Skrtel was brought to Liverpool in 2008 by current Newcastle boss Rafa Benitez, who knows the Slovakian very well. The 33-year-old played over 250 games for Liverpool and was a warrior for them during his stay at Anfield.

The defender has been a key figure in Fenerbahce’s side ever since he joined them back in 2016. With just a year left in his contract, Skrtel would be available for a cut-price deal in the summer and Rafa Benitez could benefit a lot from the defender’s quality next season.

Skrtel is a real warrior. He’s a defender who thrives in physical environment and isn’t ever shy to go in hard to win the ball. His fearless style of defending is infectious and gives the players around him the courage to work their socks off.

The Slovakian is a real leader and he would be a demanding deputy to Benitez next season. Skrtel would massively help out Newcastle’s current set of defenders and his inclusion is sure to help the club move forward next season.

An experienced warrior who will be a real leader at the back is exactly what Newcastle United need in their squad and the 34-year-old would be a phenomenal signing for them in the summer.

The Slovakian would know what will be expected of him under Benitez and he could be a real difference for the Magpies next season.