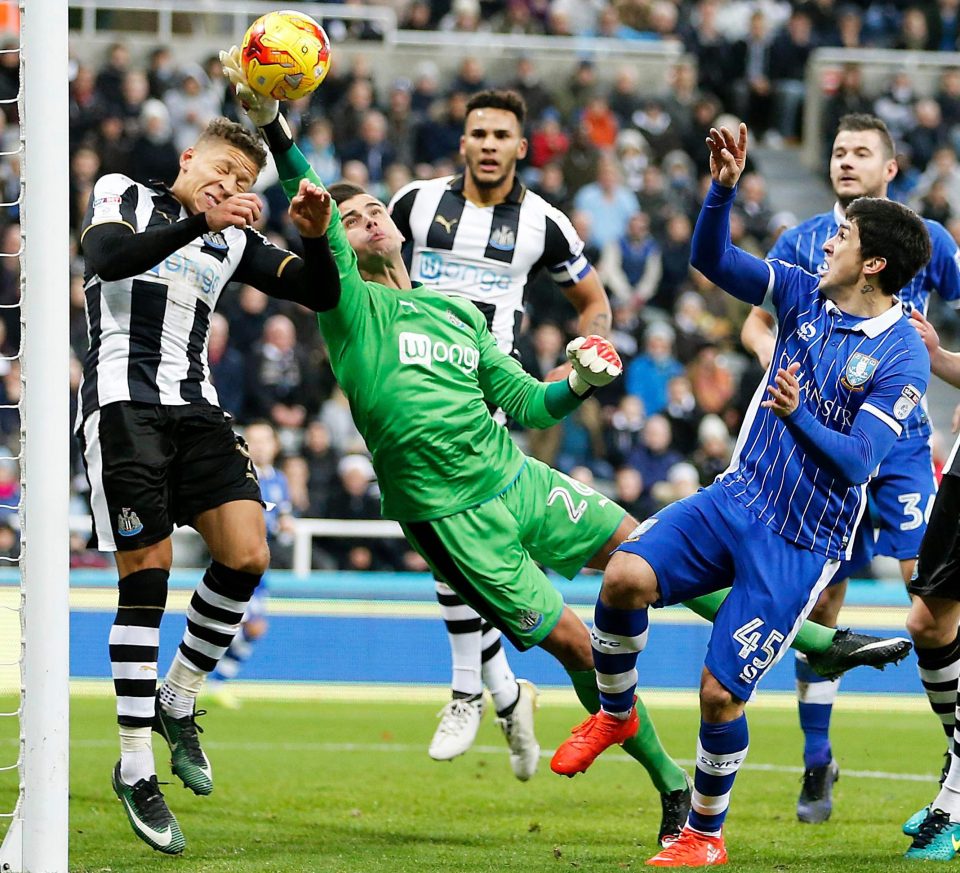 After an injury limited Newcastle goalie Tim Krul to 8 league appearances last term, 3rd choice goalie Rob Elliot was the only option available, and he went on to make 21 appearances with 2nd choice and former Nottingham Forest shot-stopper Karl Darlow also out of action with an ankle knock.

The 26-year-old only recovered towards the end of their campaign, appearing in 9 games, but it was too late by then for him to intervene in their relegation battles. However, he has remained the first choice ever since, with Krul out on loan while Elliot and summer arrival Matz Sels continue to act as backups.

Darlow’s fine form in between the sticks for Newcastle has been great as they edge closer to an instant Premier League return and that has now attracted Chelsea, with the west Londoners keen on acquiring the services of the English goalie as they find a suitable cover for Courtois.

The Premier League table leaders are said to be readying an £8million bid to land him in the summer, with Newcastle reportedly willing to let him go as they don’t identify him as their long-term number 1. But selling Darlow could end up being a grave mistake the Magpies get to regret in the end.

Despite having limited Premier League experience, Darlow’s heroics in goal for Newcastle and his over 100 appearances for Forest in the Championship make him capable of standing toe to toe with any top goalie in the land.

The Toons long-term number 1 goalie Krul is currently in his 2nd loan term in a year with AZ Alkmaar as he continues his rehabilitation process towards attaining full fitness. The 28-year-old Dutch would likely return to the Saint James’ Park at the end of the season, but it’s the ever-growing Darlow who should retain his spot next term.

Peradventure Krul is able to hit top form in no time if he returns and Darlow loses his berth, he would definitely come as a capable and handy backup. He would also provide quality cover for the Netherlands international during non-league games. Newcastle would be blessed with 2 of the best shot-stoppers around, both of whom can provide one another stiff competition for playing time, inadvertently making each other better in the process.

Selling him to Chelsea instead would be the London club’s gain and Newcastle’s loss, as finding a quality goalie is hard to find. It’s why the Stamford Bridge outfit have got eyes on him and Celtic’s Gordon as they prepare for Begovic’s exit.

Darlow’s form this term has been impressive, and there is no reason why he should be let go next term after he might have finished playing a huge role in helping to secure Newcastle promotion.

In 20 Championship appearances, the English goalkeeper has kept 8 clean sheets, and he continues to make great saves that underlines his superb quality.

He sure would play a big role again next term as Newcastle prepare for life in the top flight. So, it just doesn’t make sense if the club decides to part way with such quality player and integral member of their squad.