According to an exclusive report from German publication Sport1, Manchester United have enquired about the possibility of signing Bayern Munich’s defensive rock Niklas Sule in the upcoming summer transfer window.

The 23-year-old German has risen to fame in recent years and has cemented his spot in Bayern’s first-team. Sule is, without a doubt, the future of Germany’s defence and Manchester United will have to do a lot convincing for Bayern to let their star defender leave, especially with Hummels and Boateng in the twilight of their careers.

Manchester United’s need for a defender has been obvious all season. Victor Lindelof has been the Red Devils’ best defender this campaign but his partners have been changed regularly.

Chris Smalling has found a bit of form since the arrival of Ole Gunnar Solskjaer but United need a world-class centre-half to become the world beaters that they once were. 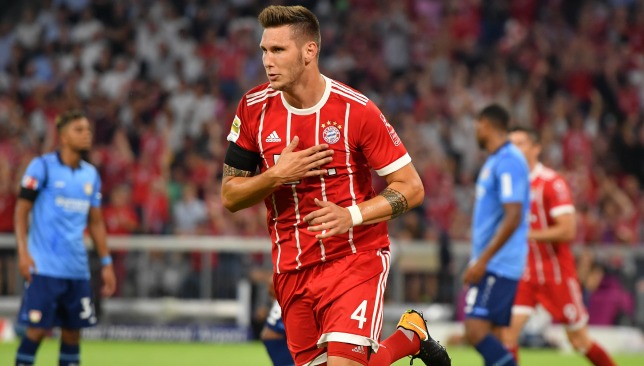 A move for a player like Niklas Sule makes sense and it would be a fantastic signing for the Red Devils.

Despite being only 23 years old, Sule has a ton of experience under his belt, having played over 200 senior games for club and country so far in his career. This will surely be a valuable asset at a club like Manchester United where the pressure on players will be massive.

Sule is a modern-day centre-half who is extremely comfortable on the ball. The German is capable of retaining possession under pressure and has a keen eye for a pass.

Sule’s accuracy with his long balls is extremely impressive and would be a hugely beneficial asset to Manchester United, who have the likes of Rashford and Martial making the forward runs. Defensively, Sule is up there with the best in his age group. His positioning and ability to anticipate danger are fantastic for a 23-year-old and a move to a tougher league will help him continue his development to become one of the best in the world in the coming years.

Manchester United could not possibly go wrong in signing Niklas Sule and the German international would transform their defence to be one of the best in the league.

Sule, despite his age, will bring in a ton of leadership and also a winning mentality to United’s backline. Ole Gunnar Solskjaer should make him a priority in the summer.