According to a report from the Metro, Real Madrid’s interest in Liverpool star Sadio Mane started last summer. The report reveals that the Galacticos approached the Reds over a move for the Senegalese forward but were put off by Liverpool’s outrageous demands.

Liverpool asked for a staggering €200million as well as teenage sensation Vinicius Jr to be included in the deal but Real Madrid rightly backed down.

However, the report has revealed that Vinicius is still an obsession for Jurgen Klopp and with Zinedine Zidane still interested in Sadio mane, Liverpool should again demand the teenager in a swap deal.

Madrid only signed Vinicius Jr last summer from Flamengo for a massive fee of £38.7million. The Brazilian has shone for the Los Blancos, having scored thrice and provided an impressive 13 assists in all competitions so far this season.

The 18-year-old has been out of action since March with a ruptured knee ligament but that should not stop Liverpool from making a move for him in the summer. Vinicius fits all the boxes to be a top player in the coming years and his style of play is a perfect fit for Liverpool’s system.

Unlike most Brazilian attackers who are terrible at tracking back to help out their team in defence, Vinicius is the complete opposite and is a willing runner both in the attack and in his own half.

The Brazilian has enormous energy to burn and will easily fit Klopp’s relentless pressing system.

His pace, power and agility will provide them with a like-to-like replacement for Sadio Mane if the Senegalese international decides to leave in the summer and if he stays, Vinicius will have an experienced mentor to learn from.

Vinicius’ confidence on the ball at such a young age is astonishing and his ability to take players on, thanks to his dribbling skills, makes him a perfect fit in the Premier League. 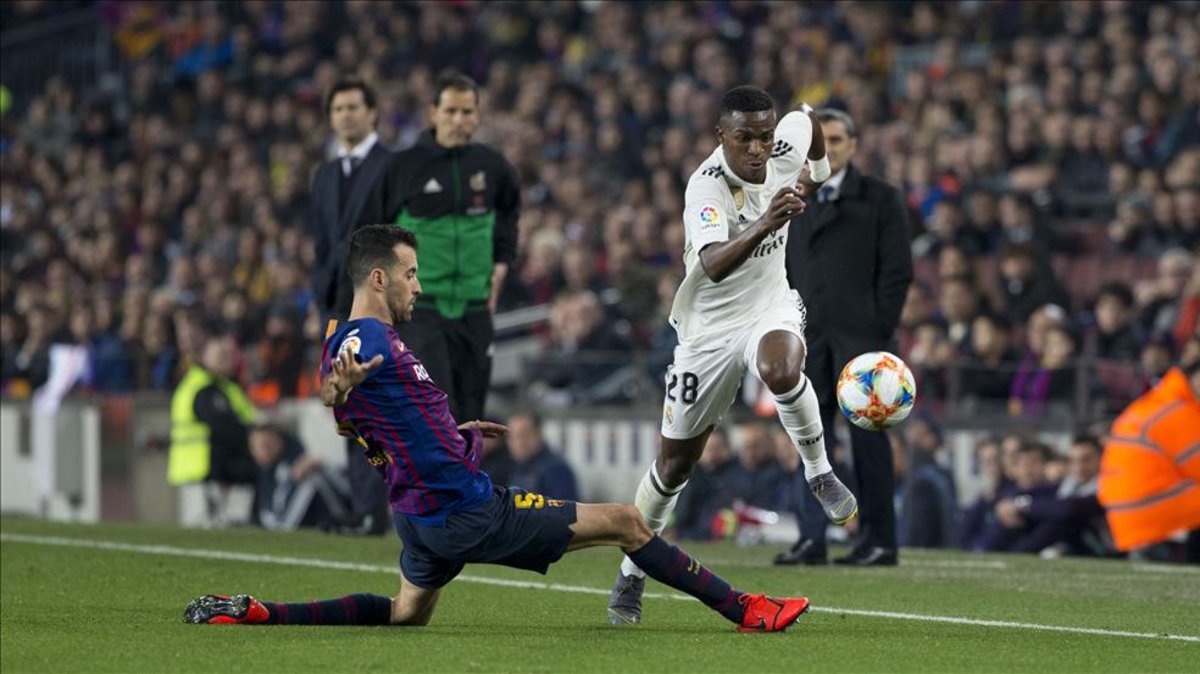 The youngster is also an able provider as evident with his 13 assists this season and under Klopp, he will certainly improve his goal-scoring record.

The chances of Real Madrid letting go of their teenage superstar are very slim but if Liverpool and Jurgen Klopp manage to pull off this deal, it would potentially be one of the best signings that the club have ever made.

Vinicius will also learn a lot from the likes of Mo Salah and Sadio Mane about world-class wing play and under Jurgen Klopp, he will certainly fulfil his humungous potential in the coming years.