According to a report from BBC, Slaven Bilic is keen on taking over from Neil Lennon as Celtic manager next season. The report reveals that the Croatian was considered to take over the job as Scotland’s boss but he wants a return to club management.

Bilic has been without a job since parting ways with Saudi league side Al-Ittihad in February and him wanting to manage the Scottish champions comes in as a bit of a surprise. However, a manager of Bilic’s calibre is hard to find these days and Celtic will be lucky to have him on board next season.

The Hoops got their hands on their 8th successive league title a couple of weeks ago and are now in the hunt to match their historic record of nine next season. Achieving that would be some feat considering how long it has been since somebody even got close to doing that.

Brendan Rodgers’ departure had a negative impact on the Hoops, who despite winning the title, have had some hiccups on the way. The gap between them and Rangers has become smaller as the Gers are now just 6 points behind them in the league table. This should have alarm bells ringing in the board who have to come to terms with the fact that Lennon is not quite ready to take over the role permanently.

Celtic will have to hire an experienced manager to regain their authority in Scotland and appointing Slaven Bilic would be a smart move in the summer.

The former Hammers boss is immensely experienced at the top level, having managed both at club level and internationally. Bilic had a tremendous first season with West Ham where he showed the world what he’s capable of.

The Croatian led the hammers to a top-seven finish in the Premier League, the highest that they have ever finished.

He guided an average West Ham squad to victories against the likes of Arsenal, Manchester City and Liverpool away from home, which is quite a feather to have in a manager’s hat. 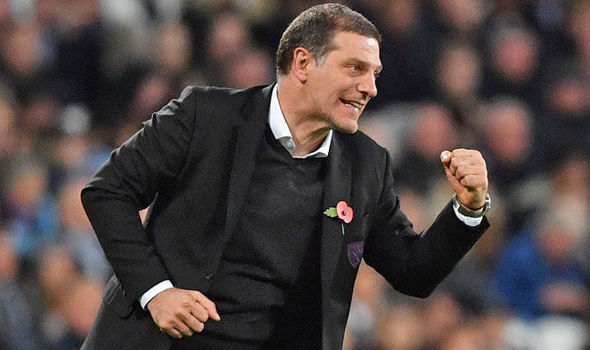 Bilic would bring in a winning mentality to this already brilliant Celtic side and his appointment will take them a long way in equalling their club record and even going beyond it.

Celtic will have a real leader as their manager if they appoint Slaven Bilic in the summer. The Croatian will bring in new ideas to this Hoops squad, which will only make them a better side in the coming years both in Scotland and in European competitions.