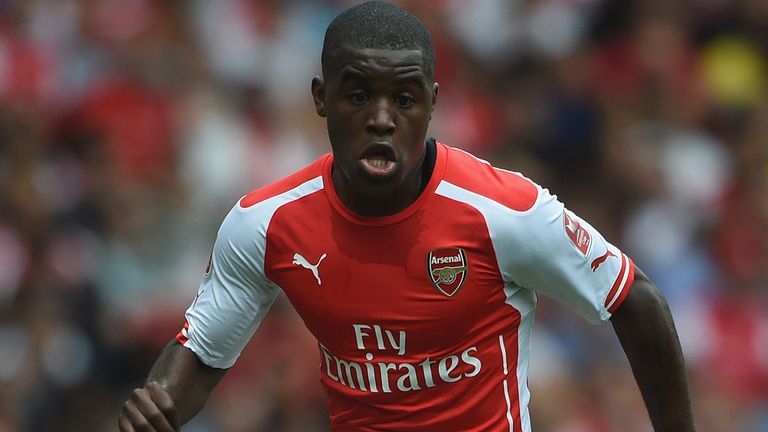 Arsenal boss Arsène Wenger has now revealed that he will investigate into whether injuries could have been prevented and will look to start Joel Campbell in the game against Swansea City on Saturday on the right flank. With England international Alex Oxlade-Chamberlain out injured till the international break and Walcott out till December, with muscle damage, the Gunners will want to recover quickly from their humiliating 3-0 loss in the League Cup to Sheffield Wednesday.

The French manager is now without six players who can play on the right, Aaron Ramsey, Jack Wilshere, Danny Welbeck and Tomas Rosicky being the others.

It means that the 23 year old Costa Rican winger will start the game on Saturday against the Swans and Wenger will hope that he can replicate some of his best form.

Talking prior to the game, the Frenchman said, “We sit down together and analyse exactly the workload of the players. In the last six weeks, for example, we know exactly the percentage of work each player has done – what sort of exercise he has done, the intensity of his work every day, how much he has sprinted. We put it all together to see if we made a mistake.”

“I don’t want to put that label [of players being injury-prone] on them. It’s like in life – why does he catch the flu and him not? You have to accept that medically, we are not all even. We have brought other fitness coaches in and we individualise a programme for the players. But there are plenty of things that you can’t master – the competition, players may have a virus and, as well, things during the game. I trust my medical staff to do well and my coaching staff to do the fitness planning very well. We have some players who are more injury-prone than others but we are well organised on that front.”

“It is now or never for him with us. You go one time out, two times out – after that, you don’t know any more if you belong to the club or not. What is important for me is the next game. Football, and life as well, is play the next game like it was your last.”

“There is a challenge for the players who come in to show their quality and, at the end, you can find yourself with a bigger squad. That is what happened with Coquelin and Bellerín last season. Campbell’s attitude is absolutely outstanding.”