According to a report in Sun, Premier League new boys Sheffield United are trying to sign Ben Osborn during this transfer window from Championship side Nottingham Forest.

Blades boss Chris Wilder has tabled a £3m offer for the industrious midfielder, who could get a shot at top-flight football if the fee is agreed on with Forest. (h/t Sun) 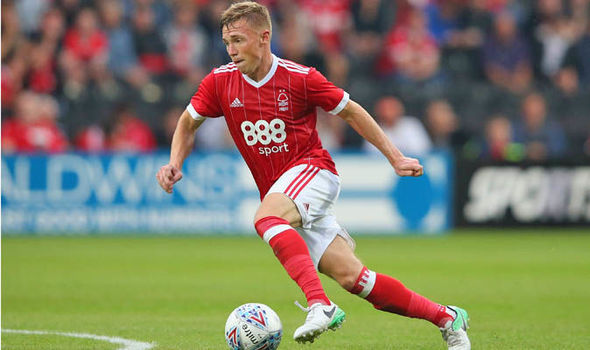 However, the Tricky Trees want double of what Sheffield United have offered in order to make the deal happen (h/t Sun). As of now, the player’s contract at City Ground expires next summer.

Sheffield United have been quite active in this transfer window, as they seek to enhance the quality of their squad ahead of a potentially-tough season in the Premier League.

Here’s why signing Osborn would add a bit more steel to their midfield:

Predominantly a wide midfielder, who usually plays on the left side because of his strong left foot, Ben Osborn can play in defensive midfield or as a left-back if required.

During the course of the 18/19 season, the 24-year-old managed to operate in all of those positions for Nottingham Forest and also played two games as an attacking midfielder.

His versatility in the midfield is something that can be used the right way by the managers. Furthermore, in terms of his attributes, Osborn has a good turn of pace on the ball to get past players in the midfield. He can pass the ball with great accuracy while being defensively sound and physically strong on/off the ball.

Thus, if Sheffield United are looking at signing Osborn, they shouldn’t hesitate to meet the asking price and complete the deal. His presence in the midfield would add more steel, greater flexibility and delivering a certain level of performance consistently.

All in all, we can conclude by saying that Chris Wilder’s men are right to make a move for Ben Osborn.