According to a report in the Star, Premier League new boys Sheffield United are interested in making an audacious swoop for Sheffield Wednesday’s star player Fernando Forestieri during the summer transfer window.

Manager Chris Wilder is an admirer of the Argentina-born player, who plied his national trade for Italy (played in the U-21s back in 2011) (h/t The Star).

On the other hand, Wednesday maybe tempted to cash in on the 29-year-old as they aim to balance the financial books (h/t the Star). The Owls owner Dejphon Chansiri, however, values the player at around £14m (h/t the Star).

While that amount may back the Blades off, but getting promoted to the Premier League has its own financial advantages. Here’s why Wilder’s men must make a move for Forestieri this summer:

Predominantly a second-striker, Forestieri can play as an attacking midfielder, a left-winger or a left-sided midfielder. His versatility is certainly an attribute that has always benefited Sheffield Wednesday, as managers used him in several roles across the pitch.

The 29-year-old has had a decent season where he managed to score six goals and supply an assist in 25 league appearances (10 of those appearances came from the bench).

In terms of his playing style, Forestieri is good at dribbling with the ball, can pick out key passes, is good at hitting the target with his shots and doesn’t shy away from making tackle or two to help the team win back possession higher up the field. 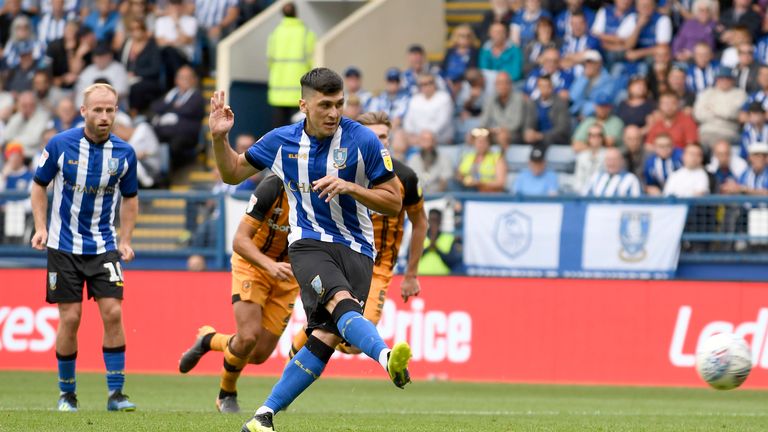 All in all, he would be a good addition to the Sheffield United team. Wilder can use him in several positions and expect positive outcomes at all times.

Sheffield United would further strengthen their attacking line by signing Forestieri this summer. Keeping the price aside, he is a good player, who possesses the qualities to excel in the Premier League.