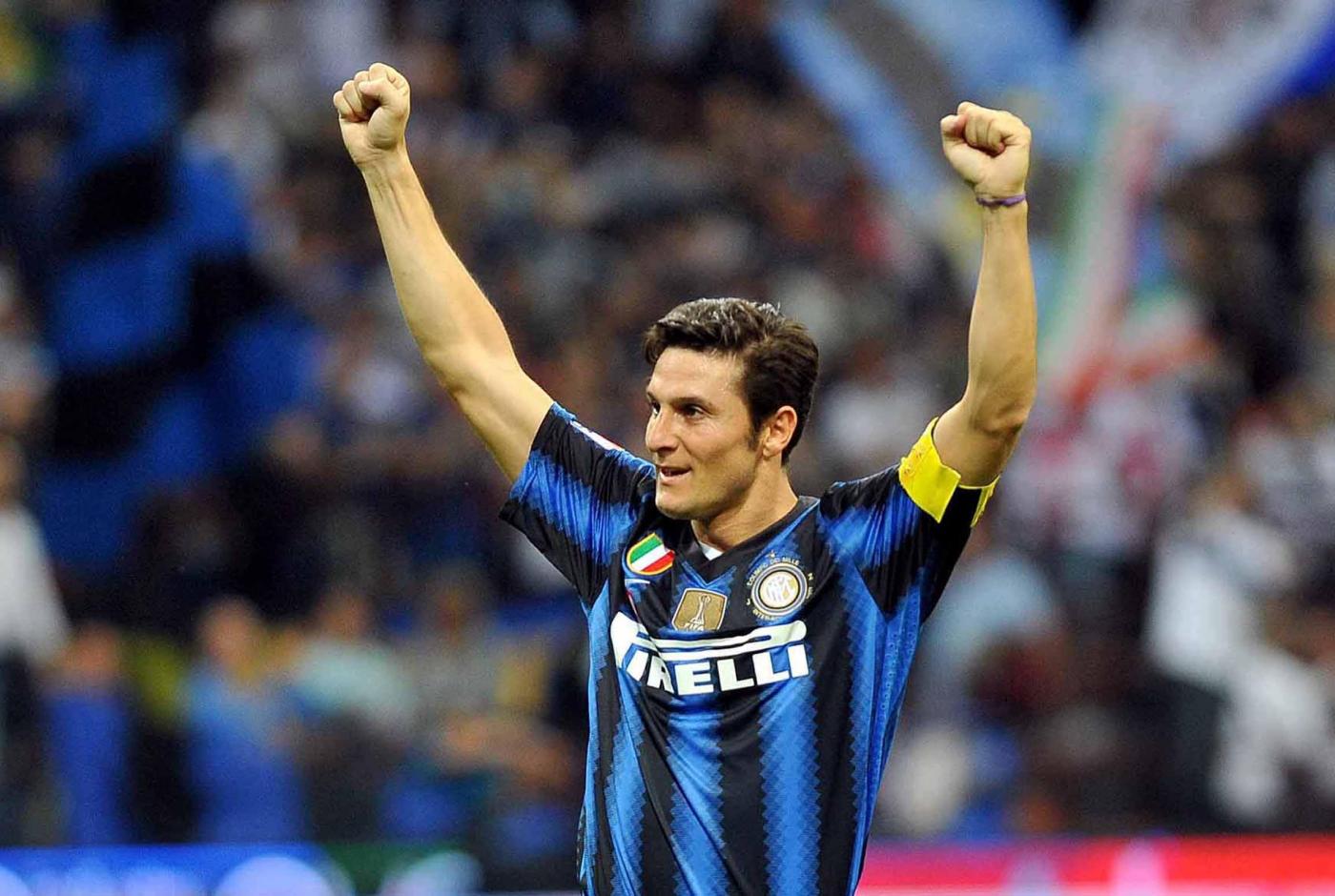 In a week where Bologna, Livorno & Catania left Serie A & Juventus confirmed their superiority on Roma, Serie A paid farewell to one of it’s greatest legends Javier Zanetti in an emotional night at the Giuseppe Meazza. Our writer Haytham Mohamed picks the team of the round for Soccersouls.com

Leonardo Bonucci (Juventus): Great positioning & ball anticipation, kept a cool head and didn’t get drifted in the tempered atmosphere between the two teams.

Fabian Monzon (Catania): Excellent display on the left flank, assisting his team winner & scoring the opener, still, it wasn’t enough for the “elephante” to escape relegation.

Dario Dainelli (Chievo): A show of experience by the ex-Fiorentina captain, to help Chievo to a valuable three points that secured their safety.

Mateo Kovacic (Inter): His assists to both Palacio & Icardi was from another planet, great vision & dribbling ability that shows why he’s seen as the new “Boban”.

Luca Cigarini (Atalanta): The best man on the field against a struggling Milan with his precise passing game and strong hunger to find a net with that powerful shot he possess.

Afriyie Acquah (Parma): Won his team a penalty out of no where with an amazing solo run, and was all over the pitch in a tireless performance that kept the European dream alive for his team.

Emil Hallfredsson (Verona):The power engine of the yellow team was on his day this Sunday, Energetic all game long & scored his team’s second with a good follow.

Duvan Zapata (Napoli): Rare start for the youngster who didn’t fail to impress, scoring one of the five goals in Napoli’s thrashing of Sampdoria & showing promising abilities in creating chances as well.

Rodrigo Palacio (Inter): Yet again Palacio is the man to save Inter, this time scoring a double to secure a European presence for the Nerazzurri next term.

Antonio Floro Flores (Sassuolo): Man of the match for the “Mapei” residents, scoring a precious double that meant they get to stay for one more year in the top flight.