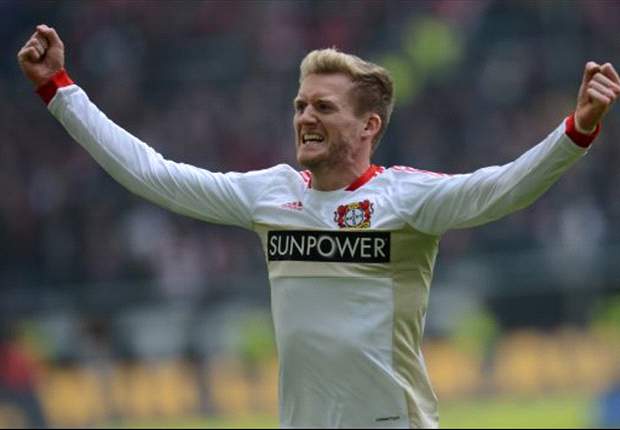 Jose Mourinho has just made Andre Schurrle his first signing as Chelsea manager in his second stint at the club. For many fans, Schurrle may not be the blockbuster signing they have been craving. After all, the German International may have impressed fans Bayer Leverkusen fans, but has yet outshine other stars such as Thomas Mueller or Mario Gotze who are playing at the highest level of the German league.

Looking at his statistics last season, Schurrle scored 11 goals and notched 7 assists in 34 appearances in the Bundesliga. While this may be a decent return for a winger, it is hardly spectacular results for a player that costs a whopping 22 million euros. Furthermore, fans will also question how he will be able to fit into the Chelsea team, especially when talented youngsters such as Oscar and Eden Hazard have already cemented their place in it.

To understand Mourinho’s decision to purchase Schurrle, we have to look back to the player’s debut as an 18 year old at FSV Mainz 05 football club. At Mainz, Schurrle made his debut in a 2-2 draw against his eventual club Bayer Leverkusen and took one month before he scored his first two goals for Mainz against Vfl Bochum. While his performances simmered afterwards, a signing of a professional contract with FC Mainz and appearances in 32 of the club’s 33 league games showed that the club believed in the precocious 18 year old.

Schurrle’s performances not only impressed Mainz, but also attracted the attention of Bayer Leverkusen, who snapped the youngster up for 8 million (a relatively huge fee for a youngster who just made his debut) after his maiden season in the Bundesliga. Schurrle was allowed to play for one last season at Mainz, before moving to Bayer Leverkusen the next year. In his second season at Mainz, Schurrle showed everyone exactly why Leverkusen were willing to part with 8 million euros for him. In 33 appearances, Schurrle notched 15 goals and 4 assists from a center forward position, showing a keen eye for goal, good finishing and great technical aptitude. Bayer Leverkusen had just secured the signature of one of the most exciting German youths in the Bundesliga.

The next season was a different story fro Schurrle though. Instead of hitting the ground running at his new club, Schurrle struggled to impress. While some argued that the pressure of matching his large transfer fee stressed the German out, it was a shift in a tactical position that placed Schurrle in unfamiliar waters. While Schurrle was trained and played most of his career as a center forward, he was constantly deployed on the left flank. This situation was similar to that of Daniel Sturridge, a Chelsea starlet who also struggled to gain game time in his favoured center forward position.

Like Sturridge, Schurrle had to learn the art of the winger in his first season at Bayer Leverkusen and struggled, finishing with a mere 7 goals in 31 appearances. Despite his poor performances, Chelsea’s interest in the winger was first reported in the news during the January transfer window. Schurrle then commented: “My agent and I have not had any contact [with Chelsea] so we will just have to wait.” he said. “We will see how interesting it is when it becomes concrete.”

Unfortunately, a moved never materialized as Chelsea signed German counterpart Marko Marin instead together with new boys Oscar and Belgian superstar Eden Hazard. The latter will be Schurrle’s biggest competition at Chelsea next season when he finally moved over to the Europa League Champions. At first glance, many might think that Schurrle is just a signing to make up the numbers, one that adds a bit more depth to an already talented squad. However, knowing Jose Mourinho’s play style, Schurrle’s role may be more important than that.

Schurrle has many special qualities that make him a frightening prospect. Firstly, his pace sets him apart from most of the players in the Chelsea squad. In his time at Leverkusen, Schurrle tormented right backs with his turn of pace and stamina. One that has seen him shuttle from attack to defence relentlessly. He is the perfect winger to start counter attacks from defensive positions, and also has the ability to maintain that level of intensity throughout the game. Furthermore, Schurrle has the uncanny ability to shoot and score from range. Like Arjen Robben and his magical left leg, Schurrle’s attacking style involves direct running and dribbling, before cutting in and delivering a stunning shot. That play style has seen him score spectacular long range thunderbolts. Moreover, Schurrle comes in as the only out and out left winger in the squad, a role that likens him the Victor Moses, the only out and out right winger in the squad at the moment.

While Rafa Benitez and Robert Di Matteo have used Moses rather sparingly during their tenure as Chelsea managers, Mourinho’s preference to use wingers rather than attacking midfielders like Oscar and Juan Mata makes Schurrle more of an asset than an expensive liability. As we all know, Mourinho stormed the premier league in his first stint as Chelsea boss with his usage of Arjen Robben and Damien Duff on the right and left flanks respectively. Both players were fantastic wingers, capable of playing on the touchline or cutting in to shoot or create chances. In Victor Moses and Andre Schurrle, Mourinho has a viable plan B when the first team trio of Juan Mata, Hazard and Oscar fail to carve defences open.

As shown last season, Chelsea has faltered against deep defending sides which deny the team space. While “The Three Amigos” excel technically, their tendency to drift inwards denies space for Torres or Ba to exploit. With Moses and Schurrle (Proper wingers), Mourinho can expand the area of play and allow midfielders to contribute more to the attack, adding a new dimension to the current Chelsea attack. This is a tried and tested formula, one that got the best out of club legend Frank Lampard, one of the best goal scoring midfielders of all time who is known for his late runs from the middle of the park. Schurrle’s ability to play as a striker also makes him a valuable asset in the box. His ability to poach, find and finish chances make him a suitable backup to any of the team’s main strikers. His height, (6 feet) also makes him a significant aerial threat at set pieces.

However, Schurrle will face significant hurdles to his Chelsea career.

Firstly, Schurrle has to improve his all round game to survive in the harsh premier league. The German is not the strongest physically and an injury may see him fade into obscurity like teammate Marko Marin last season. Schurrle’s inconsistency at times may also cost him his place in the team, while his crossing also needs to be improved. Beyond the pitch, Schurrle has to be patient for opportunities in a talented Chelsea team. His position on the left flank is already occupied by Eden Hazard, a fan favourite and a consistent performer last season. Displacing Hazard will be difficult and the German has to justify regular game time with performances that outclasses the Belgian. In his secondary striker position, strong contenders Lukaku and whichever blockbuster signing to come in will make it hard for him to challenge for the coveted starting spot.

Nevertheless, Schurrle appears to be a signing that matches Mourinho’s preference in wingers. While he may find it hard to earn a starting spot in the Chelsea team, his ability to give an extra dimension to the Chelsea attack makes him a valuable asset for the long and arduous season ahead. Fans should keep their eyes peeled on this player as he could be a dark horse in Mourinho’s second tenure as Chelsea Manager.