According to a report in Daily Mail, Premier League champions Manchester City are lining up a move for Dinamo Zagreb winger Antonio Marin. Chelsea and Villarreal are also touted to be in the race to sign him.

The 18-year-old winger, who is a Croatia U21 international now, assisted a goal against the City U19s last week. He became a starter for the Zagreb senior team last year and has featured in four league games so far this term.

Currently, Marin’s contract with the club runs till the summer of 2024. Thus, any club that comes in for a bid will need to rack up the amount.

He has shown a lot of promise not just in his short first-team career, but also while learning his trade in the Dinamo Zagreb youth academy. The interest from two top English clubs is an indication of that.

Without any further ado, let us take a look at the player in a detailed scout report:

Antonio Marin is a versatile forward line player, who has mostly operated on the left-wing but is comfortable playing either as a striker or as a right-winger if required by the team.

The 18-year-old arrived at the Dinamo Zagreb youth academy back in 2009 and has learnt his trade there. Last season, he made his senior debut for the club and has impressed a lot of people around. 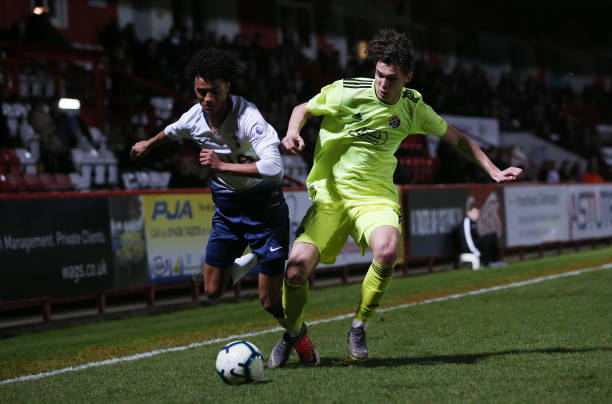 In terms of his attributes, the Croatia U21 international possesses great pace to burn and trouble the opposition back line. He has good dribbling skills, makes logical decisions in the final third and doesn’t shy away from having a go at the goal when the opportunity arises.

Despite being just 18, Marin is doing a lot of things right and developing nicely as a player.

Therefore, Manchester City are right to keep a close eye on Antonio Marin. We shouldn’t be surprised if Pep Guardiola’s men do make a bid for him in the near-future.