Little did Maurizio Sarri know that he was sending new signing Higuain into what would turn out to be an embarrassing 4-0 drubbing at the hands of one of the Premier League’s ‘smaller’ teams.

In the opening exchanges of the game, they moved the ball around with confidence and kept the ball in good stead but were unable to pierce a well-shaped Bournemouth defence. Even with Hazard and Pedro bombing down either side, they weren’t really troubled. 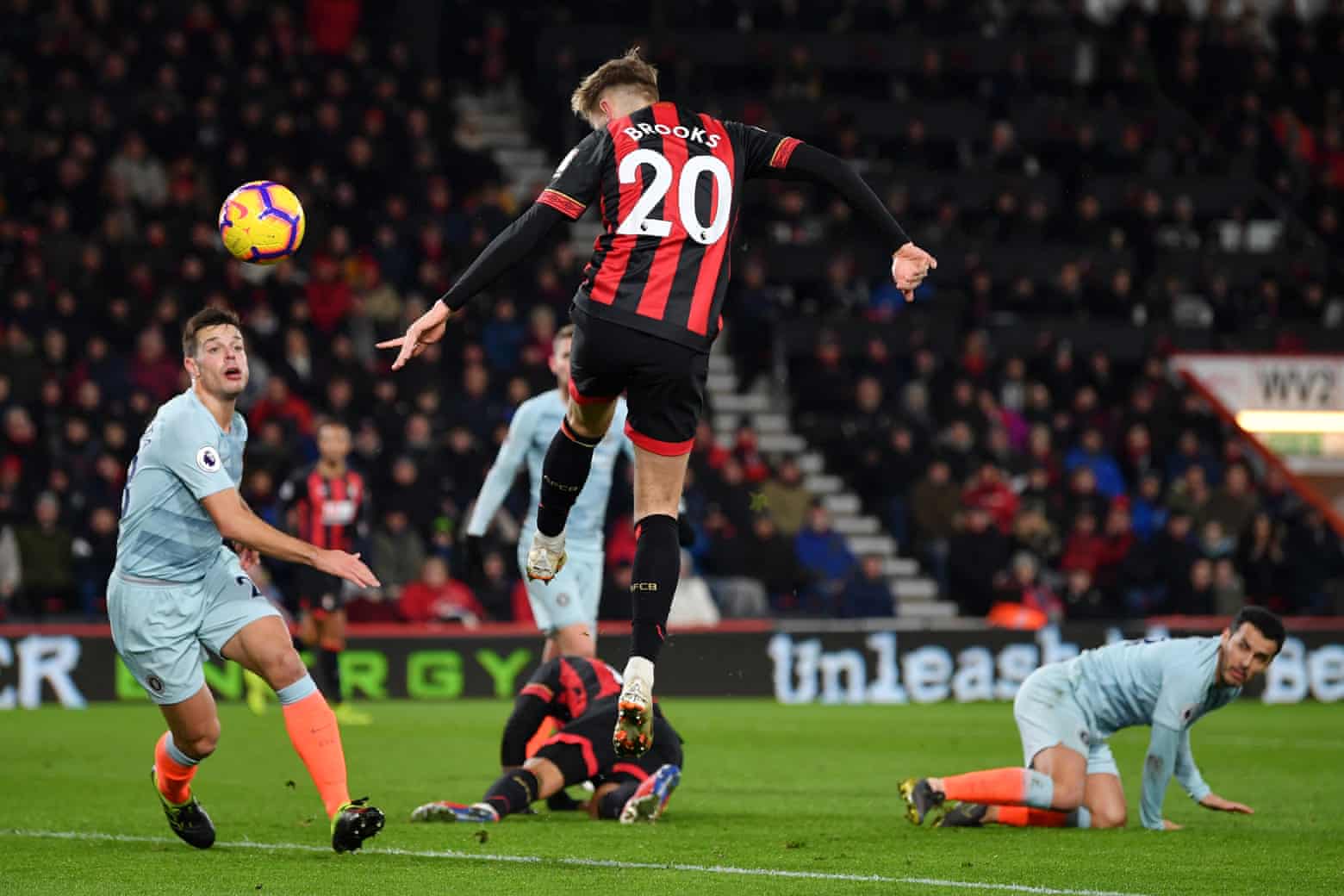 After a while into the half, a cross from César Azpilicueta was met by Matteo Kovacic‘s head but the ball bounced off the crossbar and was then cleared.

That was as close as Chelsea came in the first half. Despite all the dominant possession, they were unable to really carve out any clear-cut chances and as the fixture went into the final knockings, the Cherries slowly started coming into the game. 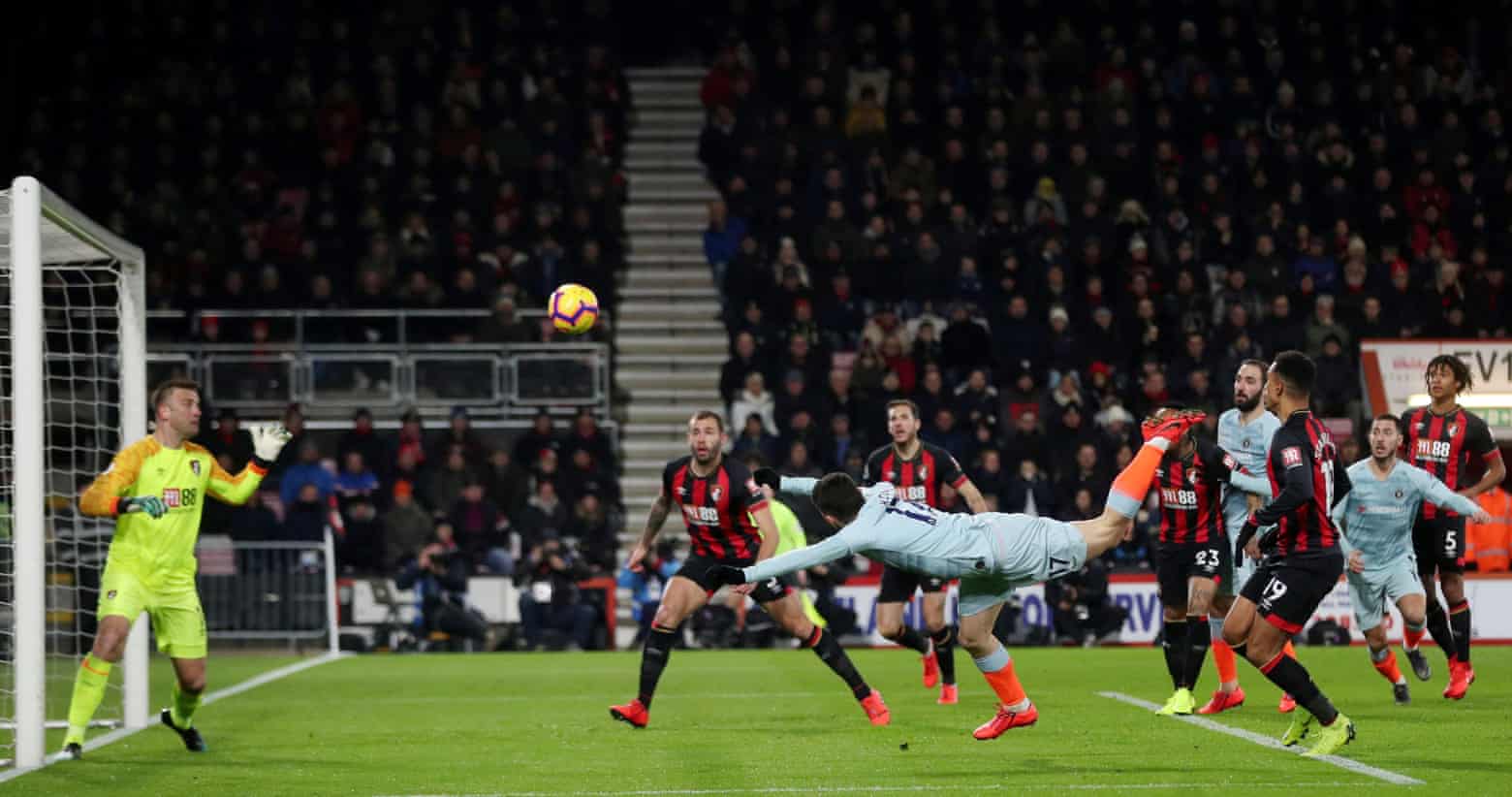 The pace of Josh King and Junior Stanislas were a constant threat to the Chelsea defenders on the counter as Jorginho is not the kind of player who’s capable of defending too much.

The second half began with some shoddy play from Chelsea and it took the Cherries just two mins to score the opening goal. A quick move ended up with David Brooks on the far side.

He played a neat cutback into the box, which found Josh King in the middle. He powered it into the roof of the net giving Kepa no chance to save it. Chelsea looked like they were in trouble every time Bournemouth came forward. 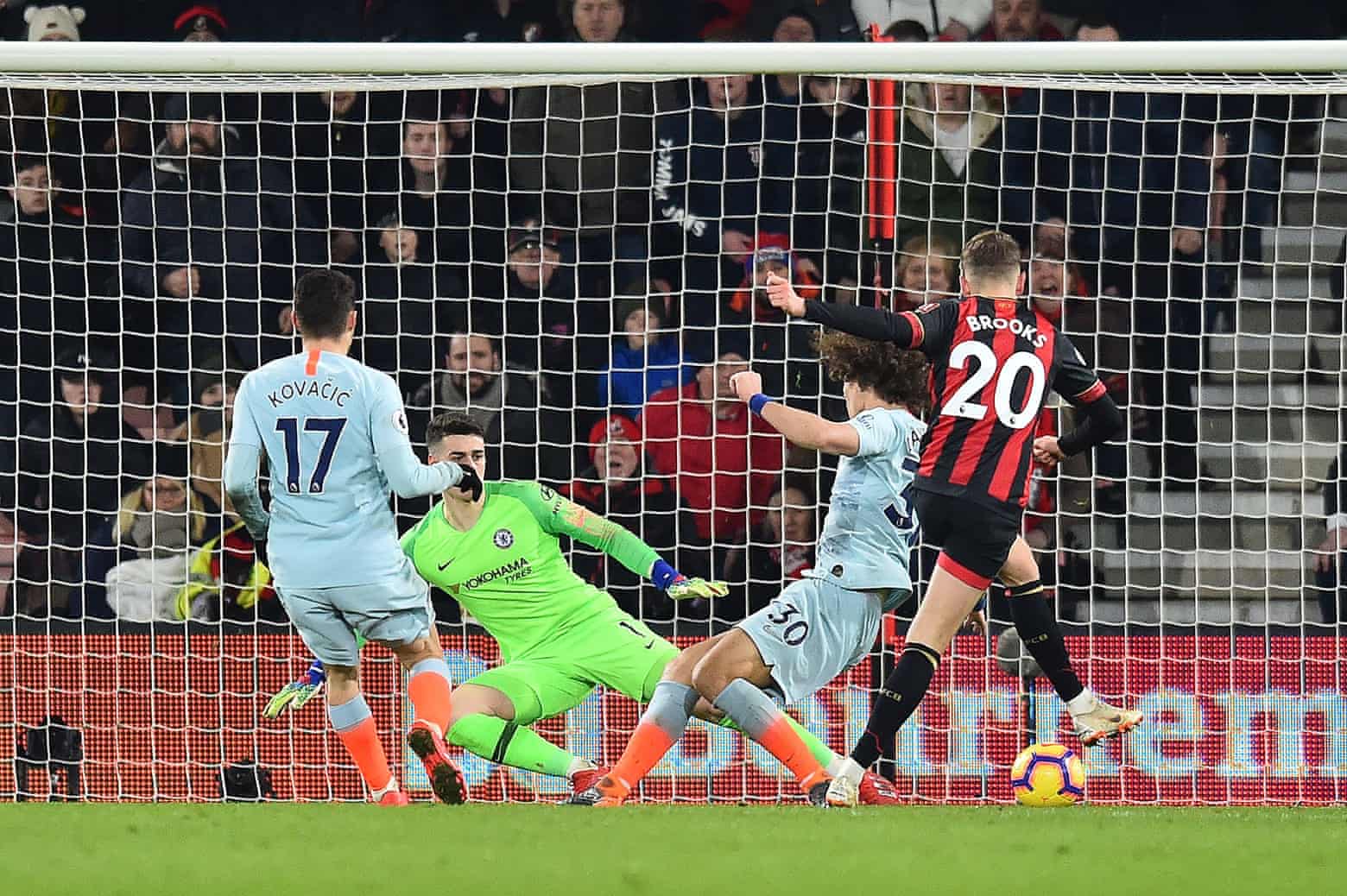 In the midfield, the Blues kept giving the ball away and Bournemouth latched on for a second goal in the 63rd minute. A mistake by David Luiz gifted the ball to Stanislas, who found Brooks.

Although Luiz got back to cover, Brooks casually cut past him and sent Kepa the wrong way to make it 2-0 to the home side. Chelsea’s misery continued into the latter stages of the half as well and they paid the price for that.

Within 11 mins of the second goal, they got another one when a lofted ball was collected by Stanislas who was clean through on goal. He then unselfishly stroked the ball to the open King for his second on the night and made it 3-0 to the Cherries. 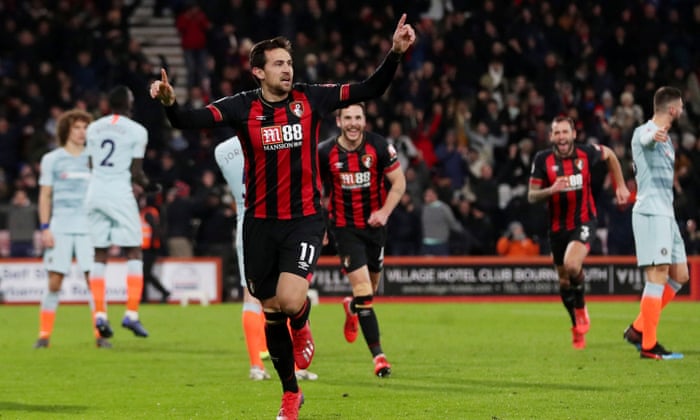 Chelsea never showed any signs of a comeback and that must worry Maurizio Sarri. To frustrate him even more, in the dying seconds of the stoppage time, they gifted the Cherries a free-kick on the flank.

Read More:Chelsea completing a clever summer move for top-class Barcelona star would turn them into title contenders next season

The ball in was met by substitute Charlie Daniels. His precise header rocketed into the corner of the net as Kepa watched from his position as Chelsea threw away their 4th-place to Arsenal with 14 games of the season remaining.

Here’s how some distressed Chelsea fans reacted to this embarrassing defeat:

Congrats from a Chelsea fan. You were exceptional. Good luck for the season.

I’m a chelsea fan and all I can say is Bournemouth were outstanding! Such an underrated club! Yes we were poor in all aspects but it takes a great team to capitalise on the mistakes against big clubs. Fair Bournemouth well deserved 👏🏻👏🏻👏🏻

Utterly embarrassing. How can you lose 4-0 and still not have a look of fight. Humiliating to be a fan. No heart or respect for the club. Something needs to change because the mentality is poor.

Drop Jorginho, play Kante in position and bring in the young players who actually want to play football and won’t sulk if things aren’t going right like most of the current squad.

We tried to warn you. Eden Hazard let loose from the shackles of defensive managers would tear the Premier League apart. Hazard under Maurizio Sarri should be illegal. Oh

Embarrassing. Will we go the easy route with Hiddink or will the board make other changes?

@ChelseaFC. I hate everything about this
so-called Sarri ball. I mean how can you lose to this team. Does Sarri ball mean that the players should only possess and not to try shot? I always say this and I will say again, too many possessions don’t win a game..Nonsense!!!

When do we wish Sarri all the best in his future? 😂😂