Three things Jose Mourinho must do to win at Burnley

Things don’t appear to be moving in the right direction at Manchester United as the Red Devils have endured a poor start to the new campaign after ending last season trophyless and 19 points adrift of Premier League champions Manchester City.

Jose Mourinho’s side fell to a heavy defeat against Tottenham Hotspur at Old Trafford on Monday night and the Portuguese tactician is under immense pressure to turn the club’s fortunes. Prior to the 3-0 thrashing at home at the hands of Spurs, United endured a shock 3-2 defeat at Burnley.

With that in mind, it remains to be seen how Mourinho, the man seeing this abysmal opening to the new Premier League campaign, turns things around.

Here are three things Mourinho must do to bag all three points against Burnley today.

Sort out the messy defence 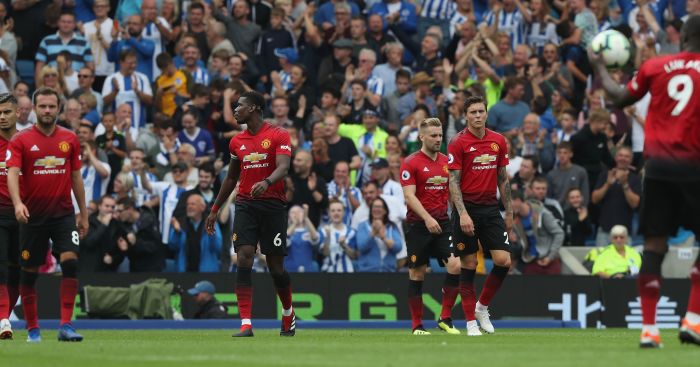 Eric Bailly has struggled to justify his starting role this term, while Victor Lindelof, for all of his promise, is not ready to be a regular Premier League player for a team of United’s class. Phil Jones could miss the game at Burnley after injuring his hamstring midway through the Spurs game, while Chris Smalling did nothing to claim a starting berth.

This leaves Mourinho in a big selection dilemma ahead of the trip to Burnley. Tough calls need to be taken if United are to bounce back from the demoralising defeat against Tottenham.

Alexis Sanchez had one of his worst games in a United shirt against Leicester and missed the Brighton game due to injury. The 29-year-old was unable to influence the game against Spurs when he came off the bench on Monday.

While Sanchez hasn’t done anything to come back into the starting XI, Mourinho must hand the Chilean a start up front alongside Romelu Lukaku. Playing on the left-wing has often seen Sanchez stay isolated and fail to influence the games.

Lukaku would be itching to get on the score-sheet after failing to score against Spurs, but more than the big Belgian, Sanchez needs a goal to regain his confidence. Above all, it’s United who desperately need goals and three points at Burnley!

United’s change of shape against Spurs was to allow the forwards more freedom to attack while remaining relatively secure at the back – a tactic that felt far too clever for its own good before the second-half debacle.

Mourinho’s men started the game with great energy, pressed higher up the pitch and harried and hassled the Spurs players whenever they got the ball. Tottenham had little answer to United’s high-pressing game led by Jesse Lingard and struggled to keep possession.

Regardless of Pochettino’s men having the last laugh on Monday, there are no second thoughts on why Mourinho’s team must start in the same manner against Burnley.