Nemanja Matic missed a sitter early in the second half but substitute Juan Mata halved the deficit with a fine free-kick in the 70th minute to give United some hope. They duly levelled the scores through Anthony Martial’s fine finish after a fantastic link-up play with Paul Pogba.

The winner was found by Sanchez, who jumped to head home Ashley Young’s cross from the right to set Old Trafford bouncing.

He was beaten twice in the first 10 minutes but held his guns and made a couple of crucial saves to keep United in the game.

Young was beaten quite easily by Kenedy for Newcastle’s opener and then was culpable for Muto’s goal too. But he improved in the second half and delivered the cross for Sanchez’s winner.

Struggled to pass the ball out from the back and lacked composure in the first half. Put in a better display after the interval.

Was substituted after 19 minutes with Newcastle 2-0 up. Bailly’s position was poor for both goals and he was sacrificed for Mata as United chased the game.

He wasn’t at his sublime best. However, Shaw stayed strong defensively and stayed focused throughout the game.

Was really sloppy with his passing and took way too many touches on the ball when he could have released a lot quicker. Matic looked anonymous and missed a sitter after the break. Could have also scored an own goal. A forgettable evening!

Struggled throughout the game and was erratic when he changed his position from central midfield to central defence. Was rightly hooked off after the break.

Pogba lacked the guile in the first half but he stepped up after the break. Played a delightful back pass to Martial for the equaliser.

Rashford showed a lot of energy and fight when United went 2-0 down. Missed two gilt-edged chances.

Displayed a lot of fight and gave Yedlin a torrid time with his dribbling skills. Scored a fantastic equaliser. 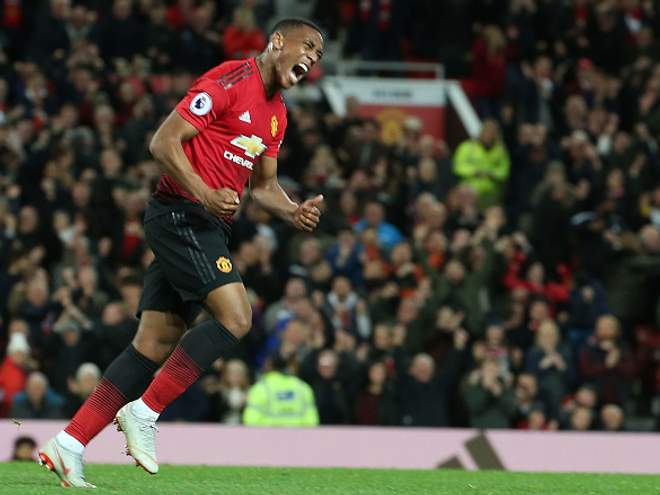 Lukaku’s touch deserted him again but he worked tirelessly. Offered a couple of very good crosses which deserved to find the back of the net.

Changed the whole complexion of the game with a superb free-kick.

Read more: Who is this 6ft 5in giant on Man City and Man United’s radar? The next Nemanja Vidic?

Added a lot of steel to the midfield and was a thorn in the Newcastle defence.

Looked lively with his off the ball movement. Headed home the winner to set Old Trafford rocking.