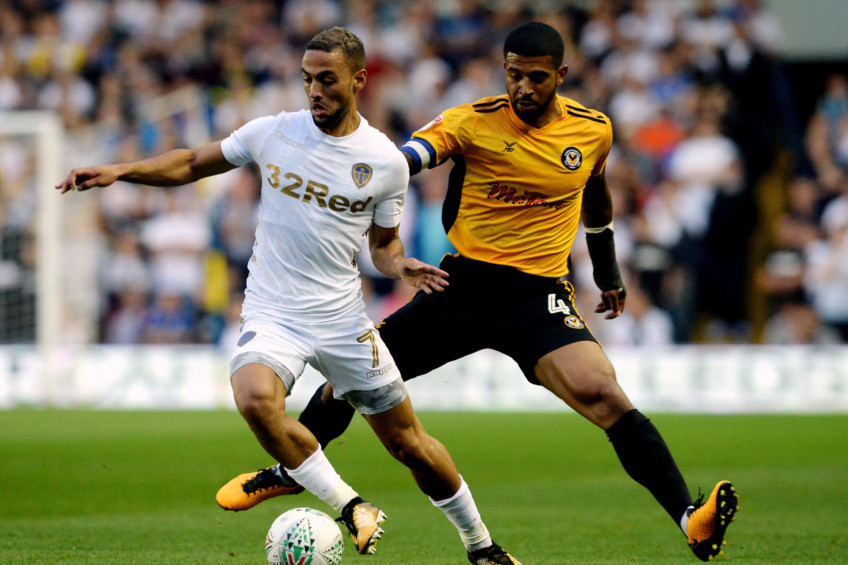 Leeds United continue to flatter to deceive in this division no matter who the manager is or what sort of squad they have. Garry Monk, Charlie Taylor and Chris Wood have gone, Thomas Christiansen, Pierre-Michel Lasogga and Samu Saiz have arrived but still Leeds find themselves in a similar position a year down the line.

They may yet grab a play-off place, of course, but their performances are simply not consistent. I find myself tipping Leeds confidently a few weeks in a row then, one to two games later I wouldn’t back them with someone else’s money.

As for their star performers, it’s subjective really. Saiz has been excellent, unexpectedly so, while good yardsticks Luke Ayling and Pablo Hernandez keep their performance level high. Kalvin Phillips may in hindsight, have been even better had he played fewer games, however, I’m going for the below two on the basis that if I were a Premier League manager these are the two I may attempt to sign:

Their best player last season, at least aside from Wood, and once more he tops most statistical lists. Jansson is probably a top level defender and has set about proving that this season, using his giant frame to great effect at the back and showing just the right amount of aggression too.

At 26 years of age he will undoubtedly get better as a centre-back but, worst case scenario, he will want to be in the Premier League next season and if Leeds can’t at least get a play-off place the rumours of his departure will start in earnest come April.

He is just about one of Leeds’ top five players you’d feel, however, I’m taking into consideration that like a few of the players down at Fulham, it has been hugely frustrating to watch him play most of the season in positions that simply don’t suit him.

Regardless of whether he has been at no.10, centre-forward (really not for him) or out on the right he has buzzed around, beaten his man and generally been a total nuisance to the opposition all season long.

Regular readers, however, will know that I have said repeatedly that this lad really needs to be starting his games on the left of the 4-2-3-1, a position from which he is free of the burden of the close attention of centre-backs as he picks up possession and from where he can cut inside and run at them at great pace.

Just to say; the one time he was afforded a start on the left-hand side he scored a hat-trick and was given a Whoscored rating of 9.42.