According to a report in Independent, Southampton have completed the signing of Standard Liege striker Moussa Djenepo for a fee around £14m. The move will be completed subject to the approval of work permit.

The 20-year-old has impressed in the Belgian top-flight since joining two years ago in a cut-price deal from a club in Mali. He scored 11 goals and supplied six assists in 39 appearances in all competitions last season. 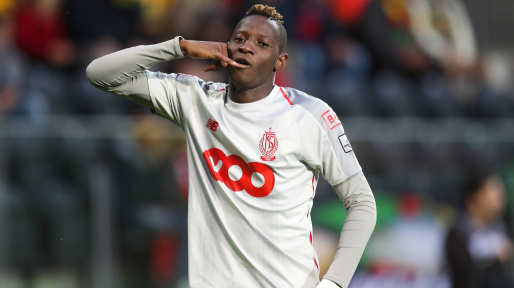 Southampton have been tracking the player’s progress for some time now and had the fee agreed with Standard Liege (h/t Independent). However, the work permit is taking time and official announcement may not happen until next week (h/t Independent).

Saints manager Ralph Hasenhuttl, who performed heroics in keeping this team up from the relegation battle, is looking to refine his squad ahead of next season. (h/t Independent)

Here’s why signing Djenepo is the first step in the right direction:

One of the problems that relegation-threatened teams face is the lack of goals scored. This is exactly what happened with Southampton, especially before the arrival of Hasenhuttl.

Despite that, they managed to score 45 goals in 38 league games, 10 less than 10th-placed West Ham, which is where this team should target their finishing position to be.

Hence, it makes sense that Saints have agreed on a deal to bring Moussa Djenepo to St.Mary’s stadium. The 20-year-old possesses incredible pace, great dribbling skills, ability to play in various positions across the front line and ruthlessness in front of goal.

He can very easily replace the likes of Shane Long and Charlie Austin in the Southampton team and add that extra firepower up front.

Therefore, Saints must make sure that Djenepo’s work permit doesn’t take much time to come and he arrives at the south coast to work with the team when the pre-season starts.

On the transfer front, this is a great start by Hasenhuttl’s men. They are looking to address the core problem of the team moving ahead to the next season.