Manchester United endured a lacklustre evening as Liverpool picked them apart to pieces. Granted, Jose Mourinho didn’t deploy the strongest of sides but the Red Devils barely threatened the Liverpool defence. Manchester United seemed far from their best, sloppily giving away the ball in dangerous positions.

Jose Mourinho started Alexis Sanchez as the lone striker with Juan Mata right behind him. The manager deployed a 3-5-1-1 which saw Andreas Pereira in central midfield, with Mitchell and Darmian occupying the flanks. McTominay and Ander Herrera were slotted in as deep midfielders, while Tuanzebe, Bailly and Fosu Mensah started in central defence. New signing Lee Grant started in goal.

The Red Devils were barely cohesive on the ball. Jose Mourinho’s men struggled to get going as they looked fragile at the back. Liverpool threatened early on, with both Mohamed Salah and Mane going close. Salah’s dipping header was kept out by a brilliant save from Lee Grant. Mane came close next, with the Senegalese international’s tame shot just heading wide of the goal.

But United’s luck eventually ran out in the 28th minute as Salah was fouled in the area by youngster Demetri Mitchell. Sadio Mane was calm and composed to convert the penalty. He placed it perfectly into the left corner, leaving Lee Grant with no chances of making a save. 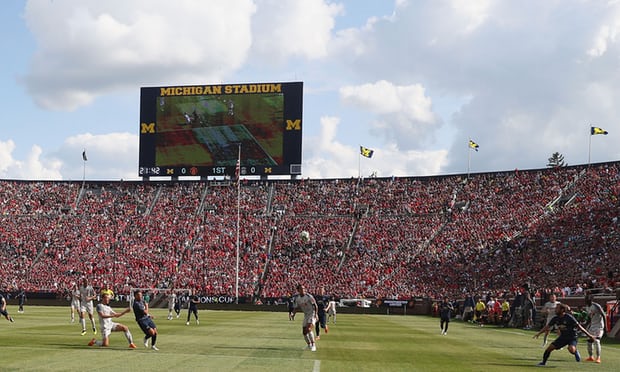 The Red Devils levelled matters in just 2 minutes through a sublime free-kick from youngster Andreas Pereira. The midfielder curled his effort into the top left corner, with Liverpool goalkeeper Grabara left stunned.

The 22-year-old Pereira has shown real determination and intent to break into Jose Mourinho’s first-team this season and he has certainly taken his chances in pre-season. That free-kick will aid his cause for sure.

Alexis Sanchez showed glimpses of his devastating skill on the ball but the Chilean ultimately failed to produce anything meaningful. At times, the former Arsenal man looked like a lonely island up front. He was often isolated, with most of United’s players playing deep behind the ball.

Former Stoke City manager Lee Grant enjoyed a decent debut, putting together a string of important saves. But it’s clear Manchester United have a lot to do before they kick off their Premier League season against Leicester City.

Jose Mourinho will certainly be disappointed with the result, given that the opponents were Liverpool. But the former Chelsea manager has to make amends. This could be his last chance to prove himself at Old Trafford.

A number of fans took to Twitter to show their disappointment.

United fans booing the decision to take off Rashford, I think. One guy by me just mouthed ‘what the f***?’ to his mate.

Losing 4-1 to Liverpool. Matteo Darmian playing as Manchester United captain. A lack of quality signings. What a pre-season tour this has been.

– Darmian & McTomiany are ASS. They need binning now.
– Pereira MUST start on the opening game of the season against Leicester.
– We need another CB. Get Alderweireld in ASAP.

Jose Mourinho won’t be Manchester United manager by the end of the season, simple!

When are we getting rid of Jose @ManUtd? Announce his terminated contract.