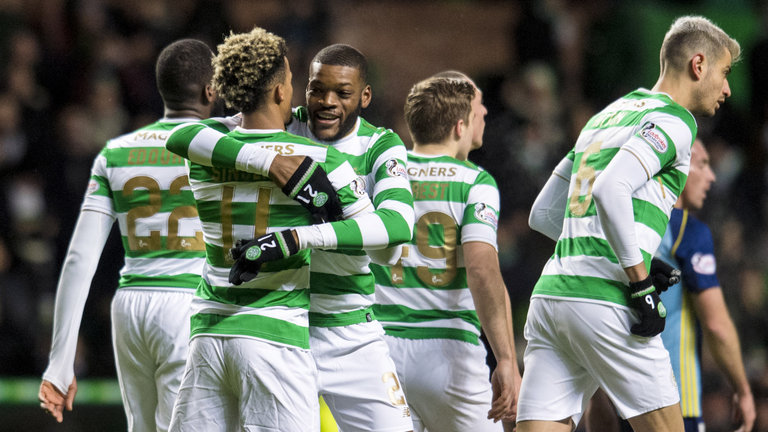 Predicted Celtic Lineup To Face Hibernian In The Scottish Premiership

The Hoops go into the weekend, 11 points clear at the top of the SPL, having only lost one game in the league all season. Since that 4-0 defeat to Hearts where their 69-match unbeaten run came to an end, the Bhoys have been under pressure. But other than a 0-0 draw against Rangers, they have come through unscathed and are unbeaten now in 7 games. The team attempting to stop them this weekend is Hibernian. The Edinburgh club are doing well and will be looking bounce back from their derby defeat last weekend to Hearts.

Marvin Compper arrived from RB Leipzig and promptly got himself injured, and he is joined on the sidelines by Johnny Hayes, Patrick Roberts, Tom Rogic and Anthony Ralston.

Experienced international Craig Gordon is the leader at the back and has been a fantastic signing for Celtic.

Mikael Lustig has been at Celtic since 2012 and has stuck with the club through the highs and lows. The experienced Swede adds class to the backline.

The big Norwegian has found a home at Celtic Park and is a key part of the reason that Celtic do not concede many goals.

Boyata appears to have secured his place in the heart of the Celtic defence and will be marshalling those around him to ensure they keep a clean sheet this weekend.

20-year-old Scottish left-back Kieran Tierney is a constant presence in the team and will be looking to provide pace and width for the Bhoys.

Scott Brown lives and breathes Celtic, perhaps he doesn’t have the movement like he used to have but very few people read the game as well as the big Scot.

A skilful French midfielder who is as good at attacking as he is at defending. He should partner Scott Brown in the centre of the park.

So often the player who starts the attacks for Celtic, Scott Sinclair is a classy player whose career has been reborn over the border.

Part of the attacking unit that will look to unlock the Hibs defence, Callum McGregor will pop up all over the field. The 25-year-old has 5 goals this season and will be looking for more.

Moussa Dembele has struggled with calf injuries this season but should take his place in the team and look to use his pace to finish off attacks.

After coming on to score the winner against Partick Thistle, Leigh Griffiths could get the nod this weekend. The Scottish striker knows where the back of the net is and will look to find it this weekend.