3 reasons why Watford can qualify for Europe this term

Watford maintained their perfect start to the new campaign after they came from 1-0 behind to beat Tottenham Hotspur 2-1 at the Vicarage Road on Sunday.

Tottenham, buoyant after their excellent 3-0 smashing of Manchester United at Old Trafford, would have gone to Watford not being bothered about the hosts’ wins over Brighton, Burnley and Crystal Palace earlier. However, the fact that Spurs couldn’t manage a single point despite taking the lead was down to the Hornets’ ruthless approach.

Although these are early days to make a judgment, Javi Gracia’s men can easily improve on last season’s 14th-place finish. No team at this point of time will want to play Watford given their current form and confidence.

With Watford flying at the moment, here are three reasons why they can qualify for Europe this term.

Watford are off to a flying start, beating Brighton, Burnley, Crystal Palace and then overcoming Tottenham Hotspur on Sunday. Four wins out of four have answered critics’ questions. 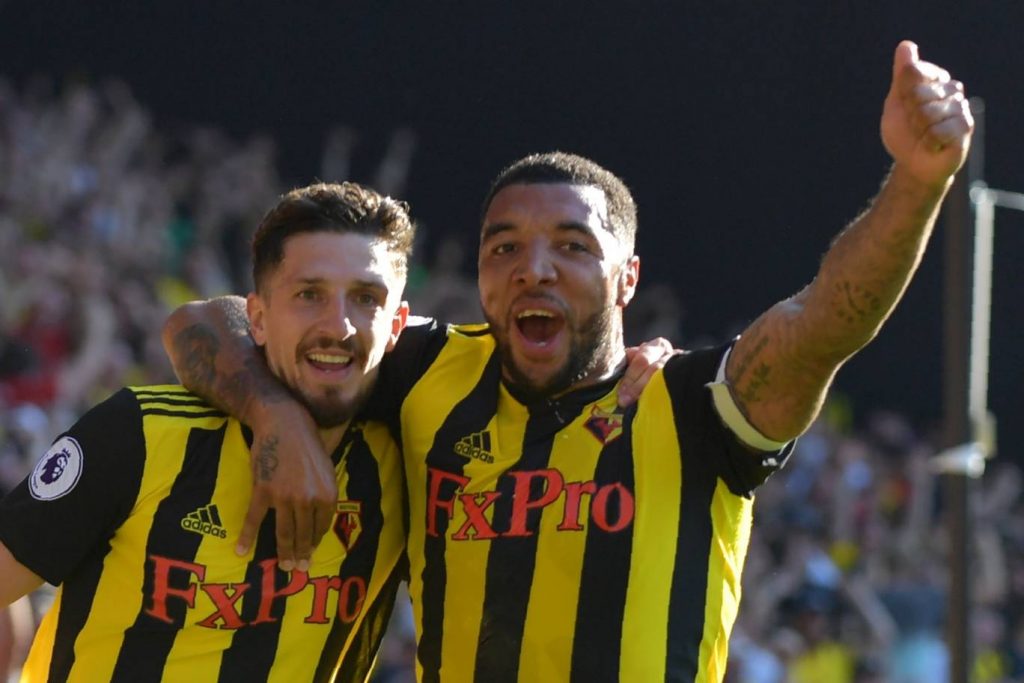 Such a blistering start wasn’t expected, particularly with the club’s best attacking player of last season joining Everton in the summer.

Yet, they have achieved their success so far without much fuss. While it would be foolish to get carried away by four victories in as many games, the early signs show a lot of promise.

Richarlison’s departure from Watford this summer has put the onus on Roberto Pereyra to step up and the Argentine has not disappointed at all.

Pereyra has scored three goals in four games for the Hornets this term, perhaps not allowing the fans to moan about Richarlison’s exit. The diminutive attacker, who has struggled for consistency and fitness since leaving Juventus in 2016, has played a major role in Watford’s stunning start to the new campaign.

It remains to be seen if Pereyra can maintain his consistency throughout the campaign but if he does, the Hornets could have a stellar campaign this time around.

Gracia took charge of the Watford team in early 2018 when Marco Silva was shown the door. He did a respectable job of clearing the rut Watford were in at that moment and guided them to a 14th-place finish.

Read more: Brilliant Deeney, Superb Cathcart – The best and the worst rated Watford players in the win vs Tottenham Hotspur

So far this season, the Spaniard’s managerial credentials have come to the fore as he has masterminded the Hornets to an imperious start. Gracia is a man known for his man-management skills and eye for detail, and following the start Watford have enjoyed, it wouldn’t be a surprise if they qualify for Europe this season.