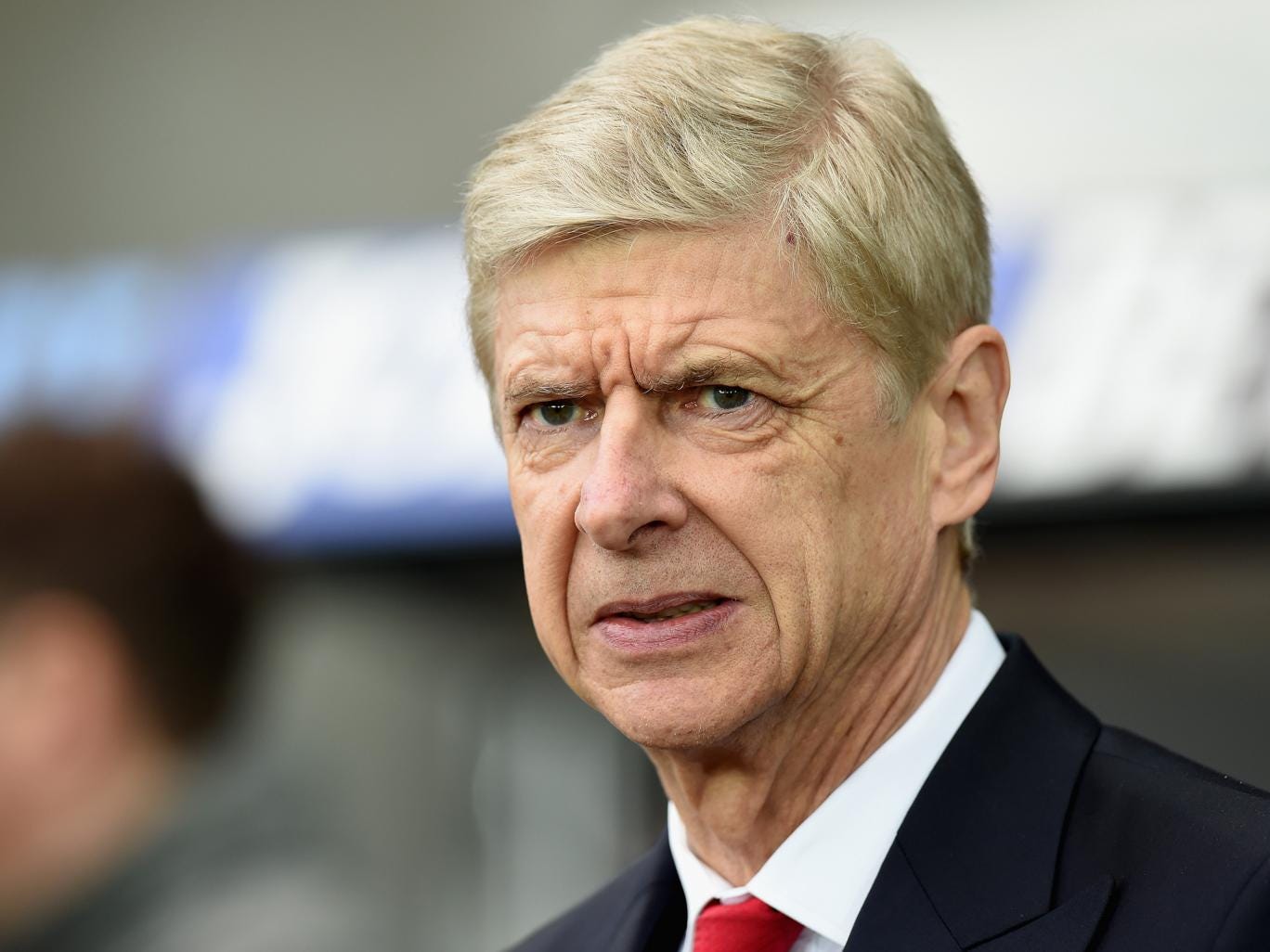 Arsenal manager Arsene Wenger’s future at the club is once again at the centre-stage with a widespread debate going on over if he is the right man to continue as the Gunners’ boss.

With Arsenal’s wait for the Premier League title all but certain to continue for the 13th straight season and given their recent disappointing results, there are even questions if they can hold on to the Champions League spot. The fans are growing increasingly frustrated at the Emirates and the banners calling for Wenger’s exit have started to make an appearance again.

The North Londoners are still in the hunt for the top-four finish but with Chelsea opening a 10-point lead at the top, the title is once again out of reach. They are still going on in the FA Cup and the UEFA Champions League, but a European success looks highly unlikely and winning just the FA Cup might not be enough to please the frustrated fans.

Wenger’s contract expires this summer and he has not decided yet if he will sign a new one. It is reported that the club has offered the Frenchman a two-year deal, but recently Wenger said that he would go with his “gut feeling” and is yet to agree to the terms. However, with growing clamours for the Frenchman to end his 20-year reign at the Emirates, his future remains very uncertain.

Many high-profile managers have been linked with Wenger’s job each time his contract nears expiration and it has been no different this time as well, with plenty of heavyweights’ names being thrown into the hat. Here, we take a look at who could be the right man to replace Arsene Wenger at Arsenal: 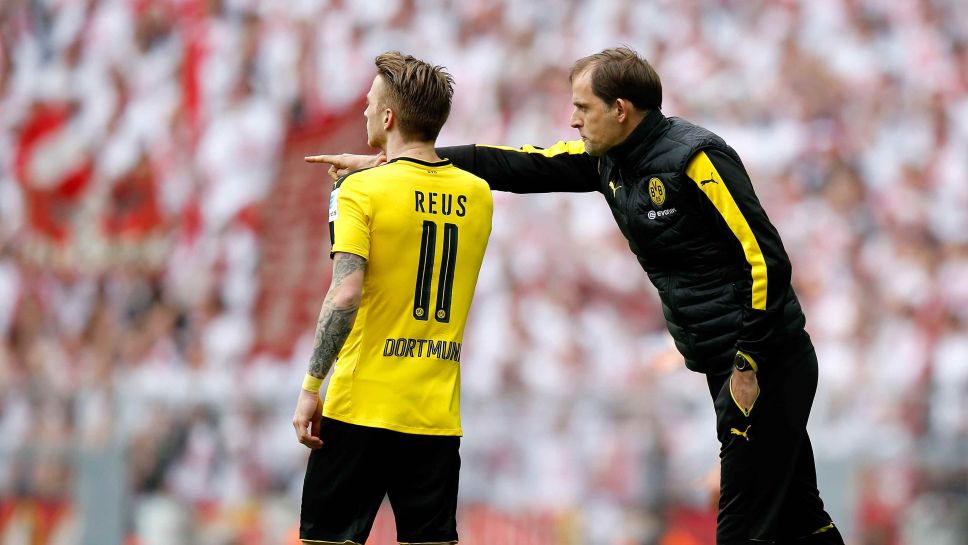 The man who replaced Jurgen Klopp at Borussia Dortmund in 2015, has a similar approach and way of playing to the current Liverpool manager. A proponent of the aggressive, high-press football, Tuchel impressed at his former side Mainz, leading them to the club’s highest ever finish in the Bundesliga and taking them into the European competition. And now he is trying to revive Borussia Dortmund, with a squad full of young and upcoming talents.

Tuchel is one of the most highly regarded managers in Germany and Europe with current Manchester City manager, Pep Guardiola, a huge admirer of the man. The Spaniard went as far as suggesting Bayern Munich bring Tuchel in as his replacement last year. Plays an attractive brand of football, encourages youth and speaks very good English, Tuchel ticks most of the boxes to be the right man to replace Wenger, but the lack of trophies on his CV could prove to be a dampener. 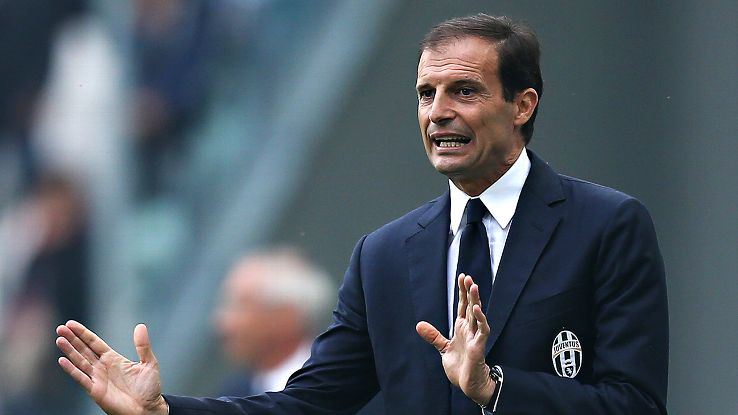 If Arsenal are looking for a manager who has shown the pedigree to win titles, then they don’t have to look further than Juventus boss Massimiliano Allegri. The Italian won the Serie A with AC Milan and since taking over at Juventus, has won two more Scudetto in two years and the third one seems a certainty this season. Building upon the squad that Antonio Conte left, Allegri guided the Bianconeri to the final of the Champions League, something which the current Chelsea boss wasn’t able to do during his days in Turin.

An astute mind, Allegri is a canny manager and a smart tactician as he has shown with Juventus and has proven his mettle to win titles. But question marks remain over his abilities to build a squad from the scratch. The moment Zlatan Ibrahimović and Thiago Silva left his AC Milan side, they were in tatters. At Juventus too, he has inherited a strong squad full of excellent individuals and hasn’t had to build from ground up, which is something that might be needed at Arsenal. 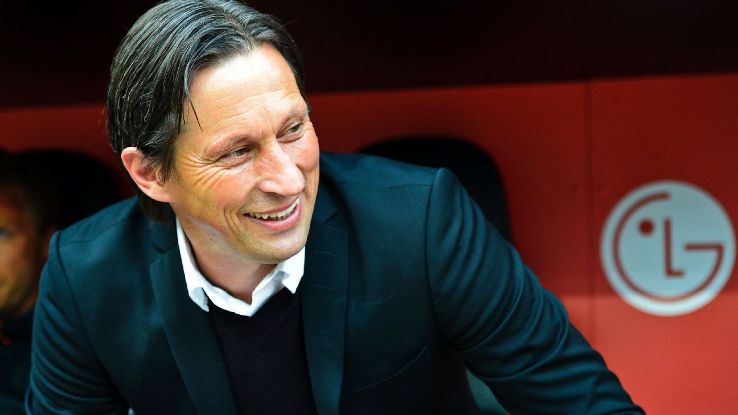 Another German coach who is the follower of the aggressive press-play of football, Roger Schmidt enjoyed a good amount of success with that approach with his former club Red Bull Salzburg and is giving a good account of himself now at Bayer Leverkusen. The 49-year old led RB Salzburg to the Austrian League title and the Austrian Cup triumph back in 2013-14, before joining Leverkusen in the next summer.

In his first managerial season in Germany, Schmidt led Leverkusen to a 4th placed finish, sealing a play-off spot for the Champions League. He followed it up with a stronger 2015-16 campaign, with Leverkusen finishing third in the Bundesliga. However, this year they are in doldrums, stuck in 10th place in the table. Schmidt has many admirers in England and has been previously offered roles in the Premier League before. He is supposedly high on the list at Arsenal and could bring a dynamism to the role, but trophy credentials could prove to be a hindrance.

The current AS Monaco boss has done a fine job with his side in France, after taking over from Claudio Ranieri in the summer of 2014. Jardim led the Les Monegasques to consecutive third-placed finishes in his first two seasons and this term they have emerged as the main contenders for the Ligue 1 title ahead of rivals Paris Saint-Germain. The 42-year old has varying degrees of success everywhere he has managed and has shown great tactical acumen along with a good understanding of the game.

Having lost some of his biggest stars like James Rodriguez, Geoffrey Kondogbia et al., Leonardo has built a strong team at the Principality with a good blend of youth and experience. Under him, Monaco have progressed greatly in France and Europe as well. He has created a powerful team that plays some of the best-attacking football this season, that is reminiscent of the Wenger’s Arsenal sides from the past with marauding full backs, strong core in the middle and an exciting set of young attacking players. He is young, has a strong tactical knowledge and has shown good man-management skills, having managed to revive a dead-and-buried Radamel Falcao. And if he manages to clinch the title this season, he will become a clear front-runner.

There is no question about the mettle and the pedigree of the four men on Arsenal’s managerial shortlist to replace Wenger. But with Tuchel and Schmidt, one might get the feeling that they are yet to prove that they are up for a challenge as big as Arsenal. Leonardo has shown he can make a mark on the biggest of stages, but Allegri could be the best way forward for the Gunners. He has won plenty of trophies, he has shown tactical flexibility and could prove to be a success in North London.