Celtic finished off the season on a high after a well-deserved 2-1 win over Hearts. Michael Johnston’s brace was enough to secure all three points on the final day of the season.

Celtic got off to a dream start as they opened the scoring in under two minutes. Johnston and Henderson played a good one-two before the former smashed the ball in. Lennon couldn’t have asked for a better start.

The visitors almost had an instant answer after Mulraney found some space on the left side and had a pop at goal but it was off target. Apart from that attempt, Celtic looked in control in the opening exchanges and looked to raise the tempo. 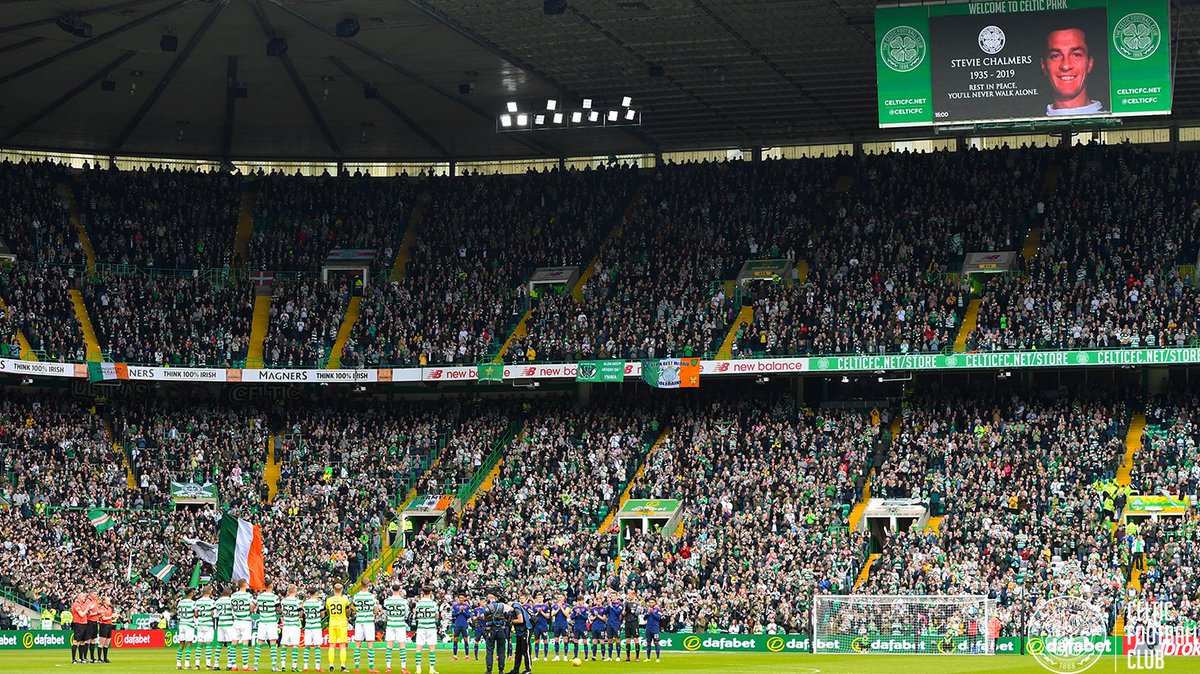 Hearts suffered another early blow as Olly Lee injured his groin while stretching for a ball and he was replaced by Ryan Edwards. The delay due to the injury halted Celtic’s momentum and Hearts got back into the game after the substitution.

The shift in momentum put the pressure on the Hoops, whose goalkeeper made an absolute howler to give the visitors the lead. Bain carelessly passed the ball into the feet of Clare, who laid it into the path of Mulraney for him to curl the ball into the top corner.

The equaliser dented Celtic’s confidence but Neil Lennon’s side still saw most of the ball. The tempo reduced massively and it certainly looked like an end of the season clash. 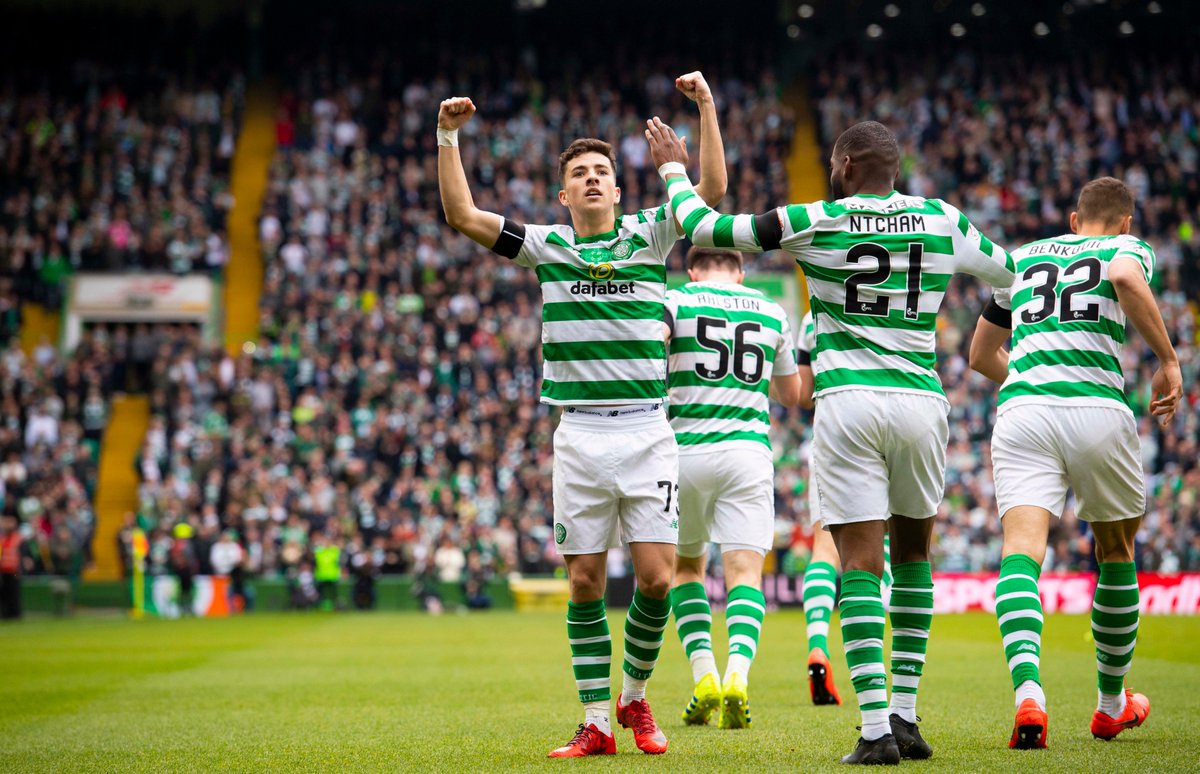 The Hoops had a golden chance to take the lead on the brink of half-time as Johnston pulled the ball back into the path of Toljan, whose right-footed strike went well over the bar.

A boring half which saw both teams score came to an end but Bain would have been kicking himself for his mistake early on.

Celtic made a change at the start of the second half as 16-year-old Karamoko Dembele came on for Oliver Burke. Johnston had the first chance of the half as he tried to place the ball from outside the box but Zlamal pulled off a fine save. 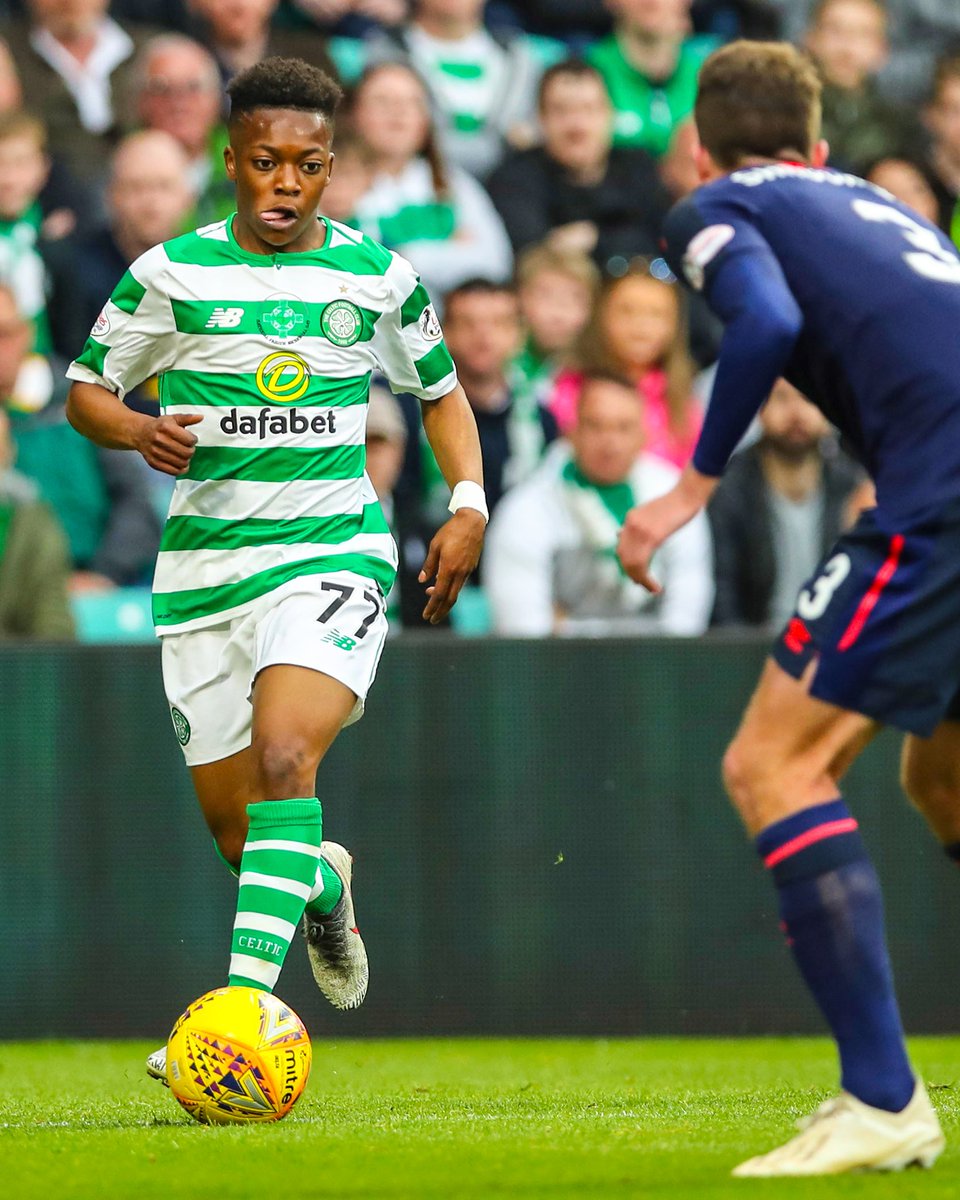 Dembele had a run from the half-way line and tried a curler shot towards the far corner but it narrowly missed the target. A very impressive start by the teenager.

The youngster had another pop at goal from the right side but Zlamal did well to push it away for a corner. Celtic were dominating the game at the hour mark as the visitors struggled to get on the ball.

McGregor came on for Henderson in the 64th minute as Lennon went in for the kill. Benkovic slid in for the ball and brought down Wighton and earned a yellow card for that. 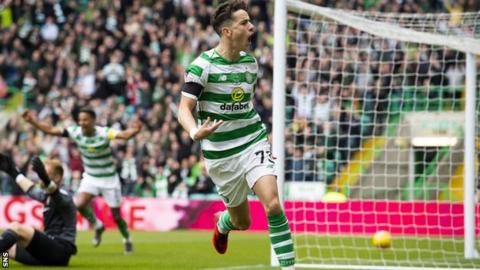 The champions had a huge shout for a penalty as Ajer’s drilled strike hit Shaughnessy inside the box but the referee saw nothing wrong with it and waved play on.

Simunovic replaced Benkovic, who could have played his last game at Celtic Park. Celtic finally got in front after goalscorer Johnston found some space outside the box and had a pop, which went into the bottom corner.

Celtic saw off the game and earned a deserved victory at the end to finish the season on a high.

Here’s how some Hoops fans reacted to the result: