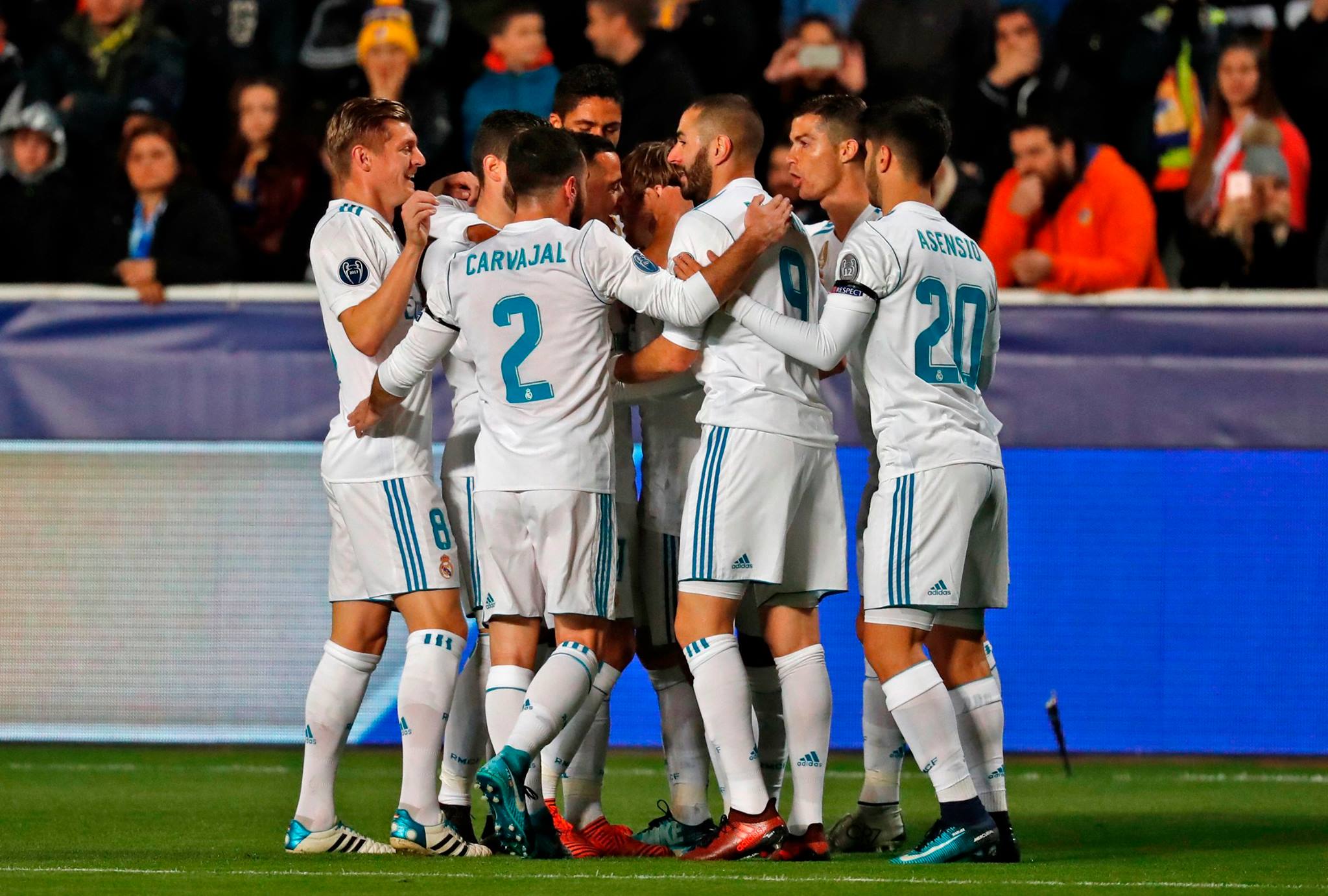 Defending champions Real Madrid are set to host a high-flying Paris Saint-Germain in a high-octane clash on Wednesday, with both teams desperate to seal a victory. The two have been strong competitors for the longest time now and this is easily one of the most anticipated clashes in the round of 16 this time.

Both teams will head into this game with a bout of confidence. PSG beat Toulouse in their most recent match whereas Real put in a solid show to defeat Real Sociedad, with star man Cristiano Ronaldo scoring a hattrick. With that in mind, let’s take a look at a combined lineup comprising of the most in-form players from both sides.

Navas has been far more reliable for Real this season when compared to his PSG counterpart and this will be an important game for him. He will have to be at his best and do well against PSG’s lethal attack force.

Kurzawa has been a force to reckon with on the left-hand side for PSG and he has been a constant threat on both fronts. Be it attacking or defending, Kurzawa can essay both roles effectively, thus earning him a spot in this lineup.

Ramos is regarded as one of the best centre-backs across La Liga and for all right reasons. His influence for Real continues to be unparalleled and that’s why he has received a spot in this lineup.

Marquinhos has been quite impressive for PSG with some well-timed headers and interceptions to clear troubles. His impact will be quite crucial against Real.

Alves seems to show no signs of slowing down and he continues to terrorize opponent attackers with his solidity and power on the right-hand side. In addition to that, Alves is also quite adept at getting his name on the scoresheet and providing assists.

Kroos is one of the best midfielders of our times and although it was tough to choose between him and Marco Verratti, the Real Madrid man ultimately boasted of better stats this season so far, and thus finds a place in this lineup.

Casemiro is the thread that holds the Real attack and defence together and he has been in excellent form this season. He works well with Kroos as well and it will be interesting to see how they fare against PSG.

Completing the midfield trio in this lineup will be Javier Pastore, who has been a key part of the PSG midfield for quite some time now. His effortless creativity coupled with his menacing runs forward will make him a threat on the pitch.

With 27 goals and 14 assists already under his belt, it would be criminal to not include him in this lineup. Neymar has been in brilliant form this season and it will be interesting to see how he fares against a solid Real Madrid defence.

Due to Karim Benzema’s lacklustre shows so far and the fact that Edinson Cavani is doubtful for this fixture, Ronaldo becomes the automatic choice for the striker role. He has netted 23 goals and provided 5 assists so far and he will be looking to get his name on the scoresheet in this highly important fixture.

Mbappe is definitely earmarked for a bright future but he has already achieved superstar status with his prolific displays for the French giants. There is no doubt that this game will be a crucial one for him and he will have to be at his best.