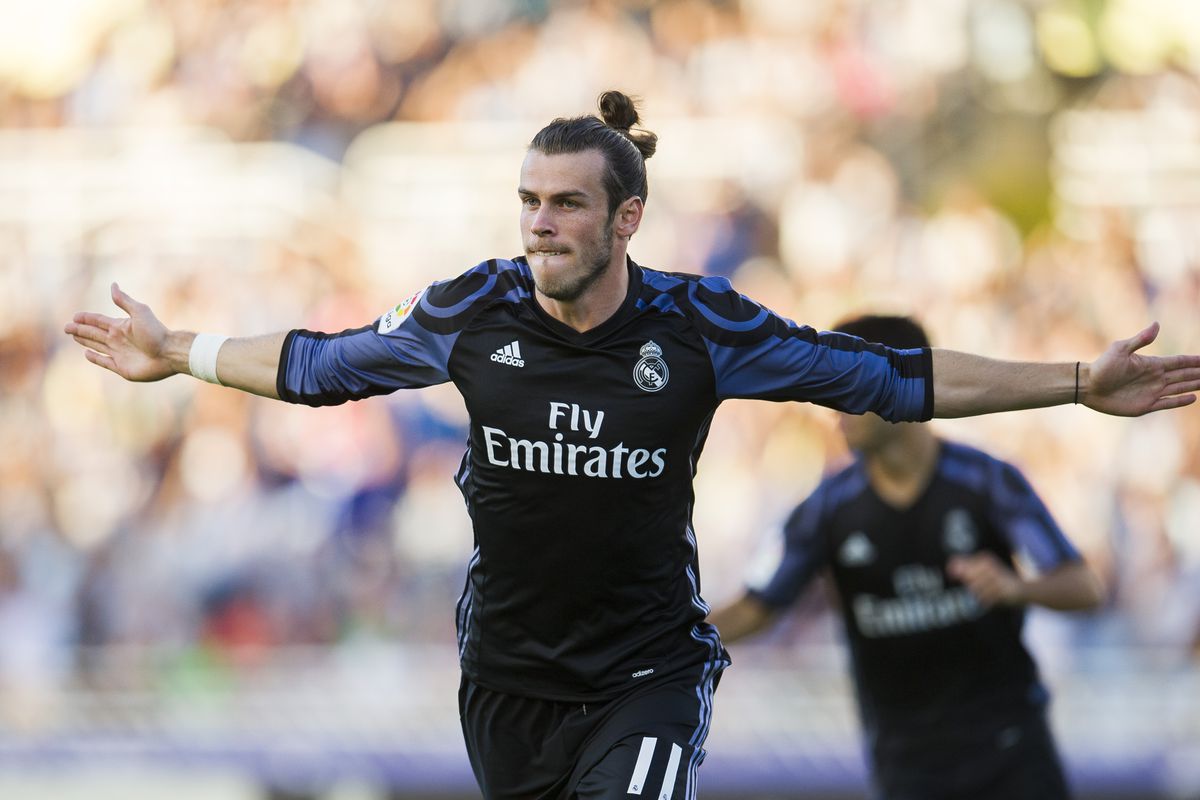 (Despite multiple success in the Spanish Capital winning the Champions League, Copa Del Rey and La Liga it seems it is time for Bale to leave Madrid)

Real Madrid are looking to offload their £85 million Welshman Gareth Bale after falling out of favour with boss Zinedine Zidane and persisting injuries plaguing his time in the Spanish capital with Manchester United, Bayern Munich, Chelsea and Tottenham all looking to sign the Welsh Wizard.

Bale, now 28 has missed over a combined year of football following multiple injuries with consistency a major fault in Bale’s overall game. While the star is undoubtedly fantastic and you only have look at Madrid’s 7-3 win over Sevilla in which Bale notched two goals and a assist to see his genuine quality, but boss Zidane just doesn’t know how long he can let the Welshman play and how fit he actually is leading to limited starts for Bale this season.

When Zidane took the helm of Los Blancos he said “If the BBC (Bale, Benzema, Cristiano Ronaldo) are fit, the idea is that they play,” but in 2018 there seems to be a change of heart for Zidane with Bale not quite fitting in the Frenchman’s preferred diamond formation leading to the star being bench more than played under Zidane.

Carlo Ancelotti was sacked from Madrid for many reasons, among these reasons was the fact the Italian coach underutilised Gareth Bale. This time however it seems club president Florentino Perez will back his manager Zinedine Zidane over Bale and let the Welshman depart the Santiago Bernabeu to fund a move for other more suitable players.

Rumours of a rift between Real Madrid and the player were only worsened by reports that Bale angered the Madrid coaching staff with his attitude on the bench against PSG looking disinterested, bored and even yawning.

To add fuel to the fire the 28-year-old had to be hurried as the star took off his tracksuit to come on for Benzema in the second half, and remarkably then ignored Captain Sergio Ramos order to join the rest of the Madrid team in applauding the fans in the centre circle.

While Zidane’s future at Real Madrid still remains questionable should the Frenchman keep his job at the end of the season it is believed that Bale will depart Spain in order to fund a move for Chelsea’s mercurial maestro Eden Hazard or Inter Milan goal poacher Mauro Icardi.

Despite a host of European clubs interested in the out of favour winger with Manchester United long-term admirers of the Welsh Speedster and boss Jose Mourinho even coaching the former Southampton youth product at Real Madrid it is believed that Antonio Conte’s Chelsea are in pole position to sign the former Tottenham star with Bale to be used as a makeweight for Eden Hazard.

The 27-year-old Chelsea star had admitted he is a huge fan of the former Juventus and Real Madrid midfielder, and that love for one another is seen to be mutual with Zidane admitting “After Messi and Ronaldo, Hazard is my favourite player.”

With a hardworking attitude, an eye for goal and incredible pace Bale would be the ideal replacement for Pedro in West London, the Blues would also need to sign another star to replace Eden Hazard with Real Madrid’s Marco Asensio likely to go the other way if the Belgian maestro dons the White of Madrid next season.

(Chelsea’s Eden Hazard is a huge fan of Zidane and has ambitions of winning the Ballon D’Or, which could be realised should he move to the Spanish Capital)

From a business standpoint, it makes sense to sell Bale, when the 2018/19 season kicks off Bale will be 29 years-old and will be in the latter stage of his career. In seasons to come his blistering pace will decline, his volume of injuries will only continue with age and his stock will too, cashing in on the wantaway star is the right move for Madrid.

For Bale, his Spanish adventure looks likely to be over, but a fresh start looks to be on the cards and for the team that gets Bale’s signature should they keep him fit and use him well it could be a new devastating age in Bale’s career.