Telles could be the perfect replacement for Marcelo

Real Madrid have endured a very eventful summer, with Zinedine Zidane leaving the club and Julen Lopetegui taking his place. The Blancos also saw club icon Cristiano Ronaldo move to Turin to ply his trade in the Serie A. Florentino Perez is expected to splash the cash this summer as Madrid aim to bolster their depleted squad ahead of the new campaign.

Real Madrid are usually the kind of club that likes to do all of its business in the summer, so plenty of arrivals can be expected. The Champions League winners have already brought in Alvaro Odriozola and Andriy Lunin over the last month.

They are now being linked with a move for FC Porto left-back Alex Telles, whose buyout clause stands at €40m. Lopetegui is reportedly interested in signing the defender, who could become Marcelo’s long-term replacement at the Bernabeu. 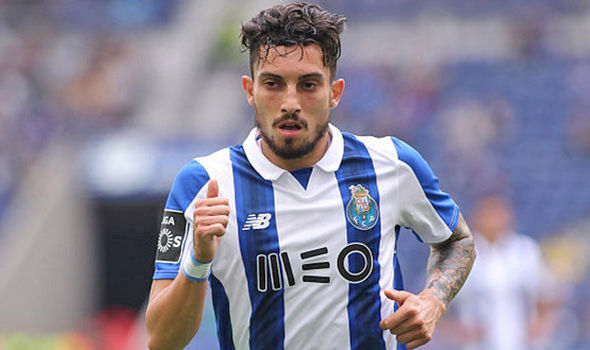 Telles made the move to Porto in 2016, after representing Turkish outfit Galatasaray for two years. The left-back also enjoyed a successful loan spell with Inter Milan.

Since his arrival at the Estadio Do Dragao, the defender has gone on to make a total of 62 appearances for the club, scoring 4 goals. The Brazilian has established himself as a regular in the squad and was largely influential last time out.

He made a total of 30 appearances in the Portuguese league last season, scoring 3 goals and providing a whopping 13 assists, all from the left-back position. Those are very impressive statistics for a player in the wing-back position. He is generally deployed as a left-back but the defender is also capable of playing in left-midfield.

Telles is a strong and committed defender. The former Galatasaray man is rarely prone to making mistakes. He likes to make marauding runs down the flank before whipping in venomous crosses for the attack.

The 25-year-old is also an accurate passer of the ball, averaging a pass success rate of 83.3% in the league last season. With brilliant work rate, Telles is often praised for his ability to run up and down the field with intensity, showing no signs of fatigue. He also possesses good set-piece ability.

Read more: Why this £98m goal machine could be the ideal signing for Real Madrid after Ronaldo’s departure

Madrid have a number of players who will be coming of age soon, which means they need to bring in replacements soon. Marcelo turned 30 last May and there’s not much time left for the Brazilian. Telles could be the perfect replacement for Madrid’s undisputed left-back. He would provide Marcelo with ample cover and Lopetegui could rotate between the two to keep the pair fresh.