Transfers rumours always pour in at this time of the year and this year has been no exception. Rumours are going on thick and fast, some logical (Schürrle to Chelsea), some likely (Suarez to Madrid) and the others absurd (Torres to Barcelona). If all these rumours go through, we will only have teams that we create in our Fantasy Premier league. But then no one expects all these deals to go through, although some have more chances than the others. We will discuss the likelihood of some of these transfers rumoured to be completed within the next months. 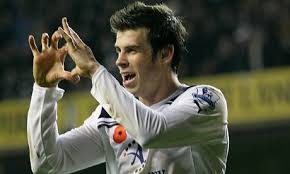 Gareth Bale to Real Madrid – Judging by the past, when Real Madrid and especially Florentino Pérez wants something, they get that thing. It was the case with many players and particularly Ronaldo when they were able to force a transfer although Ferguson stood his ground for a couple of seasons. If the rumoured £85m is somewhere even near what they actually offered, there is no reason for the transfer not to go through as Spurs can purchase a number of top players with that money. 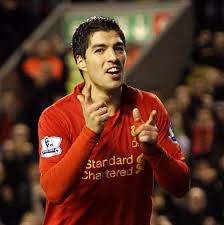 Luis Suarez to  Real Madrid – Suarez has openly voiced his intention to leave England this summer owing to the press handling of him. He has also maintained that Real is his likely destination, and if Higuain leaves Bernabeu, Suarez will prove to be  an ideal replacement and in fact more than just a replacement. Although, it would be an irreplaceable loss for Liverpool if Suarez leaves, they should be happy with the £50m they would receive as his transfer fee.

According to Sky Sports Football, Suarez has expressed interest in playing for Real Madrid in La Liga, so his status with Liverpool is certainly shaky at best

Gonzalo Higuain to Arsenal – Arsene Wenger is determined to flex his financial muscles this season after years of austerity. They are in dire need to sign a high profile player and Higuain should fit in perfectly. Although knowing Arsene we all are a bit sceptical about the transfer ultimately being completed. Higuain is almost certain to leave Madrid though with Seria A giants Juventus to be his other likely destination.

Edinson Cavani to Chelsea – Chelsea are still licking the wounds of losing their prime target Falcao to super rich Monaco while Mourinho needs a striker without much ado and Cavani is more than capable to fill in. But then Napoli would not wish to let go of their star player without a fight and even if they agree the club would command a huge fee in the range of £50m. This may jeopardize the deal slightly.

Also latest report from the Guardian suggests that Real Madrid are also in for Cavani, which may lead us to a bidding war, but then when has money been a factor for Roman?

Wayne Rooney to Arsenal – This deal would be a big surprise if it finally goes through. Arsenal fans would project this as “an eye for an eye” but United fans would certainly disagree. The transfer fee should not be a setback, but the rationality and the wage demands of Rooney may be.

But any Arsenal fan out there, thinking that this deal may happen would have to think about Rooney’s wage demands which are as high as £250k a week, an amount that Wenger will not even consider looking at.