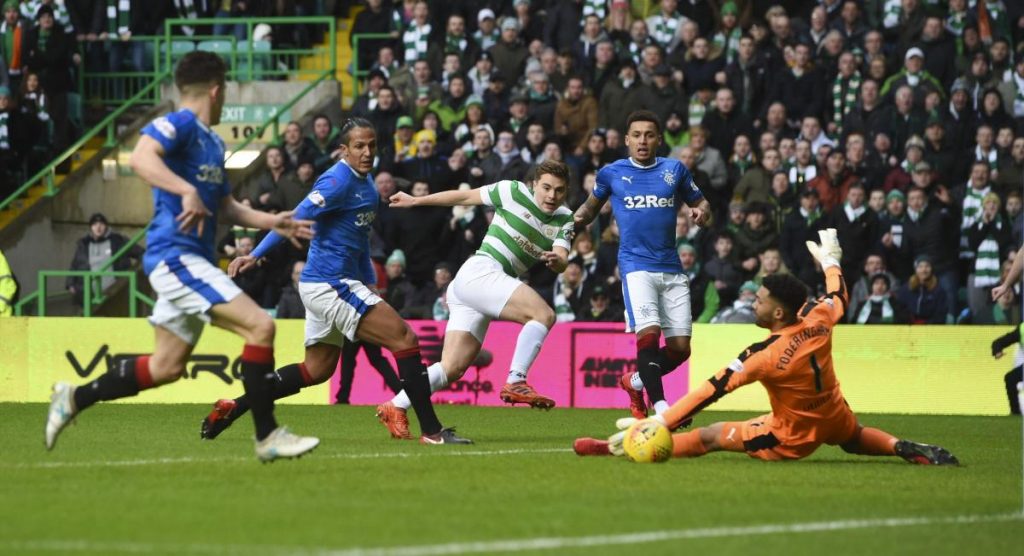 The Glasgow Derby between Scottish heavyweights Celtic and Rangers always makes up for a charged atmosphere. Given the history, the animosity between the two clubs, the tie always promises to produce great sparks and the stakes will be higher this time around, given that the Gers are just six points off the Hoops in the Premiership. They will be hoping to make a late push for the title.

Rangers haven’t had the best of the fortunes when it comes to the derby in recent times but considering the form that they have been in recent weeks, they would back themselves to come out on top this weekend. On the other hand, Celtic will be intent on holding on to their top spot after enduring another disappointment on the European front.

The game of such a magnitude usually gets decided on the smallest of the margins and with the kick-off not very far away, here we look at three key battles that could decide the outcome of the game.

It is no secret that Celtic captain and midfield marshal Scott Brown relishes the derby games. The 32-year old always seems to be fired up a touch extra when the Gers are lining up against his side and always seems to bring out his best for these encounters. Few do the dirty work in the midfield as well as he does, breaking up play regularly and starting off attacks.

He will be up against the in-form Josh Windass, who has been flourishing in the No.10 role of late for the Light Blues. The 24-year old has scored 5 goals in his last 4 league outings and has been in sensational form.

Will Brown will be able to tame the goal threat that Windass offers? Or will the Rangers man get one over the seasoned pro? The outcome of this battle will have a great bearing on the result.

Scottish international James Forrest doesn’t always get the credit he deserves but the winger has been one of Celtic’s best players in the domestic competitions this season, having registered 16 goals and 5 assists in all competitions.

On Sunday, he will be up against Rangers left-back Declan John (provided he is declared fit) or Andy Halliday if the former doesn’t make it. Halliday has hardly looked at home in a makeshift position at left-back while John too will be only returning from an injury which could hamper him to a certain degree. How the Gers’ left-back deals with the threat of Forrest will have an impact on the game.

Rangers’ Alfredo Morelos is the leading goalscorer in the Scottish Premiership with 13 goals in 27 appearances. The Colombian striker has proven to be a great asset for the Gers since his summer move and has grown into an integral part of the team. Fast, strong in the air, and strong on the ground as well, he has all the attributes needed to pose some serious problems to the Celtic defence.

He will be up against Celtic’s young breakout star Kristoffer Ajer. The 19-year-old Norwegian defender has shown great composure and maturity at the back for the Hoops and has held things together well in the absence of the likes of Dedryck Boyata and Jozo Simunovic. However, going up against Morelos, Ajer will need to be at the top of his game or the Colombian could make him pay.