According to a report from SDNA, Rangers are interested in signing Vassilis Lambropoulos from AEK Athens in January.

Steven Gerrard’s Rangers were interested in signing Millwall defender Jake Cooper but their hopes of signing him were extinguished when he committed his future at the Den by signing a long-term contract. Following Cooper’s commitment at Millwall, it appears as if the Gers have switched their attention to AEK Athens defender Vassilis Lambropoulos.

The 28-year-old has enjoyed a stellar 2018 so far. He has guided AEK Athens to the Superleague title, knocked Celtic out of the Champions League and made his international debut last month in a 1-0 home win against Finland.

The Greek defender has a contract at AEK Athens until the end of the season and it seems unlikely it’ll be extended. AEK Athens might be reluctant to let him leave on a free transfer in the summer of 2019, meaning there are chances that they might cash in on him in January.

With a good possibility of AEK selling Vassilis Lambropoulos in the New Year, should Rangers make a move for him? 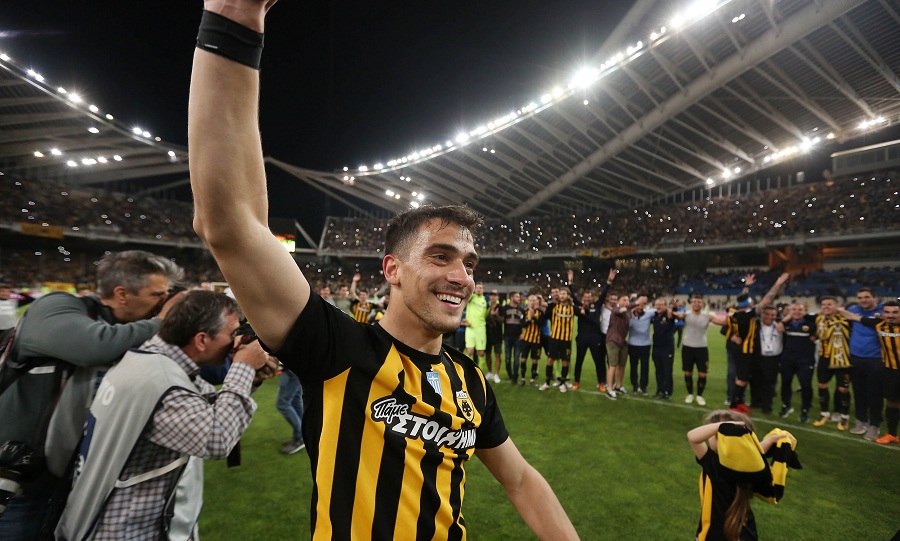 Rangers have a plethora of options in central defence as Steven Gerrard brought in Connor Goldson, Nikola Katic, Joe Worrall and Gareth McAuley in the summer. But Joe Worrall has not been composed in his performances of late while Nikola Katic, after a bright start to life at the Ibrox, has found it difficult to walk back into the starting XI.

That has seen Goldson and McAuley form a strong partnership at the back for Gers. It’s true that Rangers have sufficient cover in central defence but going forward, they’ll definitely need more. Joe Worrall is one a season-long loan from Nottingham Forest, while Gareth McAuley joined the Gers on a free transfer from West Brom until the end of the season.

With Worrall set to return to Nottingham Forest at the end of the season and the 39-year-old McAuley in the final stages of his career, Gerrard should avoid a potential burn out of options and sign Vassilis Lambropoulos in January.

Standing at 6ft 1in, Lambropoulos came up through the Olympiakos ranks but failed to make the cut. He moved to Asteras Tripolis, Ethnikos Asteras and Panionios before finally finding his home at AEK Athens in 2014. The 28-year-old has had a brilliant year with AEK, emerging as a late bloomer.

Lambropoulos would probably represent a big risk since he has no previous experience of the Scottish league and is relatively known. But Gerrard should take the gamble as he’ll be available in a cut-price deal in January and has shown his quality in Greece.

Read more: Rangers signing this 28-year-old Newcastle star would have a massive say on the title race

At 28, Lambropoulos is playing at the peak of his powers, and his aggressive and no-nonsense style of defending would make him a perfect fit for the Scottish Premiership. Thus, Rangers must not waste any time in striking a deal for the versatile defender.