Rangers Opinion – Should the Gers keep hold of Jamie Murphy?

According to a report in Daily Record, Rangers winger Jamie Murphy is a transfer target for English side Blackpool, as they aim to make a move for the former Brighton star during this transfer window.

Th 29-year-old, who spent almost the whole of last season recovering from a horror cruciate knee injury, is now back to full fitness and raring to make an impact in the Rangers jersey. (h/t Daily Record) 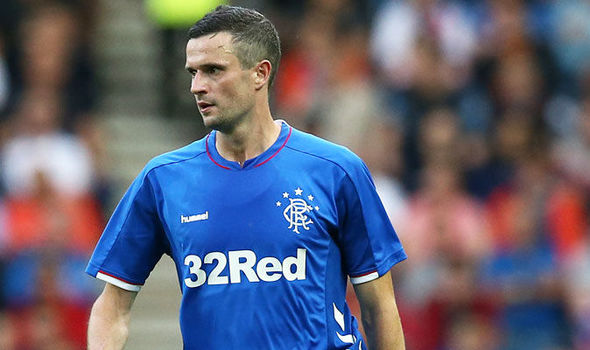 On the other hand, Blackpool are looking to swoop in for the player with their boss Simon Grayson making his second attempt to sign him, having made the first one when he was at Sunderland two years back. (h/t Daily Record)

Currently, Murphy’s contract at the Ibrox runs until the summer of 2021. Thus, the Gers shouldn’t be under any pressure to sell him. Furthermore, here’s why the 29-year-old shouldn’t be sold at any cost by Steven Gerrard’s men:

Depth in the forward line would help Rangers

Predominantly a left-winger, Jamie Murphy is capable of playing on the other side of the forward line or operating as a second/support striker if required by the team.

With the knee injury keeping him out for a long time, the 29-year-old couldn’t make much of an impact last season. However, he has been a decent addition to the Rangers team by scoring six goals and supplying 13 assists in 27 appearances for the Ibrox-based side.

In terms of his attributes, Murphy possesses good pace to stretch the opposition defence. He can dribble past people to create spaces for a cross either in the box or cut inside to have a shot. Furthermore, he is physically strong on/off the ball and doesn’t mind helping the team out defensively in wide areas.

All in all, it has to be said that Rangers would do well by keeping the 29-year-old in their squad rather than selling him. Having more depth in the forward line, especially after the departure of Ryan Kent, is something that would help Gerrard’s men big time.

Thus, we can conclude by saying that the Gers should keep hold of Jamie Murphy, at least for the upcoming season, despite interest from Blackpool.